Many growers have been struggling with increasing energy prices, making lit-cultivation hardly financially sustainable. Yet, some growers just can't do without lighting, and found ways to get by without having to necessarily halt winter production. On the other hand, advancements in research on lighting crops are providing new insights on how to best grow at high efficiency. Here are 10 stories on lighting from 2022.

"You can't grow on water without lights" Peter and Christel Verschaeren of Hydroponic recently installed a new CHP system. That means these Belgian growers are all set to grow a crop under lights this winter, having already invested in LED lighting. "We couldn't have switched to LED at a better time. We can achieve the same cultivation rate but with less light," begins Peter.

The 1.2-hectare greenhouse used to feature HPS fixtures. LED replaced those, 1-to-1 using the existing wiring. The move to water-cooled LED lighting means the lettuce growers' lights use less power. "Our electricity consumption has dropped from 265 kilowatt hours to 220 kilowatt hours. Our lettuces now have 67 micromoles illuminating them. Before, with the HPS, that was 38 micromoles."

Higher productivity and earliness are the story behind these pink greenhouses 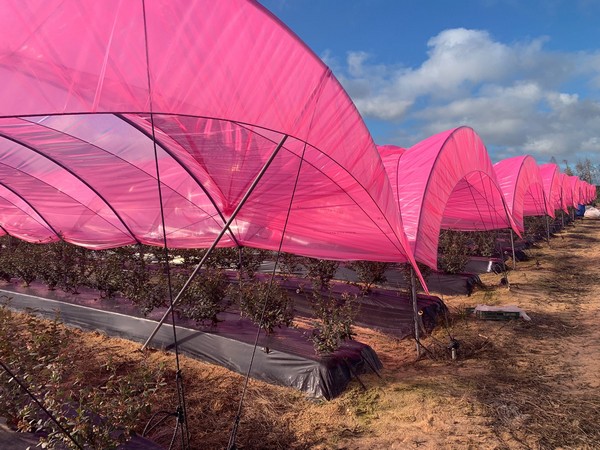 "Plastic has become the greatest ally of protected agriculture. In little more than a century of history, this material has brought about a technological revolution that has led to unimaginable advances in all areas of human activity, making it an essential part of agricultural greenhouses", says José Góngora with Cascade. "It offers protection from the weather; it has the capacity to create a stable microclimate that results in quick and uniform growth of the production, and it allows the sun's light and heat to be used throughout the year. It was precisely this capacity to interact with solar radiation that led Cascade to put the technology at the service of agriculture and improve the light inside the greenhouses."

"Far-red light has a positive effect on strawberries" 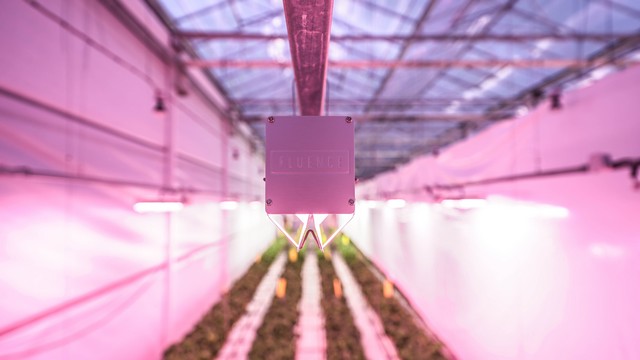 Strawberries are becoming increasingly popular amongst consumers. In fact, they are so popular that many growers are expanding their cultivation, often moving away from the open field and placing their plants in protected environments instead. Existing tomato, cucumber, and other crop growers are even exploring allocating space to strawberry growth in high-tech greenhouse environments. One of the benefits that comes with such environments is the lit cultivation it allows for. At the same time, as this development is relatively new, there are still quite a few gaps in knowledge on how best lighting practices. That is why Fluence by OSRAM, together with Delphy Improvement Centre, is conducting extensive research on this topic to improve yield and fruit quality and examine the effect of lighting on shelf life. Last year, they examined what light spectra are best suited for specific growth stages. Now, they are shifting their focus to light intensity with optimized spectra. Thus, it's high time to ask some questions. 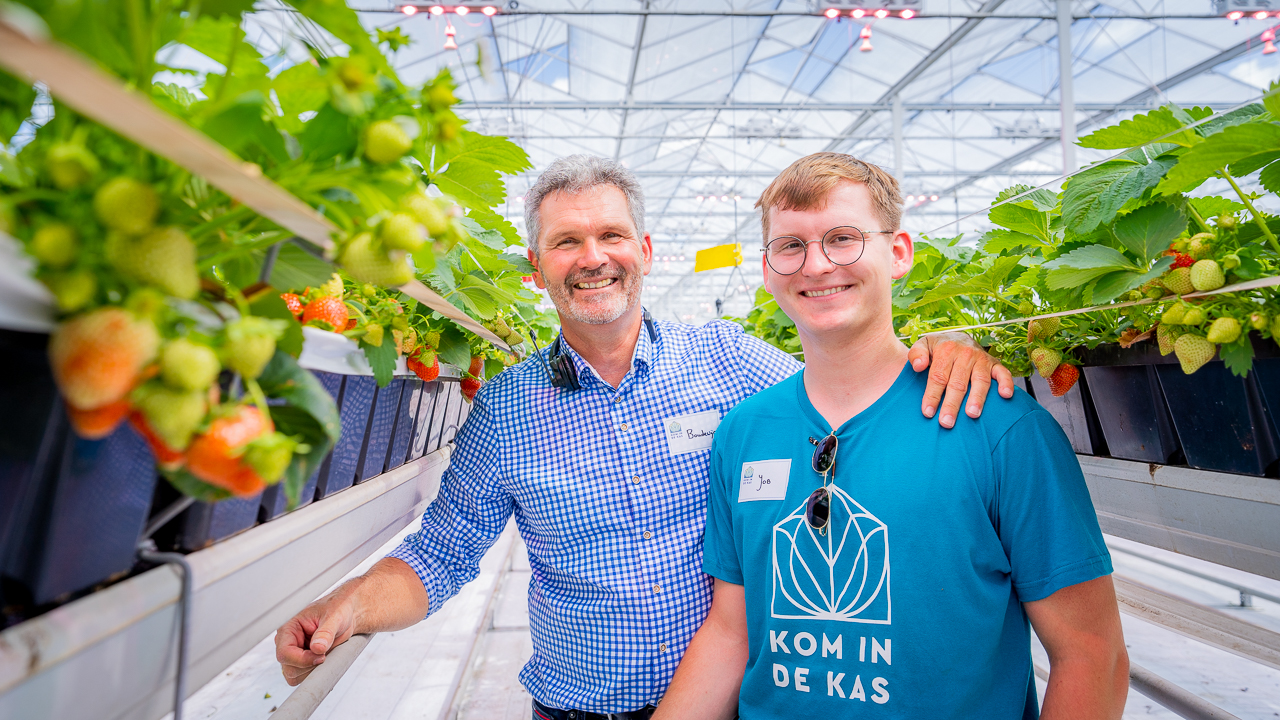 With 20 hectares, the strawberry greenhouse of Dutch Berries was already the largest in the Netherlands when it opened in 2018, and 2 years later, the company expanded by another 4 hectares. Meanwhile, the nursery is equipped with 14 hectares of LED lighting in order to supply strawberries all year round.

"Water-cooled LEDs are essential to any expansion" 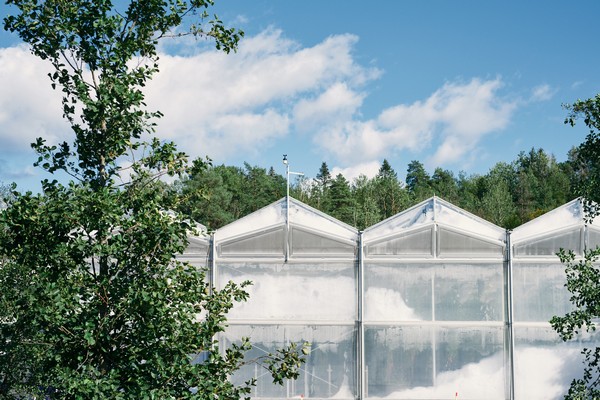 Koppert Cress has planned two expansions this year, which are both focused on technological innovation, CO2 neutrality, and energy savings. The choice of LED is a logical one. Koppert Cress was the first grower in the world who believed in LED lighting to conserve energy and thus gain more control over the development of the crop. Devised in partnership with Oreon, the water-cooled concept involved capturing heat from the LEDs and storing it in the ground. It's a successful and sustainable concept that fits seamlessly into Koppert Cress's vision. After six previous installations, Oreon's water-cooled LED lights can now almost be called a starting point for future development phases of the company.

Fluence and HAS University partner to explore dynamic lighting strategies

Dynamic lighting is a concept that has been going around the industry for quite a while now, yet its benefits have not been backed up by science. That is why Fluence partnered up with HAS University of Applied Sciences to observe the effects of alternating spectra on young plants. “Usually, propagation is done with broad spectrum for uniform growth and easier transplantation. With this research, we wanted to see the effect of alternating spectra during the propagation phase of tomato and cucumber but also on the full cycle of lettuce and basil grown indoors to identify possibilities for energy reduction without sacrificing plant quality,” says Haris Ouzounis, Research Project Manager at Fluence EMEA. 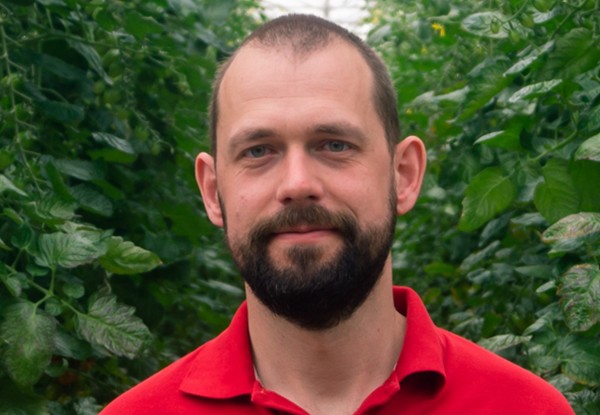 Tomato grower Den Berk Délice is going to light no more than 20 of its 90 hectares this winter. The reason is obvious: the energy crisis. Tom Beyers, cultivation & biology manager, explains how he used Delphy's Quality Management System to calculate strategies.

Data is becoming increasingly important in all plant sectors. New techniques make it possible to collect and exchange data easier and faster. In addition, more and more sensors are becoming available to help measure crop development and key environmental factors. 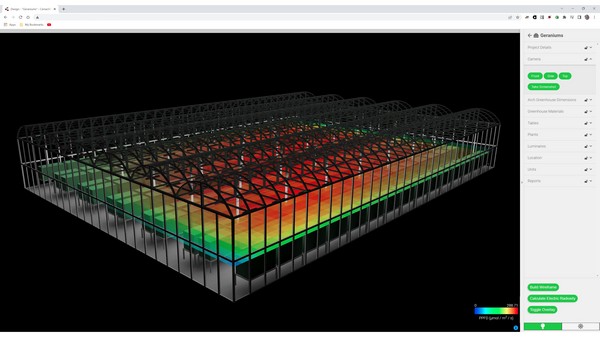 “There are no other competitors to HelioSol’s GreenHouseDesigner. No other software is designed specifically for horticultural applications unless the user wants to design the CAD model from the ground up,” says Ian Ashdown, Senior Scientist for SunTracker Technologies (whose software products are licensed exclusively through HeliosSol Software Solutions).

Ian Ashdown has had a long and industrious career in lighting, with his early work focusing on both software development for architectural lighting and LED research and development. In 2016, Ian received a request to simulate a lighting design specifically for an indoor horticultural environment. While addressing this request, he realized that there were no easy-to-use lighting design software programs that were specifically designed for horticultural contexts.

New lighting system at the University of Bologna's experimental greenhouses 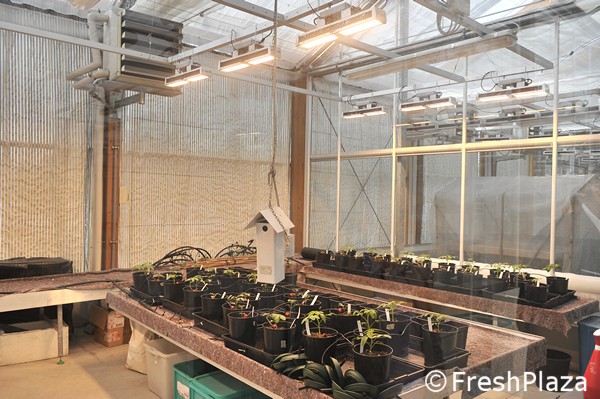 Distal, the Department of Food Sciences and Technologies at the Italian University of Bologna, one of the largest centers in Europe in the field of agricultural research, has chosen the company C-LED to completely renew the lighting elements in its experimental greenhouses.

The old sodium lamps have been replaced by 430 Combo LEDs of 300 watts each. This should save 40% on electricity.