10 mergers and acquisitions from 2022

After COVID, people couldn't wait to finally get together again. The horti industry too seized the momentum and got together big time. Here are 10 of the many mergers and acquisitions that happened in 2022.

"We can now capture the whole value chain, from young plants to the consumer" 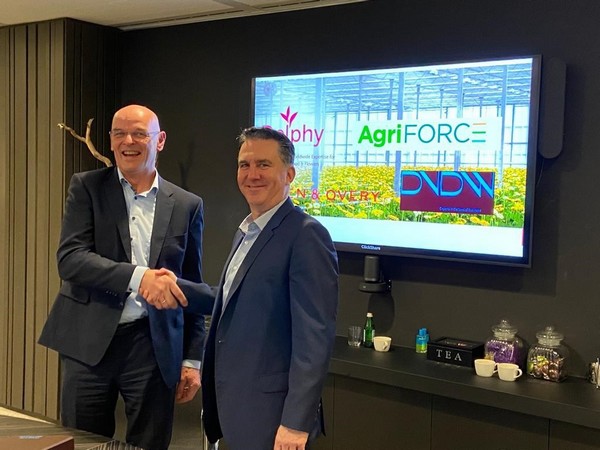 AgriFORCE has been on an acquisition spree as of late. Recently, the company has announced two in-process acquisitions, namely AgTech consulting company Delphy and Belgian plant tissue culture propagator Deroose. "Our goal is to unlock the value of plants and food systems," says Ingo Mueller, CEO of AgriFORCE. "Our strategy is a two-legged stool. Our Solutions side is all about how to produce better crops more sustainably. On the Brands side, we are committed to delivering that to the consumer. The businesses of both Delphy and Deroose fit that profile -- capturing the whole value chain, starting from young plants, then it migrates up the chain, and ultimately to the consumer." 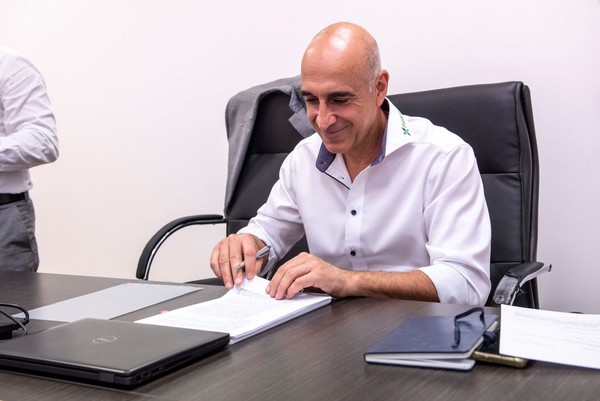 Paskal and Tecnografting have signed a deal to merge the companies. The acquisition of Tecnografting is aligned with Paskal Group's growth strategy and will strengthen Paskal's position in the nursery sector. The company expects that Paskal's strong presence in the markets and its large sales team will contribute to the sales of Tecnografting's products. 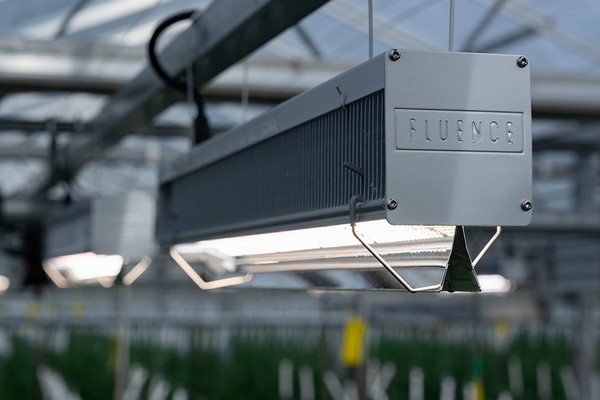 Signify has completed the acquisition of Fluence from ams OSRAM. Fluence will operate with a separate go-to-market as an integrated business unit within Signify's agricultural lighting business in the Digital Solutions Division.

"We're excited to welcome the Fluence team and start working together to drive horticultural lighting innovation and create value for growers around the globe," said Harsh Chitale, Division Leader of Digital Solutions at Signify.

"Since we can see the whole life cycle of the greenhouse, we can think about it holistically"

Over the past year, the horticulture supplier BFG Supply has acquired four companies with a precise goal in mind: expand their network, products, and distribution capabilities. "The first acquisition we completed was Gard'n-Wise in December '20," Dave Daily with BFG says. "And then, in March '21, we acquired L&L Nursery Supply. The rationale behind these acquisitions was to expand in the Western US: with Gard'n-Wise, we entered the Mountain West region, while with L&L, we gained a foothold on the West Coast." 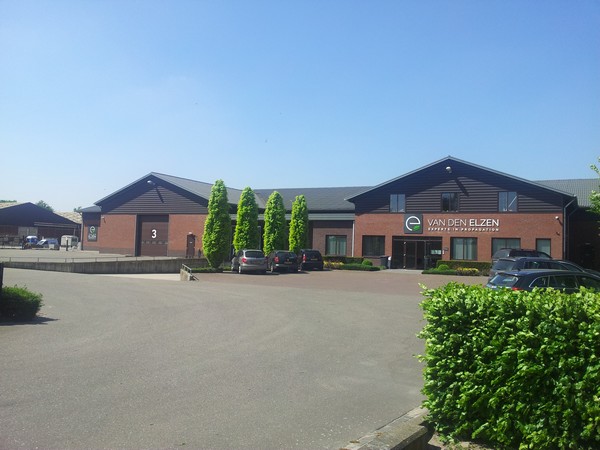 The two Brabant nurseries Het Broek Softfruit and Van den Elzen Plants, are going to merge. This will create one of the largest plant nurseries in Northern Europe. Both family companies together have almost 100 years of experience in the strawberry, raspberry, and asparagus sectors.

The new management will consist of managing director Arnoud van Asseldonk, operational director Bart van Eerdt, commercial director Maurice Deben and a financial director, who is yet to be appointed. The current owners of Van den Elzen Plants, Henk and Jos van den Elzen will continue to be involved in an advisory capacity. 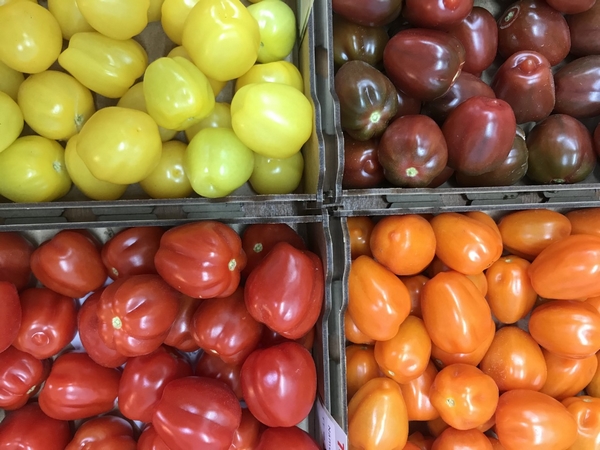 Nirit Seeds and TomaTech specialize in breeding vegetable seeds, primarily tomatoes. AP Partners Fund and Discount Capital (an investment house) acquired the two companies at a value of over $60 million with the aim of merging them and creating the largest Israeli vegetable breeding seeds company. The new company will benefit from significant synergies and unique R&D capabilities that will drive accelerated growth in the global vegetable markets.

Following the merger, the workforce will get to above 80 employees globally and will include molecular biologists, breeders, agronomists, sales experts, and others. The new company will continue its comprehensive breeding operations in Israel, Spain, Mexico, and Italy and will significantly expand into the Netherlands and North America, targeting high-tech greenhouses while strengthening its marketing channels in those regions and establishing new channels in other geographies.

Midstream Lighting has completed its acquisition of Hyperion Grow Lights. Midstream will retain the Hyperion brand as its horticulture offering; under the leadership of former Hyperion Managing Director Jonathan Barton.

The CEL Group of Companies ("CEL") announced that it would be joining the Madison Industries ("Madison") group of companies. CEL is headquartered in Winnipeg and is comprised of Winnipeg-based Conviron and Argus Controls based in Surrey, BC.

The acquisition is the culmination of the 58-year ownership of CEL by the Kroft family of Winnipeg, which was started by Richard Kroft in 1964. Steve Kroft, Richard's son, joined the business in 1997, becoming its President and CEO in 1998 and acquiring its majority ownership in 2006. Steve managed the business until 2019 when John Proven became the company's President, at which time Steve assumed the role of Executive Chairman.

The company also announced that it had tapped Sun Gro's Export Sales Vice President, Kirk Johanson, to lead the Pelemix Mexico, Central and South America, and Caribbean businesses. The Mexican operations, including their distribution facilities, will continue to be managed from their existing office in Guadalajara, Mexico. The Pelemix US and Canadian operations will be integrated into Sun Gro's existing organizational structure in both countries.

Sun Gro will continue to work collaboratively with Pelemix to leverage their global operations and source high-quality coir and finished products from the Pelemix facilities in Sri Lanka, India, and Thailand. 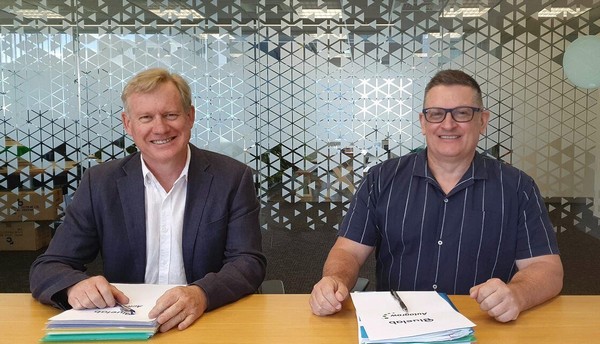 New Zealand-based Agri-tech company Bluelab has acquired automation company Autogrow as part of a global strategy to expand operations into new territories and increase its range of technology offerings to customers.

Both companies combined have almost 60 years of expertise in the horticulture technology sector and have employees worldwide, including the United States, Canada, Asia, and Europe.

"We are incredibly excited to announce this acquisition and what it will mean for the industry. Autogrow brings complementary products to our portfolio and strong relationships already in-market, particularly in South-East Asia," says Bluelab CEO Greg Jarvis.