Relationship between Pythium and oxygen in cucumber cultivation investigated

The Stichting Control Food & Flowers has studied the relationship between substrate oxygenation and susceptibility to Pythium in cucumber cultivation. In the trial, two treatments were compared, one with and one without oxygen treatment. The conclusion was clear: only an oxygen-rich root environment offers resistance to Pythium attack.

In one treatment, the oxygen level was normal, or the average level measured in practice. In the other treatment, oxygen was kept at a high level through an aeration system. In the trial, which lasted six weeks in total, Pythium was added to the plants at a certain point. The control plants were not given Pythium.

Oxygen levels in the two treatments 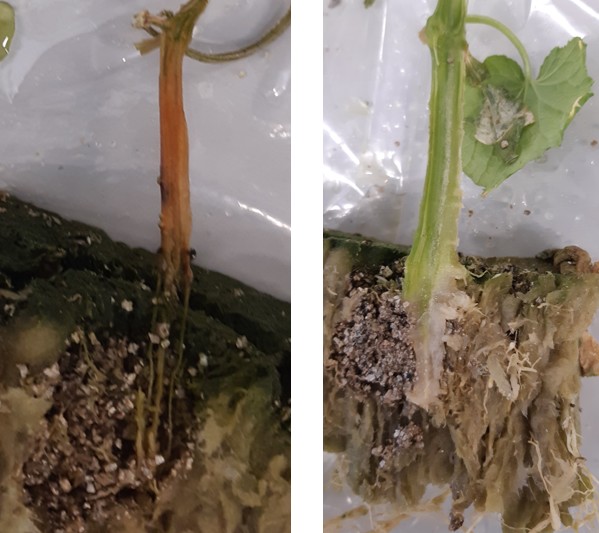 No oxygen vs. oxygen

Measuring is knowing, the researchers conclude. Parasites such as Pythium are particularly likely to strike during warm days with high temperatures and poor water quality. Real-time measurements provide better insight into what is happening in the root environment. With a sufficiently high oxygen level in the substrate, the grower ensures more resilience in the plant.