Peppers, cucumbers and tomatoes - all grown following the German organic rules, without the use of CO2 and on an acreage of six hectares. That's the new BIOhof Kirchweidach greenhouse that was opened this Friday by Josef Steiner and his sons Wolfgang and Florian. With five different compartments and operating on geothermal energy the 12 million euro costing venture will be supplying the local market with its produce.

Since its foundation in 2014 the greenhouse company of the Steiner family has grown to a glasshouse acreage of more than 20 hectares. The products, including tomatoes, peppers and strawberries, are grown exclusively for Rewe and Penny. Also the vegetables from the new greenhouse will be going to Rewe Group. Isn't that risky? "At the beginning, I also had these thoughts in mind, but the Rewe Group has proven to be a good partner, and so today I can say: It is more chance than risk", Wolfgang says.

Josef has seen his business grow and grow, and further expansion plans are in place. In the future, 3 hectare tunnels will be added to enlarge the strawberry production and another 4 hectare glasshouse is to be added in Emmerding, for growing tomatoes in winter. He laughs that after that, he'll need some recovering time with this wife.

Stepping down doesn't come to his mind - but the management has been passed on to his sons and Florian will be directing the new greenhouse. "I like to make decisions based on gut feeling, and that includes experimenting a lot as well, but by now our company has grown to over 200 employees. As a managing director you are the one responsible", he explains. "And my sons can simply do better." 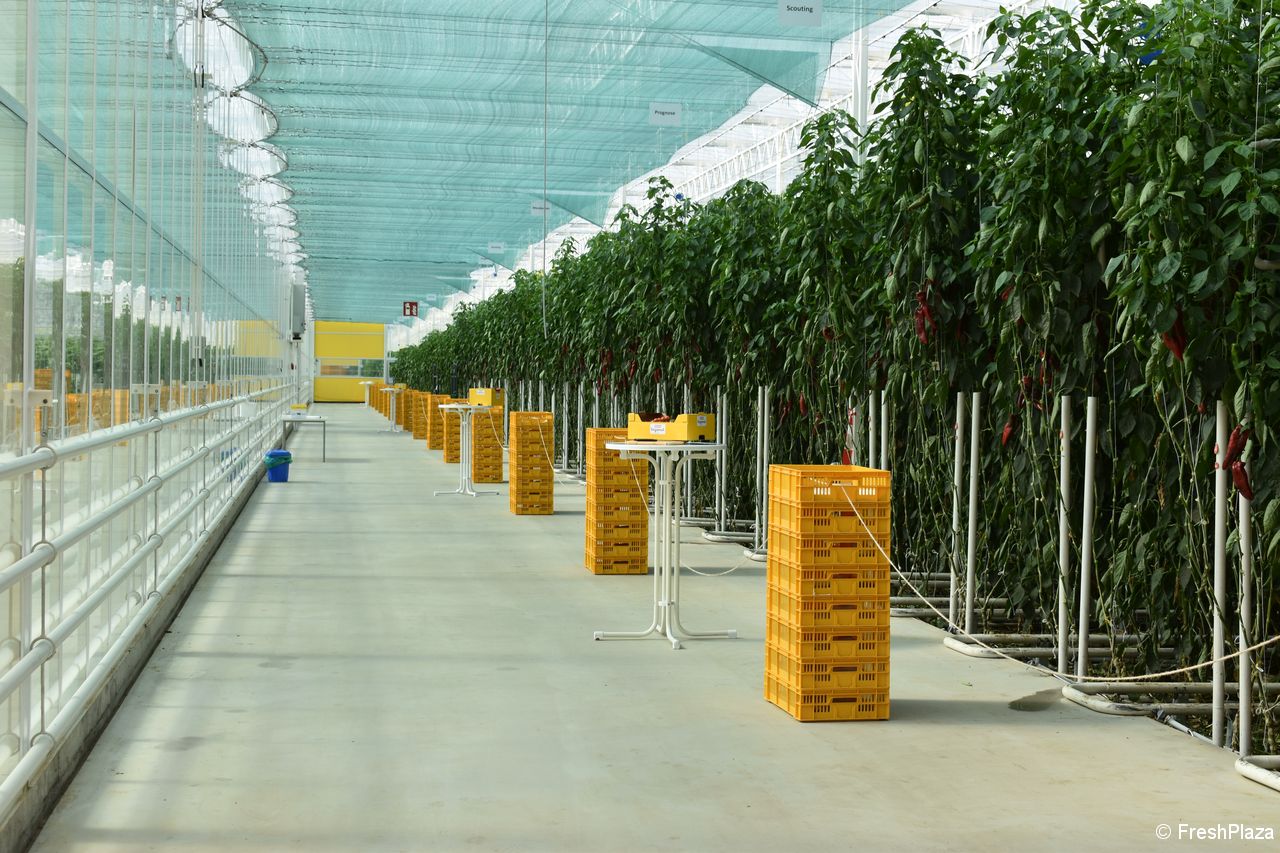 Growing organic
So Florian will be in charge of the new greenhouse, that has been realized in the last 8 months by Bom Greenhouses. "We grow without using fossil fuels, this climate-friendly energy concept is unique and a showcase for sustainability and ecological heat use across Europe", he explained before the opening.

In the organic greenhouse their own compost is being used, as well as rainwater of the greenhouse roof that is collected. Of course IPM and bumblebee pollination play an important role in the organic cultivation.

The facility uses geothermal heat from a nearby facility and waste heat from a biogas plant. Then there are photovoltaic screens installed to complete the energy concept.

The geothermal energy system is something the Steiners know very well. Ever since 2013, the heat not used by the greenhouse growers is supplied to the nearby village. It is one of the things that makes the Steiner greenhouse popular in the area, said representatives from the local government.

"Geothermal drilling would not have been worthwhile for our 400 residents, but the Steiner project was a great and forward-looking project," said the mayor of Kirchweidach. District Administrator Schneider added: "The Steiners are very well integrated here in the region and have improved the infrastructure and created jobs." Thanks to the company, Kirchweidach is now 'the mecca of cultivation under glass'."