Fresh herbs from halls and bunkers

From a hall instead of a field: ETH spin-off YASAI soon wants to harvest 20 tons of herbs per year from an indoor plant. Vertical farming primarily brings ecological advantages. More can be produced with fewer resources, according to ETH Zurich. 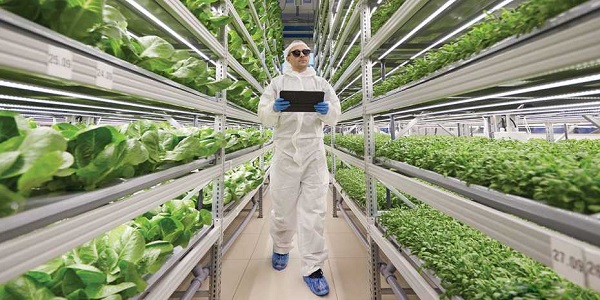 This is how the founders of ETH spin-off YASAI envision the future of agriculture. (Image: YASAI)

"Our ecological footprint depends to a large extent on how we produce our food," Zahran says in the small forecourt of the office, with the Sihl River rushing a few meters away. "In addition, we need solutions on how to sustainably feed a world population of 10 billion people by 2050."

Zahran, who graduated with a master's degree in architecture from ETH two years ago, is the founder of YASAI. It means 'vegetables' in Japanese, and it shows what novel agriculture is all about. With the technology of the future, "vertical farming", crops will no longer be grown outside in the fields, but indoors in high-rise buildings or high halls: Vegetables, salads and herbs will grow, stacked on top of each other on several shelves. What's special about it is that the plants don't thrive in soil, but in nutrient-rich water. The climate of the room - light, temperature, irrigation - is regulated automatically. Artificial intelligence helps create the ideal conditions.

Better yields, less consumption
There is 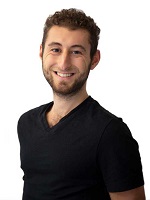 some evidence that this new way of growing vegetables has a future. After all, production under artificial conditions is much more resource-efficient than that in the field. "On the same area, we produce 15 times more and need 95 percent less water," Zahran explains. Furthermore, no pesticides are needed, and because cultivation takes place in the settlement area, there are no transportation costs that are harmful to the environment. "Our products are even better than organic. Because we produce more sustainably, we can make more from fewer resources. Guaranteed without pesticides," says Zahran.

More than other vertical farming startups, YASAI is committed to the circular economy. Indeed, the biggest problem with vertical farming is the energy needed to heat the sheds to 25 degrees and mimic sunlight using lamps. "That's why we use waste heat for heating and energy-saving LED lamps for lighting." In addition, organic waste will be recycled for cultivation and fertilizer from wastewater will be used.

Zahran got the idea for YASAI on a study trip to Mexico City, where he read a book by vertical farming pioneer Dickson Despommier. In his master's thesis, Zahran then looked for spaces in Switzerland that were suitable for vertical farming. And he found what he was looking for: "Unused industrial halls with high ceilings abound here, and underground bunkers are also quite suitable." At the end of 2020, Zahran founded a company together with his half-brother Stefano Augstburger and environmental engineer Philipp Bosshard. The three honed the concept for their first 'vertical farm'.

Harvesting the first herbs
Soon they will harvest the first fruits of their labor - or rather: the first herbs. Because starting next fall, basil, peppermint, cilantro and the like will be growing in a factory building in Niederhasli that covers more than 1,000 square meters. The cultivation of special herbs such as mizuna or shiso green is also planned. If everything goes according to plan, the first harvest will take place six weeks later. From now on, around 20 tons of herbs per year are to be sold. The pilot project is made possible by a partnership with the Fenaco agricultural cooperative, which has co-invested in the startup.

But why kitchen herbs in particular? "These are the products that are mostly flown in and are also profitable," says Zahran. Because sustainable cultivation or not, the startup must also be able to survive in the market. In principle, vertical farming is possible for any type of vegetable or fruit. "But we can't compete with cheap chili peppers from Spain yet."

Niederhasli should not be the end, however. After all, if the agriculture of the future is really to make a significant difference, it will have to catch on worldwide - especially in regions where there is a lack of water or fertile arable land. "Vertical farming means local production. In other words, growing crops where they are consumed," says Zahran. That's why he primarily wants to compete with imports with his products. Part of YASAI's business model is to build and operate vertical farms on behalf of customers.

Protective suit instead of sun hat
Ten employees in the Zurich office are working on how the vegetable cultivation of the future can be both ecological and economical. They are already working on a plant that will be ten times larger than the one in Niederhasli. But the new way of growing vegetables could also have advantages for the palate. In a controlled environment, herbs with more unusual flavors - such as lemon basil or chocolate mint - also thrive optimally.

So will the farmer of the future control his seeds on a computer instead of driving out to the field with a tractor like Zahran's grandfather? Even if this is the case, one thing will not change for the time being: harvesting will be done by hand. The only difference is that the pickers of the future won't be wearing sun hats, but instead a full-body suit, goggles and gloves - because that's the only way to prevent pests from getting inside.