In the space of just a few years, the fungus Stemphylium – and in particular Stemphylium vesicarium – has become one of the biggest challenges for spinach growers worldwide. Rijk Zwaan’s spinach breeding programmes are focused on developing varieties that are resistant to this fungus. The initial results from an ongoing study by Washington State University in the USA have now confirmed that this focus over recent years has resulted in an assortment with a good number of spinach varieties with a high level of resistance to Stemphylium vesicarium.

Need for clear and accurate information
According to Rijk Zwaan, the fact that there are multiple Stemphylium species that cause leaf spots on spinach can lead to confusion about the different resistance levels. “Some spinach growers are now at their wits end and are very concerned about the development of this disease. This creates an urgent need for clear and accurate information,” says Wim in ’t Groen, Crop Coordinator Spinach at Rijk Zwaan. 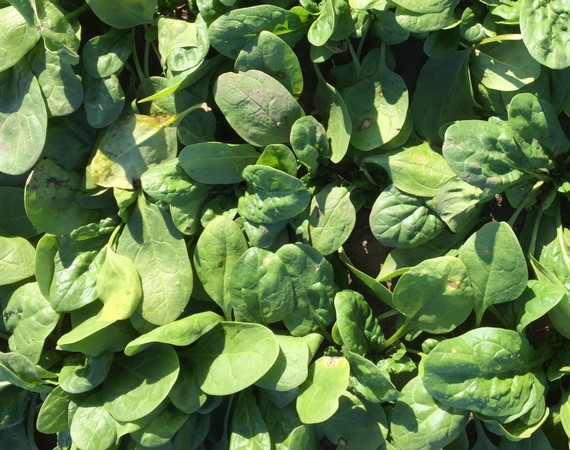 Severe infection
In fresh market and processing spinach fields, Stemphylium vesicarium is now the most commonly found pathogenic Stemphylium species in most areas of production, causing infection in susceptible spinach varieties. To learn more about this plant disease, a group of researchers affiliated with Washington State University and led by Professor Lindsey du Toit started a new study of this fungal disease in 2019.

Promising preliminary results Rijk Zwaan spinach varieties
Du Toit is no stranger to this field as her program has conducted several studies of Stemphylium in the past. Her most recent and ongoing research shows that a number of Rijk Zwaan varieties have a clearly visible high resistance level to Stemphylium vesicarium. This finding comes as no surprise to Rijk Zwaan, but it does contribute to much-needed clarity on this subject according to the vegetable breeding company.

More information available
Due to the fact that the study is still running, the final results will not be published for some time. Spinach growers who would like to receive information about the varieties involved in the research, before then can contact Rijk Zwaan’s spinach crop specialists.

Resistant spinach varieties
The extensive Rijk Zwaan spinach catalogue already contains a sheer amount of spinach varieties with a high resistance level to Stemphylium vesicarium. Due to the company’s focus and prioritisation in its spinach R&D programme, this range will continue to expand in the coming years. Some of the well-known Rijk Zwaan names with high resistance are the savoy varieties Sunangel RZ F1 and Cabezon RZ F1, and the smooth-leaf variety Kodiak RZ F1.

R&D
The development of resistances is one of the priorities in Rijk Zwaan’s R&D programme. On average, the vegetable breeding company invests approximately 30% of its turnover back into R&D. A substantial part of this is spent on the development of resistances against both new and existing plant diseases. As a result, Rijk Zwaan not only eases the burden on its partners but also contributes to a more sustainable food chain with less waste and more efficiency.