"In Abu Dhabi, I was told with a big smile that an Arab shouldn’t go hungry”

From the moment John Breedveld of GrowGroup IFS announced at the end of September that they would be building the ‘biggest indoor farm’ globally at 160,000 square meters in Abu Dhabi, everyone wanted to hear his story. One of whom was Dutch news radio station BNR, that let John tell his story in their program fittingly called ‘Zakendoen’, doing business.

Among other things, he talked about how they got to this point. While on a trade mission in 2013, John got in contact with a large importer in the desert who told him with a big smile that ‘An Arab shouldn’t go hungry’. So the importer wanted to ensure his own local production after a volcanic eruption in 2011, which caused planes to stay grounded and imports to stop. 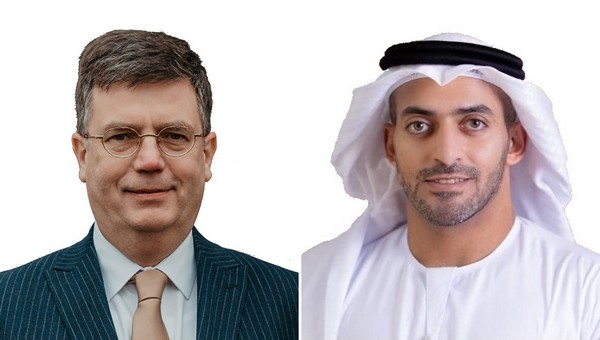 150 million euros
The joint venture between GrowGroup IFS from Barendrecht (the Netherlands) and RainMakers Capital Investment LLC from Abu Dhabi (UAE) will create a GreenFactory Emirates that can produce 10,000 tons of fresh produce on a 17.5-hectare area with a cultivation acreage of 160,000 square meters.

The total project of 150 million euros (650 million AED) is planned to be realized in phases over a period of three years. Phase one will be operational before Expo 2020 Dubai in October 2021 so that GreenFactory Emirates can show the world their innovations. A kick-off for other comparable projects and innovations worldwide.