"Our focus is no longer on self-production"

They were one of the first to invest and build a brand with their greenhouse grown snack tomatoes, and in 15 years they expanded their snack tomato acreage to over 40 hectares in the Netherlands. Yet last year Greenco sold their newest high-tech greenhouse and today they announced to sell another 10 hectares from their snack tomato acreage. These two greenhouses are sold to Wim Peters Kwekerijen. "Our focus is no longer on self-production, but on entering into partnerships, co-creations and partnerships, including the sales channel", says Robert Ketelarij, CEO with Greenco. "Devising, marketing and packaging premium brands for snack vegetables, such as 'Tommies'." 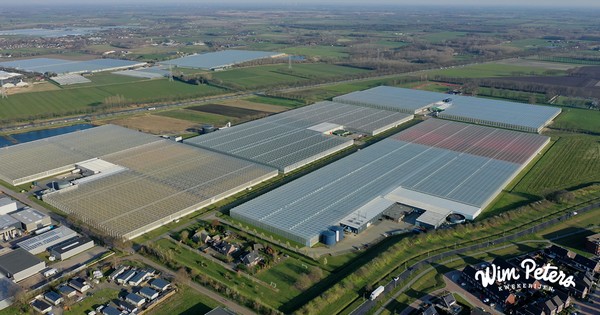 Greenco
In 2005, Greenco was among the first to introduce a red snack tomato called Tommies. Fifteen years later their brand includes various mini-vegetables and is a well-known brand in the Dutch snacking category. Back in 2015 the company started their latest expansion: a 10 hectare high-tech greenhouse in Wieringermeer, Netherlands. Only 4 years later these premises were sold to Agro-Care. Robert Ketelarij, CEO Greenco, said back then: "In our Strategic Business Plan, we've changed our course for a while now, focusing more on investment in co-creation, alliances and partnerships. That way, we want to broaden our concept and product portfolio. The sale of the Wieringermeer cultivation site provides a powerful boost to that policy."

Now they're selling two more greenhouses: Greenco Productions and De Driemaster in Someren, together 15 hectares, 11 of which equipped with lighting. Greenco produced snack tomatoes in these greenhouses and also experimented with new varieties of vine tomatoes.

The explanation is the same as when they sold their facility in Wieringermeer: "Our focus is no longer on self production, but on entering into partnerships, co-creations and partnerships, including the sales channel. We are also better aligned with the objectives of the founders of Greenco. Devising, marketing and packaging premium brands for snack vegetables, such as Tommies."

The company still has two locations in the Netherlands: in Honselersdijk and in Helenaveel. In addition they collaborate with other growers and will continue to do so, also in Spain. This way they want to keep their quality stable and supply their partners with their products.

Wim Peters
The greenhouses are sold to Wim Peters Kwekerijen, a member of Royal ZON Fruit & Vegetables. With the acquisition they will double their acreage from 16 to 31 hectares and will add 11 hectares with lighting. "The takeover is a result of the increased demand for our tomatoes," explains Wim Peters. "This step fits within our vision for the future."

Bad weather changes (sales) strategy
Wim Peters explains how the company has shifted in strategy. On 23 June 2016, the companies of both Peters and Greenco were severely hit by a hailstorm, causing production to stagnate completely for a year. For the family business Wim Peters, which has been growing tomatoes for over a hundred years, this was a good time to formulate new strategic goals and develop a new organisational structure. As a result, Peters was able to come back in 2017, with new stands and a greenhouse layout that is completely focused on sustainable and innovative cultivation methods.

In that year, Peters changed the sales strategy. Among other things, he established contacts with foreign growers and their trading partners. "Many customers wanted to do business with us because of our sustainable cultivation method, so there was an opportunity. We opted for a wider range of tomatoes and are now almost entirely demand-driven," he explains. This strategy proved to work. The increasing demand was one of the reasons for the takeover.

Modesty
Peters: "It's a difficult moment to announce the takeover, because of the major impact of the corona crisis. That's why I bring this message with pride, but also with due modesty. First and foremost, of course, is the health of the people around us.

"For the future, we want to continue with our vision of growing, packaging and selling sustainable and innovative tomatoes to our (inter)national customers. We contribute to the needs of our customers, in which quality, long-term and honest relationships are central".

New crops demand-driven
The existing crops of Greenco Productions and De Driemaster are purchased by Greenco. Subsequent crops are filled in demand-driven.

Greenco employees who are directly involved in the work in the greenhouses in Someren are transferred to Wim Peters Nurseries, while retaining their current terms of employment. Other employees of Greenco in Someren will remain employed by Greenco.