“The plants seem to grow so much quicker on the coir”

Hop growers have been switching twine, it is now the turn of the greenhouse growers to replace the PP twine for a sustainable, biodegradable alternative, like coir fibre. Patrick N. Paternott of Magic Soil Australia firmly believes that compostable twine will replace PP twine in the long term. “No question, as coir is a byproduct of the coconut, which is primarily a food source. Just like Coco Pith, it is an organic, renewable and sustainable resource. Important to mention, it provides additional employment in under and developing countries.” 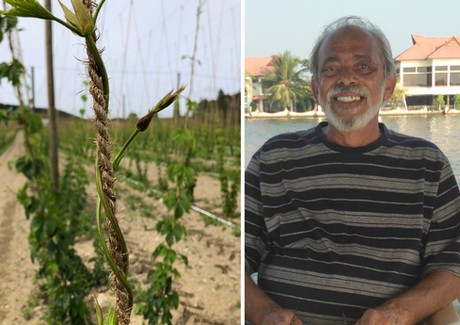 Quicker clean-up
New Zealand hop growers have been looking at alternative twines for a very long time - from paper twine to corn-starch twine. One of those growers is Sean Riley of Freestyle Hops. He chose to go with the coir twine. According to him, this saves a lot of time during post-harvest clean-up. “We can now remove the spent hop tails mechanically, we have the added benefit of no wire hooks in the ground. Although it took some time to remove the hooks left from the PP days.”

Biodegradable
Within the first year of ownership of the property, Sean made the decision to switch out PP and he chose the coir twine for its 100% biodegradability. “Although the paper twine may also be biodegradable, the high rainfall breaks it down too quickly. The PP twine that we used before does not at all break down. Therefore we were not able to re-utilise the by-product from harvest without having to screen all the PP out and even then we still have to dispose of it.” Once the entire hop bine is composted with the coir twine, the latter adds carbon to the compost. 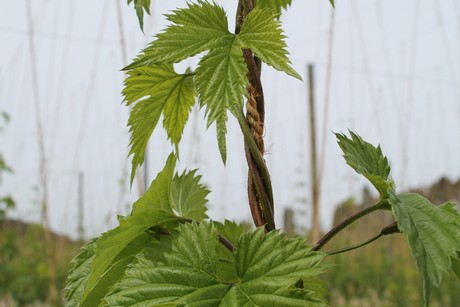 Grapes and greenhouse vegetables
Magic Soils Australia started supplying twine in the late 1990s after several years of developing coco peat. “We have been supplying the Hop Growers in Australia, North America and now New Zealand who have stopped using PP twine on environmental grounds”, says Patrick. “Coir twine is generally used by most hop farms worldwide, with the exception of Germany, some Polish and other European growers. We are hopeful as the use of Coir twine will not require metal detectors during the separation of Hops from the Bines. Besides hop growers, the Coir twine is also used by grape growers. And we are undergoing trials for greenhouse vegetables like cucumber, tomato and pepper.”