Vertical Farms would appear to be a Valhalla for plant cultivation. Growing crops under the perfect climate (always the same) conditions, throughout the year. Continuous production with constant quality. And then preferably in multiple layers on top of each other. Or perhaps are Vertical Farms, not the Holy Grail that they at first appear?

Setbacks
All new developments go through their teething problems. And the first Vertical Farming companies suffered quite a few setbacks resulting in some having to close again due to technical problems, high costs and disappointing sales results. And yet, the number of new Vertical Farms is growing steadily. At least 200 were established worldwide over the last two years; a trend that Enza Zaden's Senior Product Specialist Jan van Kuijk expects to continue over the next decade.

24/7 monitoring and adjustment
This is because things are developing rapidly: ‘Fluorescent lighting has been replaced by more efficient LED lighting and companies have - together with the lighting industry - developed various light recipes tailored to specific crops,’ summarised colleague and Lettuce & Endive Portfolio Manager, Anh Nguyen. ‘In the 3rd development phase, we will see customised light recipes and remote crop management. Using sensors, vision, smartphones and apps, the cultivation process can - in principle - be monitored and managed from anywhere in the world, 24/7.’ She is expecting the technology to become increasingly cheaper, with increasingly higher output, enabling Vertical Farms to reduce their cost price and compete with conventional growing. 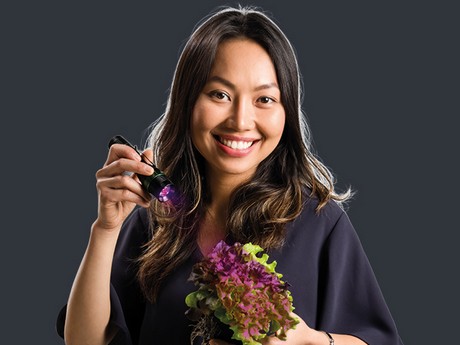 Big in the East
The latter expectation will take somewhat longer in Europe than in the East, where countries such as Taiwan, Singapore, China and Korea are already very enthusiastic about vertical farming. ‘In Japan and Taiwan, consumers in large cities have an urgent need for fresh vegetables that are guaranteed to be clean and safe. Due to the high standard of living, they are willing and able to pay a lot for this,’ explained Jasper den Besten (Lecturer at HAS University of Applied Sciences in Den Bosch and Board Member of the globally active Association for Vertical Farming). ‘In addition, these countries are very focused on new technology. It is therefore not surprising that vertical farming has taken off in these countries in particular. Japanese cities already have about 200 plant factories and there are about 100 in Taiwan. Together, this is more than in the rest of the world.’ In North America, it is mainly investors and marketeers that find the concept interesting, and interest in Europe is somewhere in between, according to Den Besten. ‘For European countries, the cost price is too high for now, but the consistent quality that you can achieve in a Vertical Farm is still very interesting. Because supermarkets don’t like the fluctuating product quality that is associated with conventional production methods.’

Vertical Farming at Enza Zaden
The cost price for vertical farmers (wherever they are in the world) needs to be reduced. All experts are in agreement about this. Enza Zaden would like to help with this. ‘Seed companies have always selected their varieties under varying climatic and light conditions,’ explained Van Kuijk. ‘In a Vertical Farm, these conditions are in principle always constant. In order to know how varieties will perform under such conditions, they should also be tested under these conditions. So that’s what we’re doing. And we are already seeing that this results in different choices than in the selection programmes for conventional cultivation methods.’ 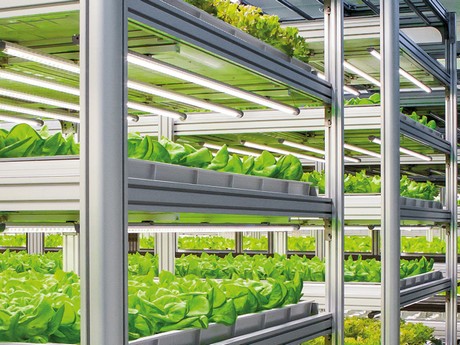 Leafy greens behind the glass wall
Area Manager Japan & Korea, Young Han, encountered a new phenomenon in the metro stations of Seoul this year: lettuce factories behind glass walls, with machines that allow hungry commuters to take a locally grown, automatically harvested and freshly packaged head of lettuce from the wall. Every day, millions of commuters see there how the crops grow under LED lights and how they are automatically harvested and packaged. Maybe a great idea for the long walkways at Schiphol?