Eating your lettuce straight from the farm

The advent of portable vertical farms has brought the farm ever closer to restaurant tables. It's almost as if you can reach out and pick a few leaves of lettuce right from your seat. Almost, but not quite. At the Good Bank restaurant in Berlin though, it feels like you can - there, you're dining 'inside' a vertical farm. 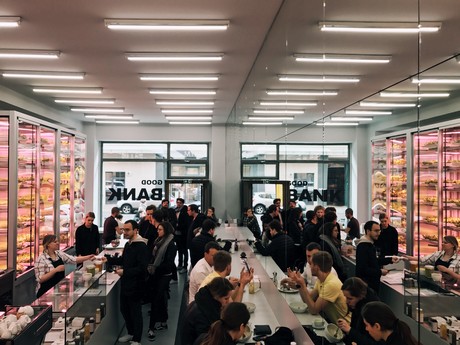 Leandro Vergani, the restaurant's co-owner, tells us about its inception: "We were looking into building the most 'radical' farm-to-table restaurant concept possible, and relatively quickly the idea of growing our greens in front of the customer imposed itself as the best and most transparent way to do so."

An idea is nice, but how do you implement it? Well, that's where Infarm comes in. "We are part of the same start-up community in Berlin, this proximity combined with the very adapted look, size and shape of the Infarm greenhouses for our current location made us decide to work with them", Leandro tells us. 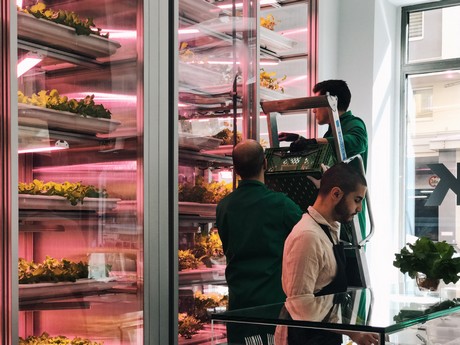 Lettuce varieties
So, with the restaurant ready to receive guests, and the vertical farming technology lined up, there's only one ingredient left to be added to the mix: the food.

For the lettuce they serve at the restaurant, Good Bank looks for specific qualities such as size, texture or color (and of course, and most importantly, taste). "At the moment we work with Salanova varieties of Rijk Zwaan, which are supplied by Infarm, but we are always looking for new varieties which will suit our quality expectations and the ones of our customers." 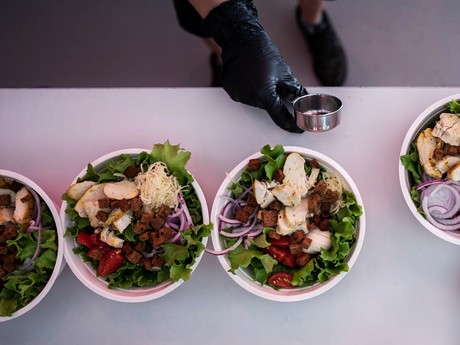 Local produce
Of course they serve a lot more than just leafy greens at the restaurant. They have already grown oyster mushrooms last winter and have plans to expand in-store mushroom production in the future, but also to increase the quantity and quality of their partnerships with urban farmers (since this fall they are sourcing high quality honey from Berliner Stadtimkereien, an urban beekeepers collective in Berlin) as well as traditional, regional farmers. 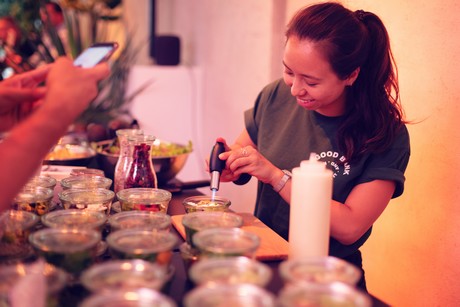 Asked whether aquaponics might an option, in order to serve their patrons fresh fish salads, Leandro says it's probably not an option, although he does says it's an interesting system of which they follow the evolution closely. But "considering the size of the required installations and its externalities, I doubt we will be implementing it in our restaurant in a near future."

If you're interested in finding out more about the Good Bank restaurant, check out their website, or pay them a visit at the Rosa-Luxemburg-Str. 5 in Berlin. Also, keep an eye out for new locations, as Leandro tells us they'll be announcing new openings in Berlin in the coming months.