It is not uncommon for most growers to find "green slime" growing on the surface of a growing medium. This green slime is predominantly composed of blue-green and green algae.

This can occur in peat-perlite growing media, peat bark, peat-wood fiber, and even coir. It has been seen growing on the surface of garden soil, rocks, cement, and other hard surfaces where water, sunlight, and some nitrogen is present. It is more common on moist to wet media surfaces than on dry surfaces, regardless of what components are found in the growing medium. So, where does it come from, and how do you control it?

In order for algae to grow, they need water, light, and fertilizer nutrients, just as plants do. This is why algae are so common in the greenhouse or other areas where plants are grown, specially grown under mist or in cold temperatures. 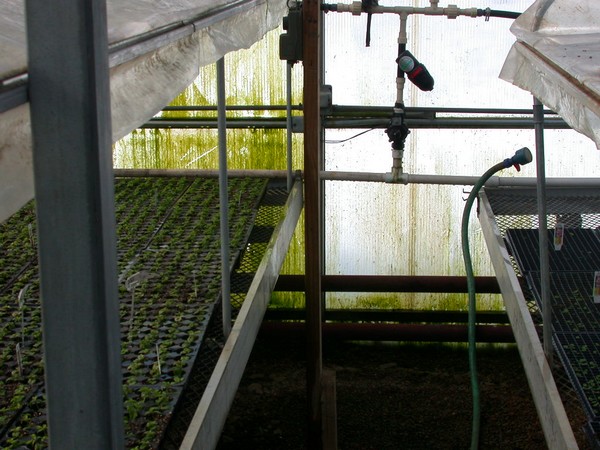 What are the sources of algae?
The cells and spores of algae are found everywhere. Irrigation water is the most common source, especially if it comes from a pond or shallow well. Water lines can also have a significant biofilm build-up on the inside walls of the pipes, which is mostly composed of algae. If a water source has high levels of algae, there are often algae growing on walkways, walls, and benches that are in frequent contact with the water. Other sources include dust originating from the outdoor soil that gets blown into the greenhouse and eventually onto the growing medium, which becomes "contaminated" with algae spores.

Concerns about algae
Algae do not harm plants, but they can slow gas exchanges into and out of the growing medium, which can slow root growth. Algae also attract fungus gnats and shore flies which not only feed on algae and other fungal growth in the growing medium but also on plant roots and then potentially transfer plant pathogens through their mouth parts.

Walkways can become slippery and quite hazardous from algae growth. Greenhouse glazing can have algae growing on it if it stays continuously wet, thereby restricting light transmission and compromising quality crop growth. 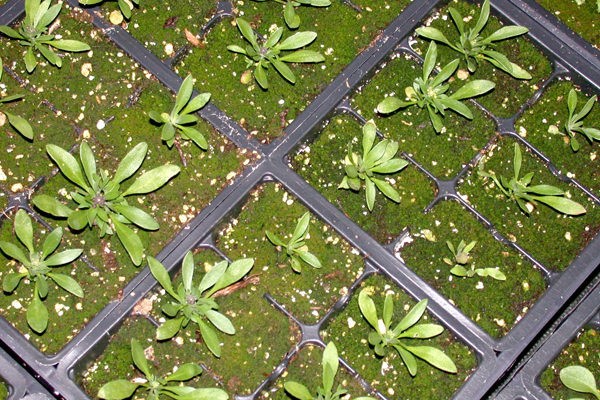 Algae grows on a growing medium's surface in a greenhouse—source: Premier Tech.

If it is in the water lines, it will need to be cleaned out and then kept clean using one of the following: chlorine dioxide, copper ionization, hydrogen dioxide, etc. Water coming from ponds or shallow wells may have large algae loads in which the water may need to be filtered and treated the same way.

If water sources are clean, remember algae can come in from anywhere, so it is a matter of using simple cultural controls to minimize algae growth. As stated above, algae need light, fertilizer, nutrients, and water to grow, but so do plants.

Light and fertilizer
Light and fertilizer should not be restricted as they may have a negative impact on plant growth, but in many growing operations, water can be limited to reduce algae growth. Algae need moist to wet conditions to grow, so allow the surface of the growing medium to dry between waterings. The surface of a peat-based growing medium should turn light brown to tan as this indicates it has dried to the point that will create an inhospitable environment for algae.

Airflow
Other helpful tips include increasing the airflow within the greenhouse to encourage a faster dry-down of the growing medium's surface. Increasing the air temperatures will also have the same effect.