There has been an ongoing debate about green light's effect for years. Worldwide trials have now shown that this color light has a predominantly positive impact on crop and fruit growth and flowering. So says Jan Smits, Senior technology expert at the Dutch grow light manufacturer Climalux. 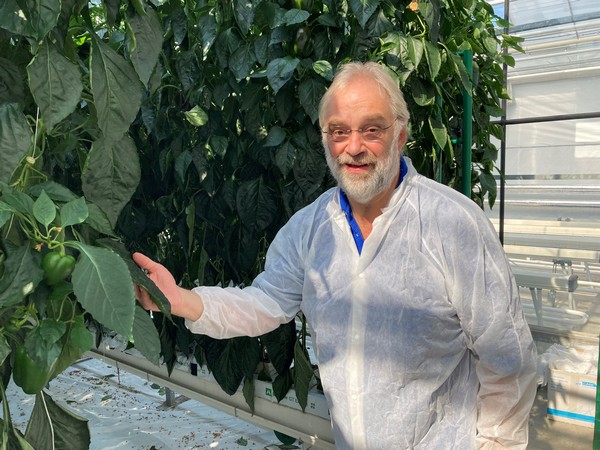 In-house trials
"International horticulture increasingly uses purple light, a red/blue combination. However, adding green light at 500 to 600nm improves the balance between the red and blue light sources, which, in turn, turns the purple light into a full-spectrum light source (with a daylight white color). That's primarily because the purple light's light combination is actually incorrect and, in some cultivation processes, can lead to growth disorders. For example, during dark periods at day/night transitions and in high-light environments," Smits says.

"Back in 2006, plant physiologists and I conducted several trials. We added green light in a full-spectrum LED with different light compositions. Just about all the trials showed that green light is used to balance red and blue light. It also improves the penetration depth, especially at the plant's top. That results in intense photosynthesis deep in the leaf and canopy, thus realizing higher crop yields."

Balance between root and plant structure

HortiTech, a horticultural practical research company in the Netherlands, has conducted plenty of studies for growers and suppliers. Those show that green light (500nm - 600nm) also balances plants' roots and structure. According to the researchers, root establishment and plant growth are usually achieved through heating pipes.

However, in some trials, they experimented with green light and observed - in several cases - a positive effect on the root system and plant growth. HortiTech emphasizes that the effect of green light was not the study's main objective, and that effect was not further investigated.

Effect on bell peppers
Harrow Research and Development Centre in Canada and Fluence Bioengineering in the U.S. also did studies. These showed that adding green light improved bell pepper fruit weight and dry matter content, although it did not affect the number of fruits harvested. That is thanks to greater light penetration into the canopy. The increase in fruit weight varied with cultivars and percentages of green light. Light intensity drastically increased deep into the canopy when the green light was added to the upper lighting spectrum.

That suggests improving this light environment increases fruit weight and dry matter content. That is because of photosynthetic activity and, subsequently, photo assimilation translocation of leaves near the fruit increases. This study thus shows that, compared to the traditional red/blue spectrum, green light or broad spectrum lighting can positively affect fruit quality when used in bell pepper production. That is due to its ability to penetrate deep into the canopy.

This research was published in 'Scientia Horticulturae'
Volume 304, dated October 15, 2022. See more about the publication here.

Grow lamp
The CLX V1000 grow lamp's spectrum includes greenlight and is composed of a dimmable lighting unit and vertical ventilation system that distributes heat and moisture evenly through a greenhouse. The unit's air movement and adjustable light intensity create a microclimate around each plant. Linking the lamps correctly together in an overall system forms a climate cell cluster that evenly contributes to climate throughout the greenhouse and guarantees significant cost savings.