CABY virus resurfaces in cucumber greenhouse: "Sometimes there was hardly any aphid to be found in the crop"

Last year, cucumber crops were affected by the Cucurbit Aphid-Borne Yellow virus (CABYV) in several areas of the Netherlands. This disease was also detected in surrounding countries. In the past week, plants affected by the CABY virus were found again at several companies in the Netherlands, says Ewoud van der Ven, senior advisor for greenhouse vegetables at Delphy on behalf also of colleague Rens Smith. 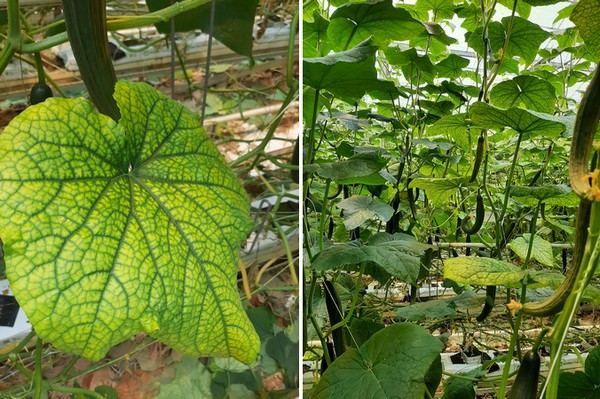 Photos of CABYV, taken last year in a Dutch greenhouse

Plants affected by the virus hardly produce anymore. Since this was a new disease for the Netherlands, there was little experience with it last year. It was clear that aphids transmitted the virus. So far, there are no indications that the virus is transmitted in any other way, said the advisor. Besides cucumbers, the virus can also affect and remain present in various weeds.

In recent weeks, the first plants affected with CABYV have been spotted again at several Dutch growers. "Sometimes, there was hardly any aphid to be found in the crop, and this is alarming!"

The virus can be transmitted by a single aphid. "Aphids from outside are apparently already infected with the virus," says Ewoud. "They possibly picked this up from infected weeds. A mild winter like last winter doesn't help either."

The question now is what can be done to prevent an infestation? Delphy's advisors have been considering several options.

However, controlling aphids as soon as they are detected does make sense. "New winged aphids must be prevented from spreading in the crop. The recently temporarily approved pesticide Verimark prevents aphids from infecting other plants. Verimark can be applied twice until 11 September. The agent apparently has a reasonably long residual effect. After the Teppeki agent is in the aphids, these can no longer infect new plants."

Release of organic agents
Releasing biocontrol agents, which parasitize aphids, contributes to reducing the aphid population, says Ewoud. "These insects, mostly Aphidius Colemani, Aphidius Ervi and/or Aphidoletes aphidimyza, search the entire greenhouse for aphids and either parasitize the aphid or suck it dry. Then the population of the good insects grows. However, if CABY virus affected plants are present, there is zero tolerance for aphids in the greenhouse." 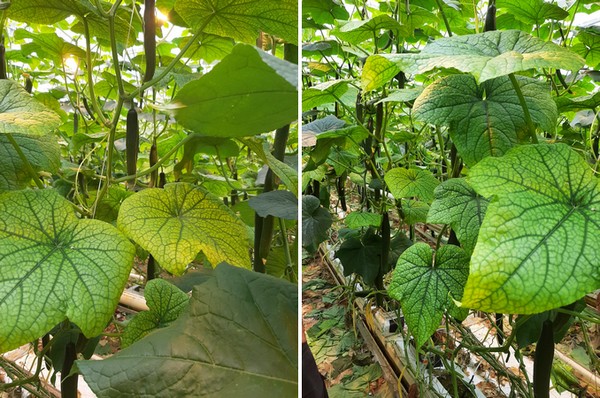 Photos of CABYV, taken last year in a Dutch greenhouse

Unfortunately, netting off the greenhouse is not a viable short-term solution for every greenhouse, says Ewoud. That's why he recommends catching the first aphids that enter the greenhouse by hanging yellow catching ribbons above the crop. "Even though growers may not catch all aphids, it will certainly lower the initial infestation," he says. His advice is also to consistently keep removing plants infected with the CABY virus. "There is then no source of infection in the greenhouse. This method proved effective last year, anyway."