Al Dahra BayWa once again harvests tomatoes in the desert

Al Dahra BayWa in the United Arab Emirates (UAE) has harvested its first tomatoes at its climate-controlled greenhouse, just over a year after it was destroyed in a natural disaster.

This first harvest, following the facility’s reconstruction, marks a new beginning, having been built on the proverbial ruins of the flagship project initiated by BayWa AG in 2017 as part of a joint venture with the Al Dahra Group, Abu Dhabi. As a result, Al Dahra BayWa is re-entering the market under entirely new conditions. Thanks to the construction of a new packaging line on-site, the complete production process – from the seed to the packaged product – is now based entirely in-house. The number of varieties has been increased to six tomato variants. 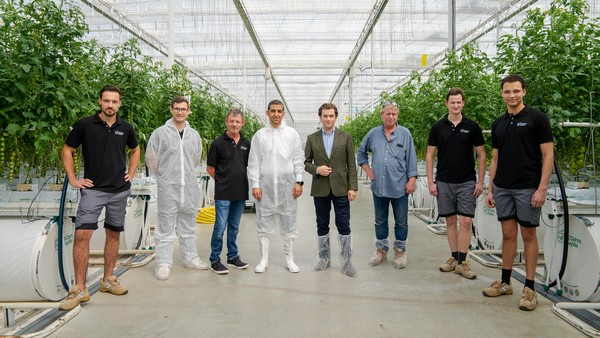 “The flood was a hard blow to us, but we made a virtue out of necessity,” says Klaus Josef Lutz, Chief Executive Officer of BayWa AG. “From the start, Al Ain was our flagship project for gaining experience in this business sector and developing our own competencies in the planning, project management, construction, and operation of climate-controlled greenhouses in arid climates. We have now achieved our objective via a detour: unlike when the project started three years ago, this time we did everything ourselves, from planning to installation. As a result, we seized the opportunity to expand our capabilities in line with our strategic objectives.”

According to Lutz, climate change and the growing desire for greater regionality when it comes to food will lead to there being more regions in the world using climate-controlled greenhouses for sustainable food production in the future: “Our wealth of experience and our network allow us to serve these needs optimally from a single source.”

Until the flood in January 2020, BayWa had been supplying food retailers in the Arab world with locally produced tomatoes on 365 days of the year. The reconstruction last year was used to attune the technical systems even more closely to the ambient conditions onsite. For example, cooling capacities were increased to keep the temperature in the greenhouse constantly at an optimum level. The cooling and pump system now features greater redundancy to protect the crops sufficiently in the event of an outage. 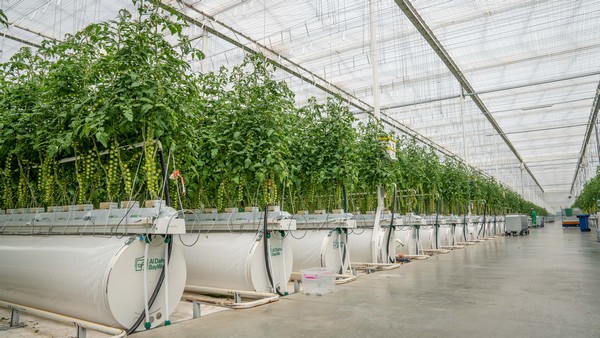 The climate-controlled greenhouse in Al Ain was rebuilt within the space of a year after being destroyed in a natural disaster in 2020.

Production capacities are slated to be increased continuously in the months ahead and should return to 100% by mid-year. The locally cultivated tomatoes meet the same high-quality standards as European imports, which are held in high regard by consumers in the UAE. Thanks to local production, however, it is possible to offer them at a lower retail price, plus they have a significantly smaller environmental footprint. 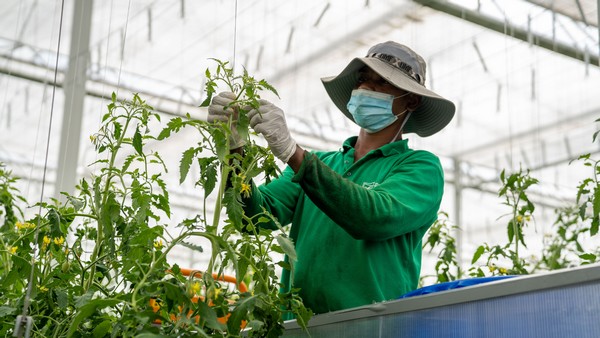 In March 2017, BayWa AG and Al Dahra Holding LCC, Abu Dhabi, founded the joint venture Al Dahra BayWa with the aim of growing high-quality vegetable fruits in an efficient manner that conserves resources and marketing them solely to food retailers in the UAE. The first premium tomatoes were ripe for harvesting in September 2018.

In January 2020, the Al Ain region was struck by torrential rain. The damage to Al Dahra BayWa’s roughly 10-hectare climate-controlled greenhouse was so severe that regular operations had to be temporarily suspended.