"We are investing to secure the coco supply"

For the second year in a row, the team with Dutch Plantin is building a new factory in India. In addition, the Dutch facilities are being expanded. "The demand for coconut products is increasing worldwide - we're expecting to reach one million extra grow-bags per year this year," says Wim Roosen. "Then the pressure on the coco market is high, especially in winter time. With the expansions, we want to avoid supply issues, secure a more sustainable production and depend less on the weather on our production areas."

Growing demand for coco
Dutch Plantin was established in 1984 and has seen the coir market grow over the decades, a growth that been exponential in the last years. "In the first years of the company, we've known some hard times, since coir still had to be researched and developed, but ever since 2000 the coco story has expanded and since 2005 we're globally active. Nowadays coco is popular since it's an organic, 100% natural substrate and also renewable and recyclable, knowing a short cyclic and a low CO2 footprint," Wim Roosen with Dutch Plantin says.

Thanks to all developments, Wim has seen the yield potential of coco reaching minimum the same levels as on stonewool. "And since it's more forgiving, coco provides easier growing options", he adds. "Combined with the organic growing potential in countries like US and Canada. and the application possibilities of biological products and organic fertilizers, the growth potential for coir products is huge. After all, plant resistance, resilient and organic growing is the future." 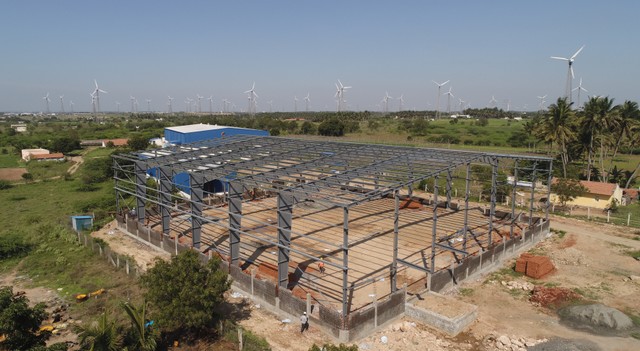 Market pressure
"The pressure on the coco market has been high for a couple of years now. "It's both the horticultural and also potting soil industry that are asking for more coco products and due to this pressure, also our customers want to ensure their supply by placing their orders on forehand," says Wim. "Many suppliers cannot supply enough product to meet the demand - and that was before COVID."

In 2020 that came to a boiling point. Between March and April, during peak production season, many Indian and Sri Lankan processing mills were forced to close and when reopened, unusually prolonged rain events and shortages in the sea freight containers played a role, all affecting the global coir supplies.

"Fortunately many players in the market are investing to secure the coco supply, solving the problems and allowing coir use to expand across the globe. By adding extra production capacity and storage facilities both in India and in the Netherlands, we are doing our part: we want to bring security to the industry and to our customers", Wim says. “We see the global market growing further and with this new factory we ensure that Dutch Plantin continues to grow." 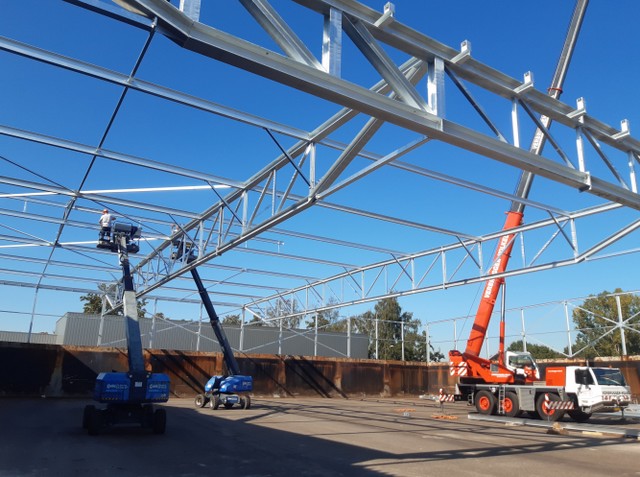 And expansion in Netherlands

15.000 m2 production site
Dutch Plantin already has several factories to produce grow-bags (slabs and open-top). Due to the increased demand, they added another factory in 2019 and are now building another one: a 15,000 m2 state-of-the-art production site. “This gives us the opportunity to increase production by over 1 million grow-bags per year", Wim says.

He explains how in India, January to July is the best time of year for fast supply, as then also the weather is generally favourable for coco production. "From August to December it is peak time for production, and in combination with the monsoon going on, it is a challenge every year. Last year for example, in addition to the challenges provided by the COVID-19 pandemic, we had to deal with an unfavourable climate in India. It would not stop raining in our main production country, resulting in disappointing production of coco. With the new extension, we will be able to serve our customers better, depending less on the weather conditions."

Dutch expansion
And there's more expansion going on. In 2019, Dutch Plantin in the Netherlands bought the adjacent plot for future expansion. Koen van den Hurk says: “In 2020, we have covered our production site in Boekel with a 10,000 m2 roof to enable more sustainable production and weather-independent operations. This increases our dry storage capacity and it will help our ability to supply in difficult times of year”.