Large condensation droplets cause loss of light in any greenhouse. Furthermore, in plastic greenhouses and tunnels they cause disease-related problems. These problems can be controlled to a large extent by using the AntiCondens coating.

"In a plastic greenhouse of one my customers, I once saw a crop become “rain-drenched” as soon as the wind picked up," says Willem Valstar of StarGrow Consultancy. "The plastic greenhouse covering started to move causing the condensation droplets to fall down. A wet crop is disastrous when it comes to controlling diseases. This can very quickly lead to moulds such as mildew and Phytophthora." Willem is a crop consultant for tomato growers in Europe.

Resolving the mould problems requires multiple applications of chemical agents. "These fungicides often are expensive. In addition, each spraying takes one to two hours per hectare. Furthermore, each spraying inhibits crop growth. Growth halts for at least half a day. All in all, a considerable loss item, purely as a result of falling droplets." 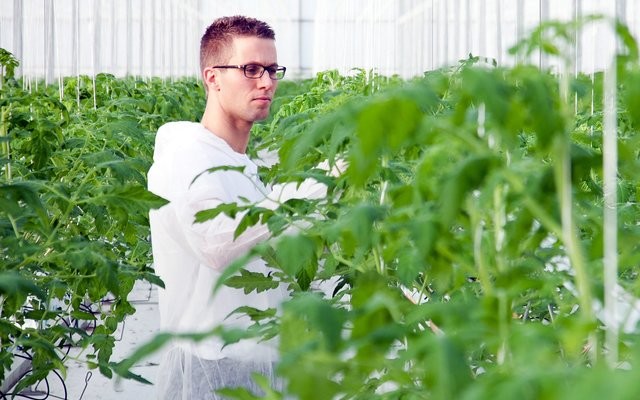 Water film is better
Glass or film is covered with condensation for a large part of the year. As soon as the greenhouse cover’s temperature drops below the dew point, the moisture in the air appears in the form of condensation. "In principle, this is a favourable phenomenon, it dehumidifies the air," he says.

However, how the condensation takes form makes a big difference, i.e. in the form of large droplets or as a fine water film. Large droplets block light and can drop down. The latter is not as likely to happen in a glass greenhouse: the droplets here flow into the gutter. But in a plastic greenhouse, the dripping hazard is high. A fine water film allows more light through and does not drip.

Improved control for pathogens
"Sometimes it is difficult to understand why one farm has a high degree of droplet formation, while in another there is a water film. This has to do with the material’s properties, and apparently with the greenhouse conditions as well. I advised one of my customers, who has a glass greenhouse and experienced a lot of problems with large droplets, to apply AntiCondens to combat light loss. He has been using it every year since then," says Valstar.

He barely sees any problems with falling condensation droplets in glass greenhouses, but there are significant problems with such droplets in plastic greenhouses. "If you can prevent this with AntiCondens, you will reduce your use of fungicides by 80 90%, while maintaining much better control over diseases," he says.