The road ahead for vertical farming

"In the next 10-15 years, vertical farming will rise as one of the dominant forms of agriculture." In a recent webinar presented by the Association for Vertical Farming and Heliospectra, the opportunities and challenges facing the vertical farming industry in 2020 and beyond were highlighted, resulting in quotes like the one introducing this article. Moderated by AVF Chairwoman, Christine Zimmerman-Loessl, the three guests, Nate Storey (Co-Founder & Chief Science Officer of Plenty), Joel Cuello (Professor of Biosystems Engineering, University of Arizona) and Ali Ahmadian (President & CEO, Heliospectra) shone their light on where the industry is headed. 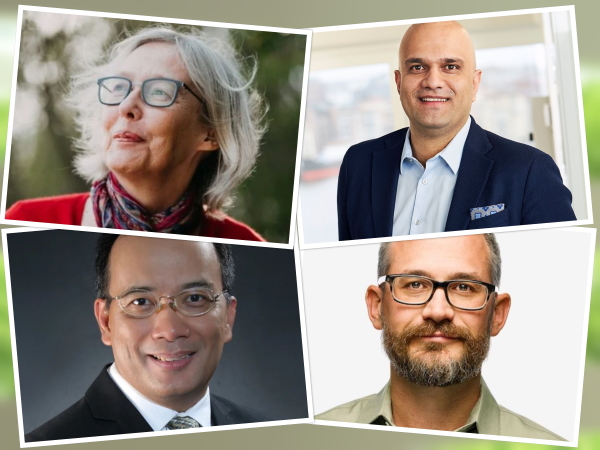 "On the cusp of growth"
According to Joel, the vertical farming industry has had a historic run in growth and proliferation globally in the last five or so years. "Going forward, especially in terms of the enormous COVID-19 disruptions in fresh produce chain, vertical farming will continue growing", he says. "It should be economically viable, but it shouldn't just be a growth story, but also of sustainability and resilience."

Tech catches up with vision
Having moved on from the stage of pioneers and visionaries (who were, in a sense, "too early", because they saw the potential for vertical farming, but the tech didn't match up to their visions), Nate says that "we're now at a point where the tech matches the need; technology has caught up with the vision", adding that it's not going to be a pain-free road. "Folks will be challenged by the economic fundamentality of the business. We need to either offer a differentiated product, or a product that is cost-competitive with the field, so they're accessible to people."

At Plenty, he says, the primary tech inputs are LED and semiconductors. "As costs go down, we reap the benefits - same with data storage, genetics, etc. So we have created our own tech cost curve around indoor ag, which drives costs down and quality up." As a result, the yield for the same amount of energy increased by 12x at Plenty, Nate explains.

There's still a world to win when it comes to the proper use of tech, however. Ali: "50% of vertical farms today are profitable, while the other 50% are struggling. The main reason why vertical farms are struggling is because farmers underestimate true cost of labor: many farmers overlook the way in which growing techniques makes workers more or less efficient."

A small test of Mother Nature: "Get your act together"
Of course the elephant in the room wasn't ignored by the panel. COVID-19 has had an impact on all industries, and vertical farms are no exception. "In the US, the fresh produce supply chain has been dramatically upended by COVID", Joel says. "Lots of growers were suddenly left without a place to deliver their produce. They need to establish new contacts, which is hard to do, so lots of fresh produce goes to waste."

At the same time, in a lot of major cities in the US, there's been a huge increase in demand for produce from vertical farms. The same thing happened in Europe, although there the dependence on seasonal workers from outside the EU has proven problematic, Joel explains, with a shortage of workers, again leading to produce going to waste.

Nate points out that in many cases the food supply chain is global now. "We've been pushing yield increases in the field to the max, but it's a system under stress, operating at the max all the time - break a link and the whole system comes crashing down." With instabilities like climate change, Nate argues the industry has a lot of buttressing to do. "COVID was a small test of Mother Nature, basically saying 'get your act together'. As the COVID situation affected the Bay Area (where our flagship farm is), our sales have doubled - indoor produce is a supplement to produce from the field, and retailers are realizing the usefulness of indoor produce."

The crucial role of governments
With the COVID crisis, governments have been giving more attention to indoor/vertical farms now. According to Ali, this will open up huge opportunities for current and future vertical farmers.

Nate agrees. "Government recognition is super important - it's a capital intensive business." At Plenty, they're building agricultural infrastructure, comparable to electricity and water. Nate even goes so far as to say that in future, food production will become one of those utilities. "Government has to play an important role in getting the industry off the ground, cutting red tape and supporting producers, like with loans and capital to help the industry get started. Government support will be a critical step for this industry."

Christine agrees that the role of governments is important, but they also need to be made aware of the opportunities of vertical farming, they need to be informed of what it is and what it isn't. "Governments always say: 'Human beings can't live on salad - so where do we go with this vertical farming industry? Will we produce things like corn and maize in a vertical farm? What is the blueprint of the future?" So informing and educating is also of the utmost importance.

Attracting investors
The same goes for attracting investors, another important pillar under the industry. According to Nate, "folks are starting to view vertical farming not as a if but a when question - what we've earned over the last decade or two is the recognition that this is a necessary thing. It's driven by incredible demographics changes, so it's an inevitability. We are proving that it can be an extremely profitable venture."

As a result more people are starting to think about investing in this. "The money out there is going to get smarter and smarter about this industry", Nate adds. "Investors tended to be super specialized in agriculture; now folks who don't come from that background are also approaching the space, having enough info to start making huge investments. So, access to capital will grow, but there is a gap between the capital which is more risk-tolerant and the capital with very little risk tolerance. We'll have to build relationships with risk-tolerant capital."