100,000 feddans of greenhouses: Egypt's step to self-sufficiency and beyond

With the launch of the National Company for Protective Cultivations (NCPC) back in 2017, Egypt announced to invest in serious acreages of protected horticulture. They kept their word and realised thousands of hectares of greenhouses ever since. Only recently another 1200 hectare was finished. The project consists of 126 clusters with each 6, 8, 10, or 12 greenhouses of at least one hectare. With the project, Egypt is taking significant steps towards becoming self-sufficient in the field of food production and food security and makes additional steps on the export market.

The beginning of the massive project took place at Al Amal, where 40 hectare greenhouses were realised. In the years to follow greenhouses were erected nearby Ramadan City, Abu Sultan and Allahun - totalling in thousands of hectares. Only last year president Abdel Fattah Al-Sisi inaugurated 1,3000 greenhouses nearby the Mohamed Naguib Military Base. For the total acreage they talk about the 100.000 feddans project - over 42.000 hectares of greenhouses being realised.

Many international suppliers helped realise the project as the diversion of the level of technique is used to help serve various markets.

For example in the projects high-tech greenhouses are realized, containing double ventilation and a screening system. These will be used to export crops to the Middle East and to Europe, with crops for the Middle East being grown in summer while crops to be exported to Europe are grown in winter. Then there are mid-tech greenhouses using a mixed growing system, and a net greenhouse which is used for growing in the spring and summer seasons. The high and medium technology greenhouses are plastic and are designed to reduce the temperatures inside to accommodate the desert climate in which they are located. The net greenhouses are used for exporting to Europe during the winter and to the Middle East during the summer. With all these investments, Egypt wants to serve different markets in different times during the season. It is regarded as one of the most significant agricultural greenhouse projects in the world. 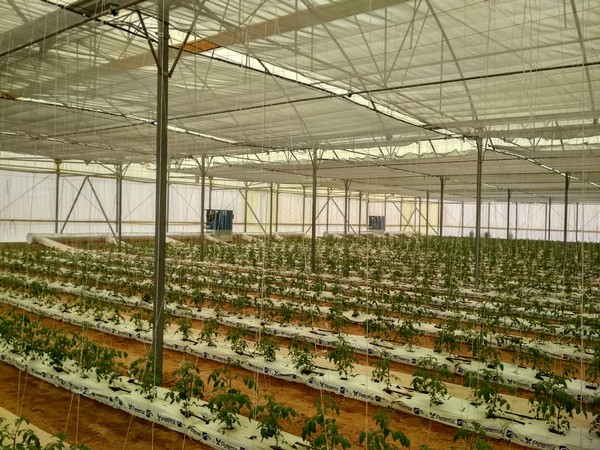 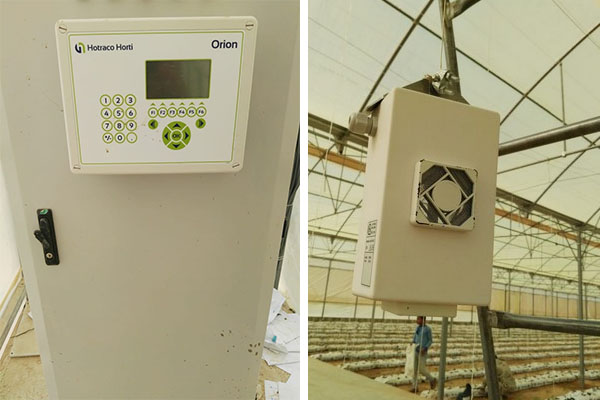 Alexandria coast
Only recently another 1200 hectare of greenhouse construction was conducted by the National Company for Protective Cultivations (NCPC). This project is located at an old marine base near the coast of Alexandria.

"Egypt has a desert climate with very little downpour, hot summers, and mild winters. Throughout the year, there are days with substantial differences in temperature. The difference between minimum- and maximum temperatures on the same day in the desert is about 20 degrees Celsius", says Jon Hesen with Hotraco Horti. The Dutch company has equipped all greenhouses with an Orion-GC climate computer, enabling the growers to monitor and control the climate in the greenhouses.

Greenhouse control in extreme weather conditions
“It is quite the challenge to control a greenhouse in these types of climates. We are quite proud of our achievement", Jon adds, showing how the Orion-GC handles processes such as airing, horizontal- and vertical screen installations, heating, and re-circulation fans with its matching GMC motor control.

For each cluster, there is a central main building from which the Orion-GC is controlling the entire irrigation. The water control is set on time, (sun)light and by the use of a tensiometer allowing for earlier or longer irrigation. 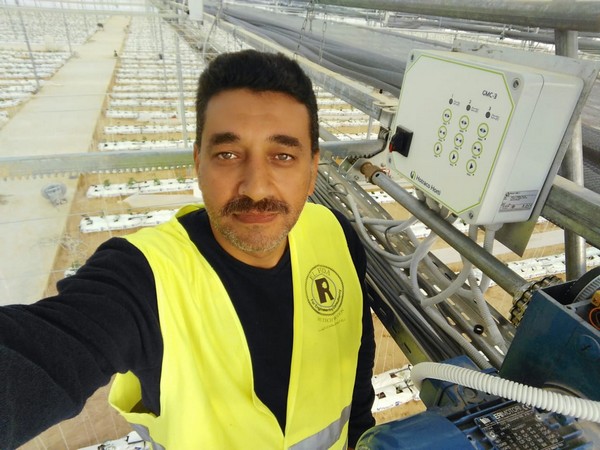 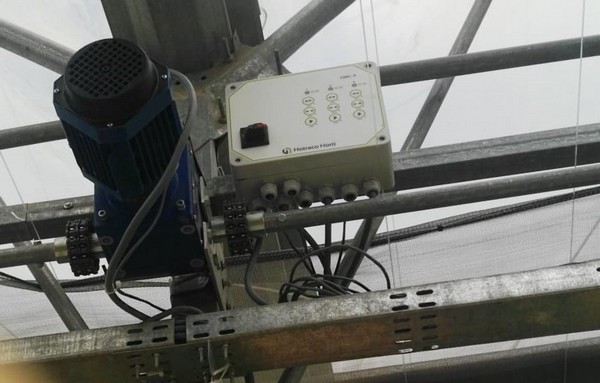 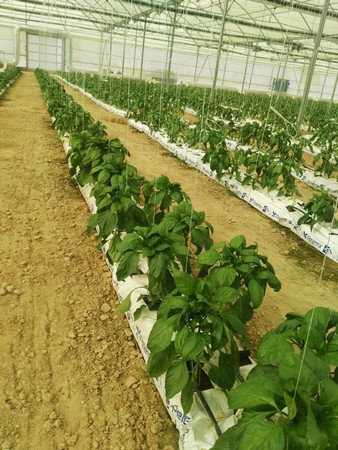 especially for people who aren’t experienced high-tech growers, something we had to deal with when automating a project of this size. It’s a simple, but good and reliable solution which is also a good deal price-wise. The Orion-GC fits in the ‘Hotraco picture’; solutions for the mid-tech horticultural sector.”

Hotraco Horti can regard the project as challenging and groundbreaking due to, among other things, the size and time constraints of the project. Jon Hesen: “We can look back at a successful completion.”