Tuta absoluta is a major pest in tomato crops in most parts of Europe, especially after it has become resistant to most insecticides. Biological control offers solutions, but the commercially available natural enemies are not always able to cope with the pest completely. In the last two years, COEXPHAL have investigated the role of different species of biological control agents. They reached the conclusion that there is one outstanding natural enemy that is perfectly able to control Tuta absoluta: parasitoid wasp Necremnus tutae. 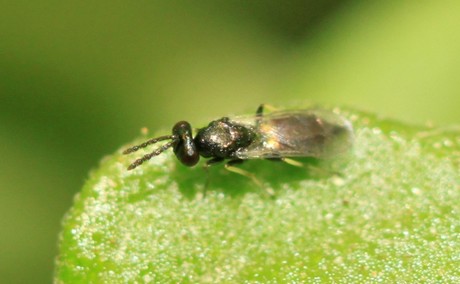 Already in 2010, COEXPHAL observed that Necremnus was able to control Tuta attacks very quickly. However, in that year its spontaneous presence was only detected in one greenhouse, whereas it was not found in many others that were sampled. In 2015, it was found in many more places and in 2017 a more systematic research project was started. The results were spectacular. In the periods when the pest is most active, in spring, Necremnus was found in all greenhouses that were sampled with some frequency. In 70% of the greenhouses that were visited, selected to have biological control against other pests, this wasp completely controlled T. absoluta, and no significant damage to the fruits occurred. In those cases, neither the growers nor the field advisors were aware of the importance of Necremnus, and gave the credits to predator Nesidiocoris tenuis, to some pesticide treatment or simply to luck they had in that period. 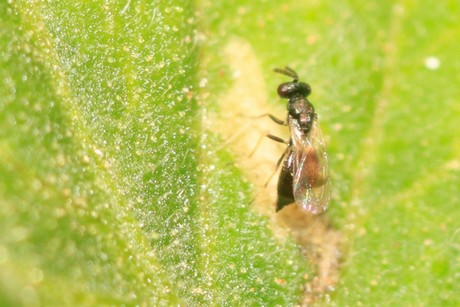 The mirid bug Nesidiocoris tenuis, known as efficient predator of whiteflies and as an egg-predator of T. absoluta, may have an important role against T. absoluta when the plants are small, but was found to be unable to control the pest in tall plantations. In tall plants with large populations of N. tenuis, sometimes severe problems with T. absoluta occurred, whereas in other cases T. absoluta was well controlled. This was found to depend completely of the presence or absence of the parasitoid Necremnus tutae. The mortality of the T. absoluta larvae due to the parasitoids was observed to increase from zero to over 70% in only a few weeks if there were no interferences of incompatible treatments. 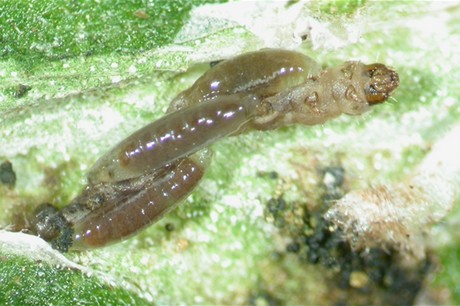 Efforts by different biological control companies to mass rear Necremnus tutae have not been successful, so the species is not commercially available. COEXPHAL have launched a campaign to advice growers on how they can maximally benefit from this wasp. The monitoring of its presence is crucial, and the use of pesticides should be strictly limited. Pesticides that are known to have important side effects on related parasitic wasps, such as Diglyphus isaea, should not be used. Furthermore, alternative control measures against T. absoluta should be applied, such as the use of traps, pheromones for mating disruption and the regular introduction of egg parasitoid Trichogramma acheaea.

The importance of the parasitoids is confirmed in 2019: more and more growers can completely stop their treatments against Tuta after Necremnus is observed and massive reductions in pesticide applications are achieved.