"We try to raise vegetable cultivation to a higher level"

Thailand is a popular holiday destination because of the beautiful landscape, the many sights
to see, and the low prices. It is also the home country of Wim Damsteegt. He runs two companies there, Dutch Greenery and Dutch Agrotech. "I ended up here 25 years ago with my first wife. She did not want to live in the Netherlands. Because I had plans to leave anyway, I decided to quit my job, sell my house, and move to Asia." 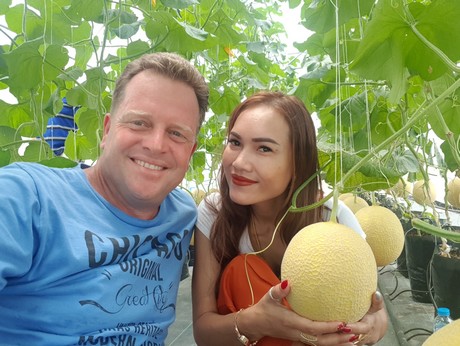 Wim and his wife

Greenhouse construction projects
Wim is living in Pak Chong, a place in the province of Nakonratchasima, about 200 kilometers from Bangkok in the northeast of Thailand. The province is known for its national parks. Various products are grown in the surroundings, such as fruit, cassava, peanuts, rice, and sugar cane.

In Thailand, Wim is active in greenhouse construction projects, the sale of greenhouse supplies and technical materials, and in the sales of seeds and substrates with his two companies. Dutch Greenery is distributor of BVB Substrates and Rijk Zwaan, and dealer of Greenspan greenhouses from India. "Here, mostly seeds are sold for growing lettuce, melon, bell pepper, and tomato. We also have a demo greenhouse in Pak Chong where all our greenhouse models and crops can be found. We try to raise the vegetable cultivation to a higher level, and to reduce the use of crop protection agents."

Flexible with rules and agreements
Most horticulture materials and seeds are sold in Thailand, but Dutch Greenery also exports horticulture materials by shipping container to clients in the Middle East and Africa. The greenhouse construction projects are also executed outside Thailand, in surrounding countries such as the Philippines, Laos, Indonesia, Vietnam, and Myanmar. 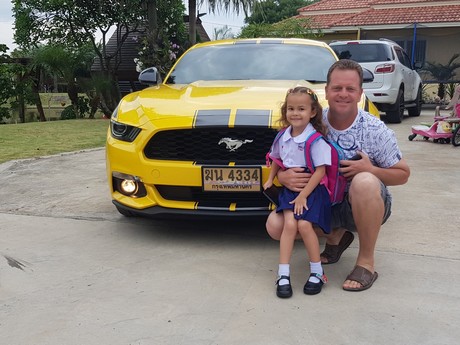 What he particularly likes about life in Thailand, is the warm weather. "You can always sit outside. Sometimes it is 15 degrees here, already a bit cold for me. The food is also great here. The dishes are tasteful, and many fresh products are used."

What also strikes him about living and working in the Asian country is the freedom. According to Wim, the rules are fairly flexible in Thailand. "If you want to build here, you have a permit in no time in most cases. It is annoying that Thai people almost always arrive too late at appointments. You have to live with that. I am a guest here. On the other hand, I think it is admirable that parents can live with their children when they get older. There are some homes for the elderly in Thailand, but they are not common. In the Netherlands, not many children will take their parents into their homes."

Wim does not see himself returning to Netherlands any time soon. Although he still thinks the Netherlands is a beautiful country, he has found his spot in Thailand with family and work. "Even my father and mother come over for six months per year to hibernate. Furthermore, you can get anything you want in Thailand, even Gouda cheese, so that is great. In my spare time I like to work in the garden, which can be done 365 days per year here, or I go fishing. But I have a bigger hobby also: American cars. At the moment, I am restoring an old Mustang. I also have a new Mustang and an old Dodge pick-up, completely fixed up. I am not bored for even a moment."