Italy: The Asian bug's nemesis has been found

Bioplanet has identified an insect capable of parasitizing the Asian bug. It is not an exotic antagonist, but it is already available in Italy. Therefore, it does not need to go through the whole process of introducing new bug species. 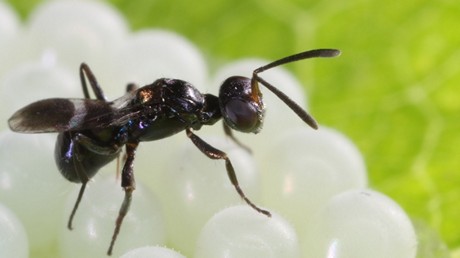 Stefano Foschi is a technician at Bioplanet, “The insect is called Anastatus bifasciatus. It is a Hymenoptera already present in Italy. In the past, many researchers studied it for its ability to parasitize the eggs of the Halyomorpha Halys. In our case, we noticed that in our area the Anastatus Bifasciatus showed a capacity to deactivate the Halyomorpha H.’s eggs way higher than the average. We ran many tests, and in all of them, the percentage of parasitized eggs was very high. Therefore, we believe this is the path to follow”. 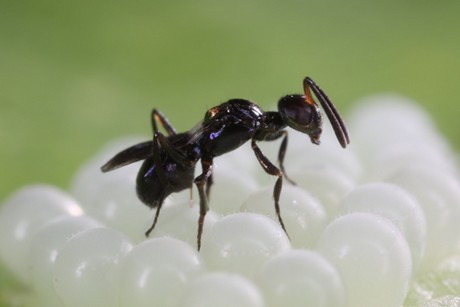 Since it is a native insect, it would not need to meet specific requirements. The first launches could already begin in the Spring of 2019. If everything will go as planned, farmers cannot be left alone.

Foschi, “We believe that we can reach our goals only if we collaborate with each other. In that regard, we have started discussing with different municipalities in order to follow a shared path towards the research and the mutual involvement regarding both the results evaluation and the territorial spreading of Asian bug’s antagonists. It would not be enough and it would not make any sense if we involve the farmers only”.

The agricultural world will surely play a key role in the fight against this bug. However, the Halyamorpha is so massively widespread that it would be equally useful to launch the Anastatus in the green areas surrounding the crops – where the Asian bug hides and nurtures.

Foschi, “Given the tests we ran, the breeding of Anastatus sounds doable and promising. In the past, they noticed it could parasitize the eggs, but not in such an effective manner. Probably, Nature itself countered the uncontrolled increase of Asian bug by triggering this defence mechanism. Through the breeding within the biofactory and massive launches, we can speed up the natural defence process.

‘Trap fields’ will be extremely useful in this fight. Crops like soybeans or field beans are perfect hideouts for the Asian bug. Also, the launch of the Anastatus will be very helpful for both orchards and greenhouses.