Heating your greenhouse with fuel oil can become an expensive affair when oil prices are high and winters are harsh. For this reason, Finish greenhouse growers boosted the use of fuel additives to make their heating systems more efficient and cut down their heating costs.

According to Ville Valkama of Turun Pari LTd, a growing group of Finnish greenhouse growers are using the fuel additives that his company developed. "Finnish greenhouse farmers rely on multiple energy sources like peat, wood pellets, liquid gas to find the most lowest heating costs. Many of the growers who use heavy or light fuel oil as their main energy source are using our additives to make their system more efficient, keep them clean and reduce their overall costs."

About 90 growers of tomatoes, cucumbers, bell peppers and flowers are currently using the Pari fuel additives. Valkama explained that in the beginning many growers were not convinced about using them in the first place, but as soon as the first users started to achieve good results with them, the story spread like wild fire and more commercial growers became interested.

One of these early adopters was tomato grower Stefan Fred of S&S Fred Ltd. in Närpes and Ilttulan puutarha (Ilttula’s garden) in Paimio, Western Finland. Stefan Fred grows tomatoes without supplemental lighting on a total of 4,300 square meters, divided over a 2,800 square meter plastic greenhouse and a 1,500 meter glass greenhouse. Both greenhouses are heated by piperail heating that distribute the energy from a heavy fuel oil boiler. During a regular production season that runs from late February till the end of October, Fred usually burns 100 to 120 tons of heavy fuel oil. 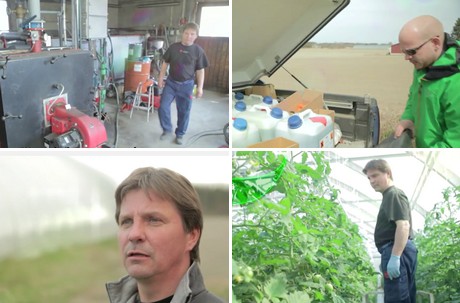 Fred started with the use of the additives in 2012. He added 1 liter of PARI to every 2000 kilograms of heavy fuel oil. For the first time in the history of his company, the fuel oil consumption got as low as under 68 tons in the season of 2012. Yields where exactly the same as the outcome of a similar year that he used 100 tons, so the grower was very impressed with the results by the end of the season.

Since then, the grower has been using the fuel additives every season, and the average fuel consumption of his heating system dropped to 60 - 70 tons per season. Also in years with extreme cold conditions and low light levels, the grower could use 40 % less fuel to achieve the same amount of yield. 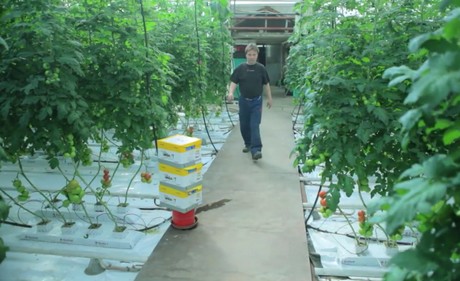 As well as this the grower confirms to have less trouble and malfunctions in the boiler room and confirms a longer life of the heating system. "The entire system stays clean, which also results in savings on service and maintenance."

The PARI fuel additives is designed to optimize the fuel oil's burning properties. This creates a more stable burning process which can lead up to 40% savings in fuel oil with all oil burner models. At the same time, the capacity of the boiler is typically increased by approx. 60%.

"Light and heavy fuel oils already have excellent energy efficiency. PARI Fuel Oil Additive further enhances the burning of the fuel oil by transferring the heat radiation of the flame directly to the surface of the furnace and onward to the process instead of transferring by conduction through a medium in the convection section", explained Valkama.