Fluence Bioengineering announced that its LED systems have been selected by MedMen for its newly renovated cultivation facility in Los Angeles. The new vertical farm replaces a traditional single-tier cultivation facility, and enables MedMen to use fewer natural resources, increase overall revenue per square foot and reduce operating cost per pound. 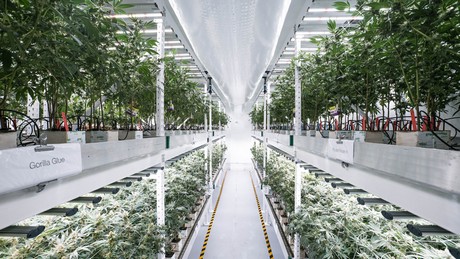 “Being an industry leader, our goal is to stay out in front and push our company into the future,” said Damian Solomon, Director of Cultivation at MedMen. “With the Fluence LED systems, we see faster bloom cycles and a significant increase in potency, density and overall quality of flower compared to traditional HID lights. It’s clear Fluence is a perfect partner to deliver the tools and technology to help us achieve our goals.”

The new facility is optimized to increase revenue per square foot, with all phases of plant cultivation — from propagation to bloom — growing under Fluence LED lighting systems. By transforming the growing facility from a single-tier traditional indoor farm using high pressure sodium (HPS) lights into a multi-tier vertical farm with Fluence LED lights, MedMen has: 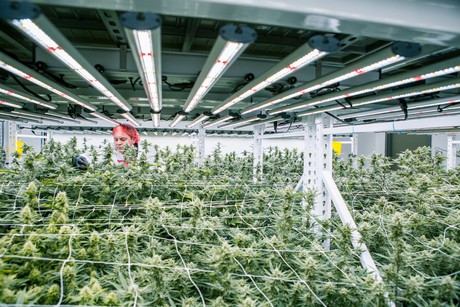 “MedMen is a shining example of how the cannabis industry will evolve to embrace more ecologically friendly cultivation practices to better serve patients, consumers, the environment and financial stakeholders,” said Jerry Kieran, Chief Business Development Officer at Fluence. “We’re excited to partner with MedMen as they help pave the way for North America’s commercial cannabis-cultivation industry.”