Each cucumber grower knows how lethal the effects of pests and diseases can be to his or her company. In order to reduce the risks of pests and diseases, a lot of attention is been paid to disease resistant varieties, biological and synthetic crop protection plus additional sanitary protocols. But have you ever thought about making the crop 'stronger' and more resistant by providing it with 'healthier' irrigation water? Christian Wimmer in his greenhouse in Graz, Austria.

For three years now, Austrian greenhouse grower Christian Wimmer in Graz, has been using an Aqua-Hort installation at his 2 hectare cucumber operation. Since then the grower has no longer been suffering from fungal diseases in his crop.

"The installation treats the irrigation water with electrolysis in order to fight bacteria and fungus that can damage the plants. The electromagnetic force exerted on the water literally pulls bacteria apart, causing them to die," said Aksel de Lasson, inventor of the Aqua-Hort. He explained that the treatment is based on the use of copper and is an effective way to treat water against fungus and bacteria, but it also helps to establish a healthy root and plant development.

Grower Christian Wimmer cultivates different types of cucumbers in his 2 hectare operation. The cucumbers are growing in trays with perlite substrate. The trays are disinfected and the perlite is renewed each year at the end of the crop cycle, in order to guarantee a clean production and clean start of a new season.

As well as this, Wimmer grows leafy greens in both open field and under plastic. All of his produce is marketed to supermarkets.

"At our nursery we are not recirculating, as we have an unlimited availability of groundwater to irrigate," said grower Wimmer, who wants to be sure that his irrigation water is free of diseases and bacteria. "We used to have a lot of fungus and diseases in the water that caused problems in our crop. Since we've been using the copper treatment, we've experienced less problems, while at the same time the crops have way more vigour and are more balanced and healthier." 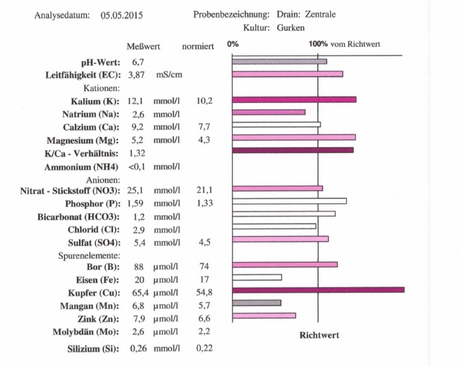 The Aqua-Hort copper dosing at Christian Wimmer is 4 ppm. In the drainwater and plant analysis you can see three typical observations from using the Aqua-Hort: 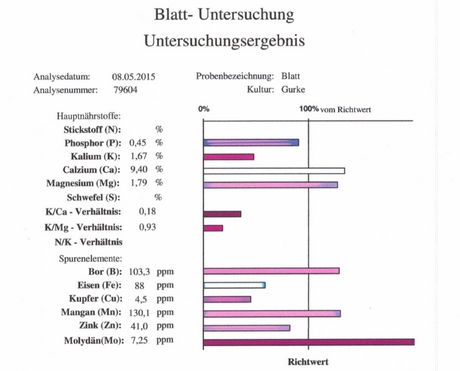 "The higher uptake of Calcium and Magnesium is a direct result from the increased number of white root hairs due to growing with Aqua-Hort," said Aksel de Lasson. 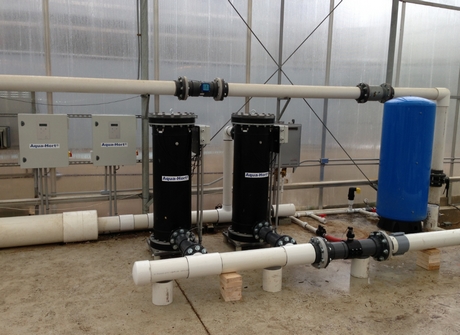