At many horticultural trade shows in the US, stories are going around about the new 'cash crop' which growers, glasshouse builders and investors are focusing on: cannabis sativa. For an average turnover of $ 4000 per square meter, are the Americans more than willing to turn their backs on tomatoes? 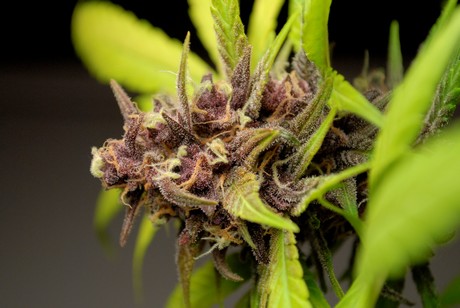 In 2012, Washington, Colorado and Oregon were the first US states to legalize the cultivation and use of marijuana. As a result of the progressive government of Obama, supported by the services of a battalion of persistent lobbyists, the legalized crop is spreading like wildfire across the nation. While the recreational use of marijuana in some states has been fully legalized, in most states, however, the drug is only available over the counter under the name of 'medical marijuana.' This happens in 'dispensaries': pharmacies where you can buy medical marijuana products if you have a special permit. Obtaining such a 'weed pass' is apparently not very difficult in some states. Suffering from an in-grown toenail, headaches or back pain? Then you have a good chance of lighting up a joint on the advice of the doctor. If you would rather not smoke, then you can choose from a wide range including cannabis cookies, oil or even wine gums.
Gold Rush

The legalization of cannabis has led to a new kind of 'Gold Rush' in the US. Serious investors see huge opportunities in this new industry. Entrepreneurs such as internet billionaire Peter Thiel, one of the first investors in Facebook and founder of PayPal, announced earlier this year that he has invested millions of dollars in the marijuana business. It doesn't seem to be such a crazy investment: last year, investors saw in excess of 60 percent returns on investments in marijuana start-ups, cultivation facilities or project development.
Expertise in glasshouse produce

These millions of dollars of investors are not being invested in a couple of lamps and compost for a few plants in a chilly basement or a dark attic. No, in the US they are talking about large-scale project development. The commercial fruit and vegetable industry has been the yardstick from the outset - and in particular the Dutch industry. Cultivation in high-tech greenhouses, with the help of assimilation lighting and even advanced vertical cultivation systems with LED lighting. Everything is being researched in order to meet the demand for a professionally grown product and to distribute the green gold.
According to Damian Solomon, there is also an incredible demand for knowledge from the commericial greenhouse vegetable growers. Solomon is an American crop advisor who has earned his spurs with organizations including Monsanto's greenhouse vegetable division De Ruiter and the large American tomato grower Eurofresh.

Recently, Solomon was hired as 'director of cultivation' at MedMen, a project developer who guides and advises investors in their marijuana projects. MedMen not only assists in setting up businesses, but also in running the businesses and selling the product through one of the franchised MedMen dispensaries. In this way, they can ensure high returns. Large business magazines like Fortune and The Wall Street Journal have already paid a lot of attention to the company which Solomon operates.

Solomon: "There is great demand for quality and responsibly produced marijuana, but so far there are few people with the knowledge of plants or large-scale commercial production employed in this sector. It is therefore logical that people from the horticultural sector are being asked to share their knowledge."
Meanwhile, MedMen is involved in many projects. Solomon says that capital has been invested in the research and development of professional cultivation systems. "We have contact with many glasshouse builders and suppliers from commercial greenhouse industry. They are working with us to develop a commercial cultivation system. We want to use energy, light and biology as optimally as possible and for that we are looking at a system that has been tried and tested in the commercial production of fresh produce grown under glass. This will ultimately yield the best return."

Tomatoes out, cannabis in?

Investing in marijuana is not only a trend among US and Canadian investors. There are also existing growers who are interested in turning their backs on tomato or pepper crops in favour of cultivating cannabis. "This new industry offers tremendous opportunities for professional growers," confirms Solomon.

According to Solomon, it is mainly the amazingly high turnover which is persuading the growers. "For a standard glasshouse crop such as tomatoes, growers can expect an annual turnover of approximately $ 100 per square meter. High-quality marijuana currently yields approximately $ 4,000 per square meter, so the difference is easy to see. Turnovers of $13,000 per sq meter are also possible, as you will have multiple crops per year."
A marijuana bubble?

Will this fast expansion in the market quickly lead to saturation. How much room is there for growth in the market? According to Solomon, the yield of $ 4000 per square meter will inevitably decrease, but the professional growers will still be able to hold on to a significant amount. "It is precisely this group of entrepreneurs that knows exactly how to grow as efficiently as possible. In the future, we foresee increased competition and tighter regulation. We believe that the companies that are developing their enterprises based on contemporary commercial glasshouse growers will be able to withstand these developments."

And MedMen is supporting them with this development. "We are applying the existing knowledge of growers into the development of the ultimate production system," Solomon said. "We are even investigating the use of semi-closed glasshouses, which is the most advanced technique that is currently available. But we are also looking at the use of integrated biological crop protection in order to use minimal chemicals and therefore to produce in the most sustainable way. Recently there have been quite a few incidents of irresponsible use of pesticides. Eventually the wheat will be separated from the chaff."

For more information on MedMen: