India might not be the first country to cross your mind when thinking of 'horticulture,' but with over 1 billion citizens, who are increasingly conscious about what they eat, it's an exceptionally attractive market. That is why participants from the program Partners for International Business (PIB) recently explored India with ten companies from the sector. We spoke with one of them, Alex van der Meulen, in his daily life export manager at Meteor Systems. 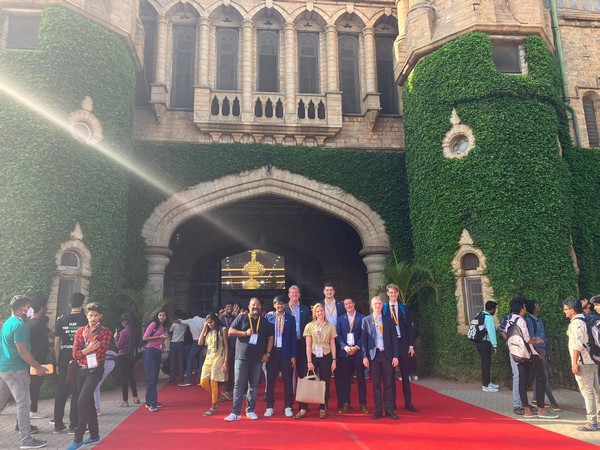 "India is still second in the world when it comes to population, and in the future, the country will likely become number one. A vast number of people, which also means a vast number of mouths to feed."

Besides, Indians want to eat healthier, sees Alex, preferably cultivated with as little pesticides as possible. Cultivation currently takes place mostly with low-tech greenhouses and in open fields. "I expect to see this change in the upcoming 5-10 years," shares Alex. "In The Netherlands, we also started with low-tech and gradually became more and more innovative."

A look into an Indian greenhouse
How does an average greenhouse look in India? "They're often tunnels or foil greenhouses or net houses, covered with insect netting." Much cultivation still takes place in open fields, although there are also growers that grow on coconuts. "That substrate they then lay on the soil in the greenhouse."

Regarding technology, most Indian greenhouses are supplied with a drip irrigation system. "Some growers possess an irrigation computer, while others simply turn on the tap. You also have a few who figure something out themselves: turn a coca-cola bottle upside down with a hose underneath, and you have yourself a sprinkler system."

In a few greenhouses, screens also hang suspended - a shading or insect screen - with some more straightforward technology, such as a fan to rid the greenhouse of warm air. "And in herbal cultivation, we also saw an occasional NFT system."

Mainly tomato and sweet pepper
So, what is being cultivated in such a greenhouse? "Mainly tomatoes and sweet peppers, and some cucumbers. No strawberry because you're not allowed to import bumblebees or honey bees in India," knows Alex. "Furthermore, lots of herbs are grown, such as basil and coriander, and also spinach; important ingredients in Indian cuisine."

Technological developments
When asked about the first steps towards more technology in Indian greenhouses, Alex mentions regulating temperature and more recirculation of water. "Water becomes increasingly scarcer, so there's a lot to save by making use of a closed system. Moreover, you immediately become less attached to the soil, improving both the air circulation underneath the plant and the evaporation, which in turn reduces the chance of mold."

Mold and plant homogeneity are still a considerable problems. "Yet, natural pesticides are also being used next to chemicals. For example, Koppert Biological Systems has been in India for some time already."

Besides, such cultivation results in less environmental pollution. With a closed system, foodstuffs and others don't end up in the soil.

Possibilities for suppliers
So, positive developments and possibilities for Dutch suppliers. In this respect, Alex suspects that the first steps will come from the south of India. "Cultivation closer to the equator is easily possible, although it is warm, so you'll have to do something with the climate. Also, financially that part of the country offers more possibilities."

Initially, this will happen in small steps. "Here and there, an upgrade. But when they see how well it works, there's a possibility that when building new locations, they immediately would go for a modern greenhouse, with all available features."

The companies that are lined up to supply these features are, of course, members of PIB: Meteor Systems, Van der Hoeven, Horti XS, Koppert, Lumiforte, Svensson, Priva, Bayer Seeds, Ridder, Hoogendoorn en Viscon – with cluster coordinators DGD, Innovation Quarter and Rotterdam Partners. "A fine group," as Alex calls them, "with a complete supply for the Indian industry."

In November, this club visited India for the first time for an exploratory visit of a week to Bangalore, Pune, and Mumbai. The future promises more visits, but perhaps even more important is considering the next steps for PIB. "Will we approach this as a group or not? That is still to be decided. One way or another, we remain in contact with all parties involved."