Getting as much light as possible into the greenhouse is something growers, and suppliers have been working on for years. Depending on the crop and temperature, a grower knows how to deploy the perfect climate strategy. The influence of the sun makes it clear that there is still much to be gained. PHYSEE responds to this with its luminescent coating technology. In the interview from InnovationQuarter, Sadiq van Overbeek, Co-founder PAR+ at PHYSEE, discusses the challenge of exploiting the enormous (roof) potential of the sector.

PHYSEE will apply the coating from July 2022 at Kwekerij van Boxel (600 m2) and Firma Verkade (900 m2) on greenhouses with cucumbers and tomatoes, respectively. PHYSEE, together with the growers, is involved in the validation of the PAR+ coating in cucumber and tomato cultivation.

The pilot will then start over a period of 40 weeks and will continue until the end of July 2023. PHYSEE is responsible for monitoring the coating quality on the greenhouse roof and the light spectra under the coated section and the control section. Verkade company and the Van Boxel nursery are responsible for weekly monitoring of the crop. The amount of harvested product and various crop characteristics are monitored. 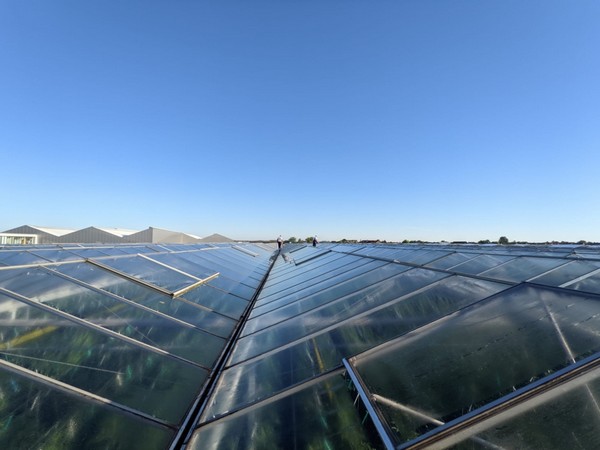 Correct crop growth
The Delft high-tech player ensures more Photosynthetic Active Radiation (PAR) in the greenhouse. This part of the light is needed to achieve photosynthesis for the best growth of the crop. The PAR+ coating that PHYSEE develops converts harmful UV light into growth light and also makes the incoming light diffuse. "In greenhouse horticulture, the rule has been in effect for decades: one percent more PAR equals one percent more production. In recent years this has become a bit more nuanced and based on which crop. But you see that this applies to many types of crops. Think tomatoes, cucumbers, strawberries, and roses. You can imagine that the growers in the Netherlands, and countries with similar climates, are doing their utmost to get the light into the greenhouse," says Overbeek. 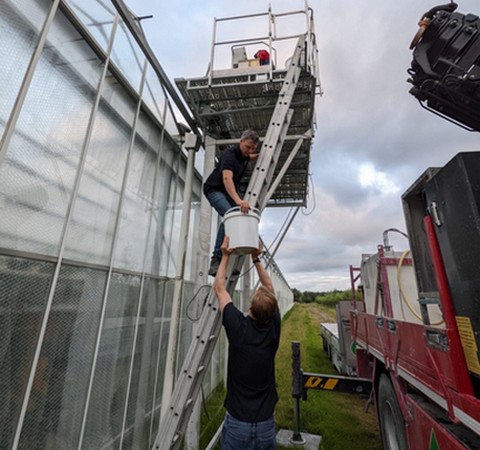 From permanent to washable
The idea behind the coating technology originated during a cycle race in Westland, a region in the Netherlands. Many thoughts, but this one stuck: what happens to UV light in all these greenhouses? "After a lot of research, Overbeek contacted partners in the glass industry. The coating used there was a permanent coating on new glass. "In this way, the grower doesn't have to be waiting for that. After all, they would have to replace all their glass with that. Our team then looked at existing application methods and adapted our coating so that it could be integrated into existing infrastructures. Our chemists played an important role in that." The renewed (washable) coating, which converts UV radiation into PAR light, retains its effect for a period of 8 years and can remain on an existing greenhouse cover all year round.