At cucumber grower Paul van Lipzig of Hortus in Futuro in Maasbree, the cucumber green mottle mosaic virus repeatedly popped up in the greenhouse in recent years. This year, too, an infection was present, but the virus spread much less than in previous years. The grower managed to curb the advance of the virus well with strict hygiene measures. An important part of this strategy is a special harvesting knife, says grower Paul van Lipzig and crop consultant Herman Hermans. 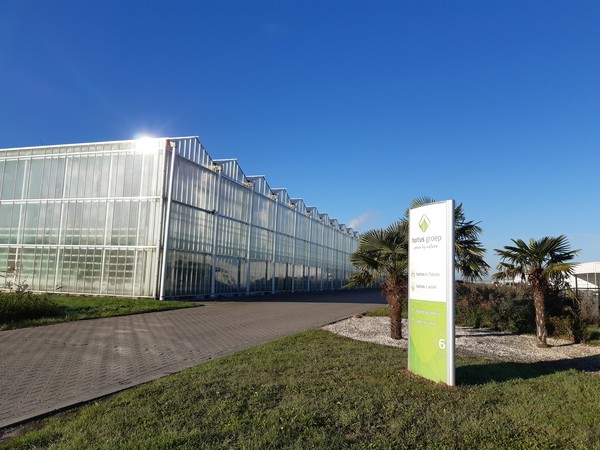 The special knife is a product of Top-3D. The Top-Knife is an idea from cucumber grower Hans Houben and his cultivation consultant Herman Hermans of Innocrop Consulting. Tom Houben, Hans' son, decided to further develop and start producing the knife. The collaboration with Hortiware with Dirk-Jan Haas as the contact person resulted in an expansion of sales points. Meanwhile, Top-Knife is already being used by cucumber companies at home and abroad.

Inhibiting spread of virus
"Herman came to us with the idea of the knife," Paul remembers. Hortus in Futuro has been suffering from the cucumber green mottle mosaic virus since 2011. "We know the virus well," the grower laughs with a hint of pain. "All ideas in combating the virus are therefore welcome."

The grower has three crops of cucumber per year in the greenhouse. Between crops, they thoroughly clean the greenhouse, and a lot of attention is also paid to hygiene during cultivation. "When harvesting, hands are disinfected every half-row," he says. The tricky thing with the cucumber green mottle mosaic virus is that the plant only shows symptoms of infection after about three weeks. "When cutting the fruit, you don't see anything of it at first," Herman also knows. "As a result, the virus can quickly spread 'like an oil slick' through harvesting and crop operations once one plant is infected."

This year, growers started working with the Top-Knife "from day 1". The knife was already being tested last year. "Our people didn't like it at first," Paul recalls. "However, they quickly got used to it." 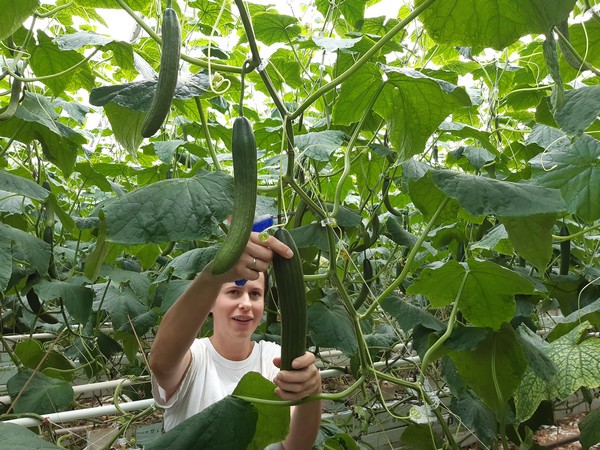 Automatic decontamination
The priority when developing the knife was disinfection. A reservoir with disinfectant on the knife takes care of this. The reservoir contains a disinfectant. Because the reservoir sits higher than the knife, a small amount of liquid flows continuously over the knife. Herman: "The system is based on gravity. All current systems used in horticulture depend on humans to operate properly. This design ensures that disinfection happens automatically." A full reservoir holds 50 milliliters of liquid. "With that, an employee can cut about 1,200 times. On modern farms with long pathways, that is plenty." 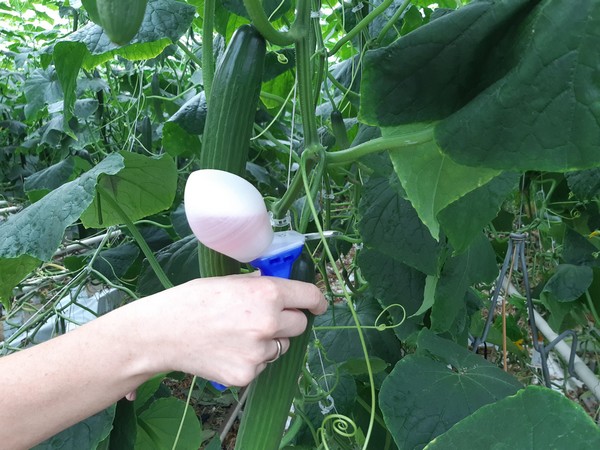 Control
The amount of liquid that keeps flowing can be adjusted by the grower with a screw. For this, a grower can use a small Allen key. There are two knives per employee, one blue and one red Paul: "When we have harvested a row, the employees change knives. The knife goes into a bucket with the disinfectant Virkon S. So does the reservoir to be filled. That way, we know that the employees are always working with a filled reservoir. For us, each color belongs to a side of the center aisle." Other growers use a different color at the odd rows than in the even rows. "By switching the color of knives, it is easy to check that the employee is switching after each row," he says.

Easy operation
In Herman's experience, who visits many growers' premises, people are 'creatures of habit.' Therefore, simple knife operation is important. "Old knives had to be tilted all the time for disinfection. That is not necessary now. This also prevents muscle and joint injuries that can occur with frequently repeated operations."

Before the inventors arrived at this knife, a lot of prototypes passed the revue, as Herman knows. "I haven't counted the number of designs, but there were many more than I can count on the fingers of one hand. The first knife also looked very different from the prototype. People have been working on it for more than a decade. Each time it turned out to be too complicated to work with. That is why it is so important that this knife is foolproof."

For harvesting performance, it is important that the knife can be operated with one hand. "In the market, you have knives where one hand is for the knife and the other hand for holding the fruit. Experienced harvesters do it with one hand. With this knife, that is possible."

Paul nods. "In the beginning, we saw that the harvest figures declined slightly, but soon the figures were back to their previous level. People are mainly looking at kilos anyway, but for us, the main thing is that we don't want any virus spreading. Because this knife works easily and good disinfection is guaranteed, I am really convinced that this has helped us keep the virus confined to certain spots in the greenhouse much better this year. As far as I'm concerned, that's proof that it works correctly." 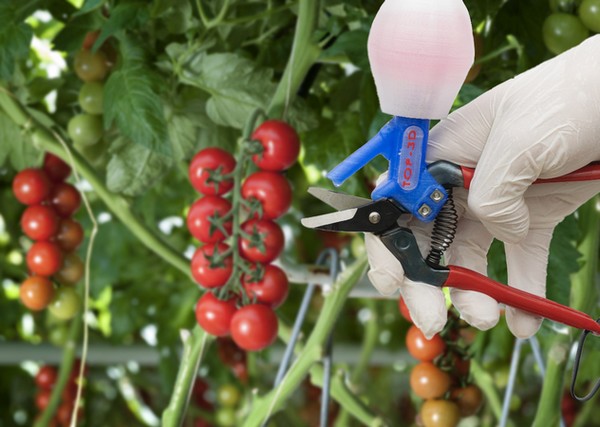 Development for other crops
The knife does not prevent virus infection, both Paul and Herman do stress. The cultivation process is too complex for that. Leaf picking, for instance, is a different operation. For this, Hortus in Futuro has been using a robot, a leaf-picking robot from Lenzeel, since this year. This is also equipped with a disinfection mechanism.

Scissors are also used in other crops. Meanwhile, its developers also have good experience with leaf scissors for cucumber cultivation. The prototype of tomato scissors is also ready. 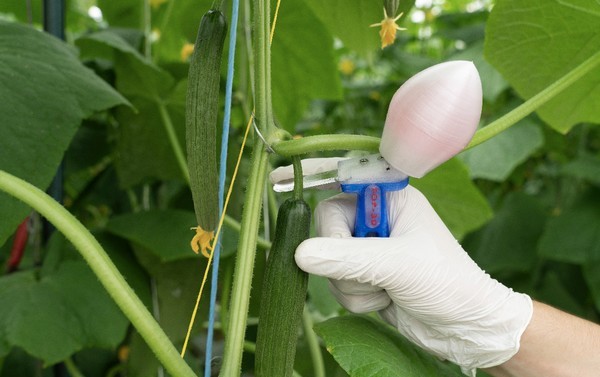