"Each time we answer a ToBRFV question, three more pop up," begins Evelien Aussems, a researcher at the 'Proefstation voor de Groenteteel,' a vegetable cultivation research facility in Belgium. This ToBRFV practical study - called PraKeTo - coordinator experienced this when the first year full of research concluded.

That was done in partnership with the Proefcentrum Hoogstraten, Scientia Terrae, and the East Flanders Provincial Research Center for Vegetable Production. "Growers keep asking for good hand disinfection methods and eagerly await the arrival of resistant varieties." With the start of a new four-year research project, the research consortium will try to answer these and other pressing questions around ToBRFV.

Last week, 'everyone that has anything to do with tomato cultivation' gathered for an update about the ToBRFV study's latest findings. The PraKeTo project focused on practical guidance and gathering knowledge about this virus. A group, including growers, was closely involved in the project. "As researchers, we followed up with several growers with infected plants," says Evelien. At least 15 Belgian farms already have this virus present, while in the Netherlands, there are officially 41. 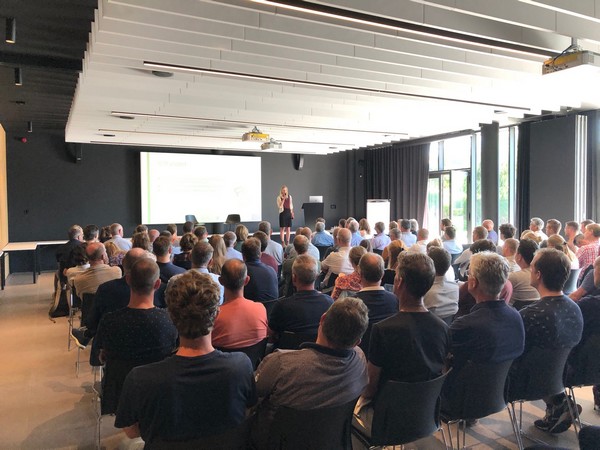 Drain water samples
One of the study's focal points was monitoring via drain water. The idea is that virus detection should be possible before symptoms of infection become visible on the plants and fruit. "Taking drain water samples gives you a better, broader picture than sampling per plant. Then, you'd either have to take samples from all the plants, which is impractical, or you'd have to sample the 'right' plants. That's not so easy to determine, especially at the onset of an outbreak."

The grower group specifically requested the study, says Evelien. "If a grower hasn't yet had an outbreak, we can successfully detect the virus in the drain water, and well in time. But what happens to the virus concentrations in the drain water of growers whose plants are already infected?" she had to wonder.

Nine growers already had this virus in their greenhouse, so researchers took bi-weekly drain water samples. They did so after the growers had cleared the greenhouse and, after a time, resumed planting according to all the relevant regulations. "We wanted to get an idea of how the virus concentration in the water evolves in a new crop, with or without a new outbreak. The virus did indeed return to some of the sites, while others were declared virus-free by the Federal Agency for the Safety of the Food Chain (FASFC) six months post-planting."

This study showed that virus residue can remain in the drain water. "It is thus important not to draw conclusions based on a single water sample. You must monitor the virus concentrations trend over a longer period," explains Evelien. 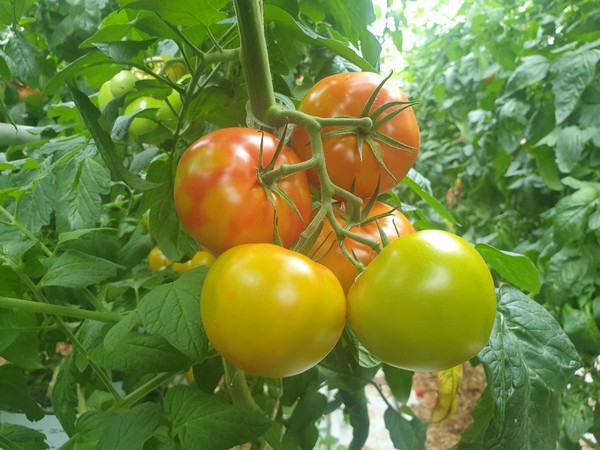 Distinguishing active and inactive virus
The four-year research project has now begun. Researchers from Proefstation voor de Groenteteelt, Proefcentrum Hoogstraten, and  Scientia Terrae want to further investigate their findings. The researchers also want to further examine the virus residue to determine whether the virus is still active or not.

The B2B project, which stands for 'Beheersing van ToBRFV op de Belgische tomatenbedrijven' ('Controlling ToBRFV on Belgian tomato farms') allows researchers to do this further research. One of this ongoing study's goals is to be able to distinguish inactive from active (infectious) viruses. "We learned that, after an outbreak, this virus is present all over. Much of this is probably residue that's no longer infectious. Clarity about that can give growers a little more peace of mind."

Researchers will also try to "get to know the virus better," says Aussems. "We want to use monitoring on farms to do things like map symptom expression, determine the incubation period, and learn more about the spread of the virus. With a new virus, there's always much to learn."

Cell phone decontamination
Cell phones were a second major focus of the PraKeTo project. Everyone has one these days, including in the greenhouse. ToBRFV is known to be very tenacious and can survive on surfaces for a long time. So, the thinking is that it can be on phones, too, thus necessitating decontamination methods to be sought there.

"We've been researching UV decontamination. We got the idea for that from an experiment. In it, we touched a ToBRFV-infected plant with our hands, then sent a message on our cell phones. We then checked to see how much virus was on the phone. We were shocked to see the sky-high levels of virus concentration," admits Evelien.

Thus, the search was on to find a way to disinfect cell phones. An American company, PhoneSoap, had developed a technique for this purpose. Evelien describes it as "a box in which you place your phone, where it is hit, on all sides, with UV light. After 15 minutes of exposure, the phone was virus-free." Growers found this to be too long and thus asked that they try shorter exposures too. "However, five minutes of exposure and disinfection proved too short."

Powdered milk
The researchers found that disinfecting your hands is a recurring topic among growers, as it was last week. After presenting the year's first research results, the audience already had new questions. "We even looked at powdered milk as a hand disinfectant. It's harmless to your skin and is widely used by growers," says Evelien.

They tested, for example, skimmed powdered milk from the local supermarket. "We dipped our hands in a 5% milk powder solution. After a single dip, we tried to re-infect a plant, and the powdered milk seems to work well." It is not as straightforward as that, though, and Evelien cautions against drawing hasty conclusions.

The milk powder (temporarily) encapsulates the virus but does not break it down. "After some time, especially at 15 immersions, the powdered milk was teeming with virus concentrations," she explains. The researchers thus advise growers to replace the powdered milk very regularly. "Otherwise, it becomes a major source of contamination."

Looking ahead
The new four-year project consists of five so-called work packages. Also, the new study explicitly seeks to connect with other research institutions doing ToBRFV investigations. For example, the European Virtigation project has close links with countries like Israel, where the virus emerged before reaching northwestern Europe.

"Above all, we don't want to duplicate research," Aussems points out. Not all five work packages will start simultaneously. The researchers, along with industry stakeholders, including growers, will review the study direction biannually. "It's vital that what we're investigating continues connecting to what growers want in practice."

What is clear, however, is that the researchers have not yet solved the ToBRFV puzzle. The test facility itself became infected last year. "We've seen what a huge effect such an infection has. We're fully committed to finding answers to the many questions."

"Every day, we get asked, 'Is this allowed?', 'Is that allowed?' It is a ferocious virus that greatly affects plants and fruits. In the coming years, we want to gather new knowledge about the virus, results with new - resistant or not - varieties, prevention management, and an integrated, post-outbreak approach," concludes Evelien.