A bad weather front has hit an area specialized in intensive cultivation in protected facilities between Gela (CL) and Ispica (RG), Sicily. The damage registered hasn't been huge, at least not everywhere, but some companies had to deal with the partial collapse of their greenhouses or polytunnels. 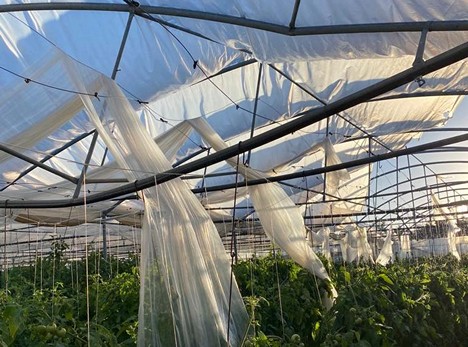 Some areas have been hit three times in less than a month. Small damages were recorded here and there, which may become a serious problem when they happen repeatedly. Scoglietti and Vittoria were also badly hit. A grower from Marina di Ragusa reports at least €30,000 worth of damage to the plastic film covers. This of course affects the companies' financial statements and household incomes. Warehouses were also damaged, ruining packaging, fertilizers and plant protection products. 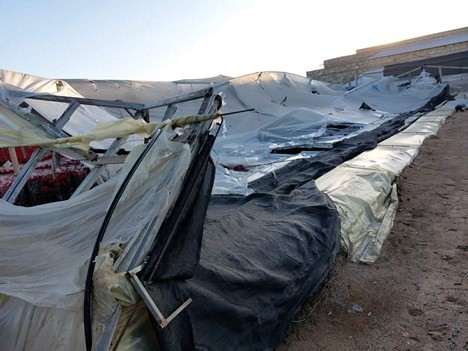 These weather phenomena are increasingly sudden and violent. The increase in the temperature of the Mediterranean sea causes phenomena such as the so-called "Medicanes" (a new term that joins the words Mediterranean and Hurricanes) which, according to the meteorologists, will occur increasingly often.

The problem is that some adverse weather events are not covered by the insurances and it is not possible to access govt help. Wooden/cement facilities continue to be the majority in Sicily, yet it is not possible to insure them. As far as the govt support is concerned, it is common in other Mediterranean countries but in Italy, which complies with European directives. 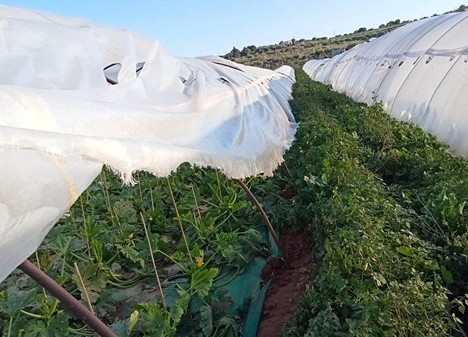 The bad weather seems to be always hitting this area, which is going through a difficult time since the market is slow as demand dropped in November. Additionally, production costs have increased by 40% while sales are dropping, especially in the big retail chain where special promotions continue to be at the expense of producers.

Hopefully, foreign consumption will also improve over the next few weeks as the Christmas period approaches.