Franky Hens and Kirsten Audenaert of the Belgian company Slamotra, who have a 3.3 hectare greenhouse in Kruibeke, put the third and final phase of LED lighting into operation a few weeks ago. At Slamotra, five types of lettuce are grown naturally on gutters. Since 2016, they have been investing heavily in the energy efficiency of their greenhouses. While LED lights were already being used on red leaf and oak leaf lettuce, now butter lettuce has also been switched from HPS grow lights to LEDs. Slamotra made the decision to do so based on positive research results for the precise spectrum for this specific lettuce crop, in combination with the steep rises in energy prices. Once again they chose Oreon’s Empress fixtures with the latest LED chips, which will save Slamotra significantly on energy consumption. 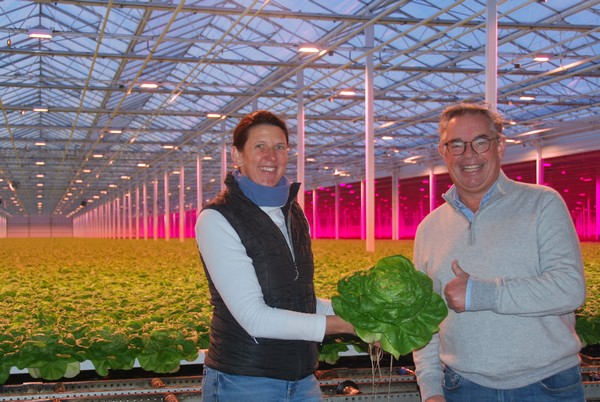 Saving energy
Franky Hens: “Our energy prices have gone up five-fold in the past year, so we had to respond to this. I wasn't fully convinced of the effect of LED on butter lettuce before, but a lot of research has been done on it, with good results, so I've decided to make the switch now. In this butter lettuce greenhouse of just one hectare, we went from 3 HPS lights to 2.5 LED light units per trellis, and the light output doubled with lower energy consumption. Given rising energy prices, the payback period for LED has now become a lot more attractive for us." 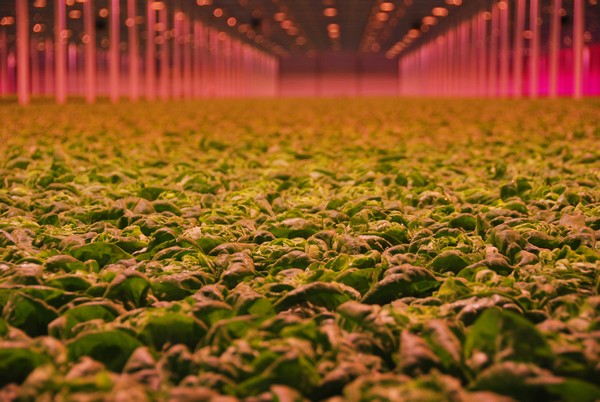 Dynamic spectrum
Franky Hens opted for different spectra in his greenhouse because butter lettuce has different light requirements in the early stage than later in its growth. For this reason, extra Far-Red was added to the Empress fixtures with a Low Blue White spectrum in the first 12 trellises of the greenhouse. Far-Red ensures that the young plants get the desired shape. After the head has formed in the first few days, the lettuce is illuminated with a Low Blue spectrum with extra white light. This modified light spectrum offers better visibility in inspection activities in the greenhouse. Franky Hens: "We’ve been growing with dynamic light spectra since the beginning of the growing season, and this allows us to adjust the lighting to the weather and the energy prices. I am very happy with the quality of the butter lettuce, which is significantly better than under HPS." 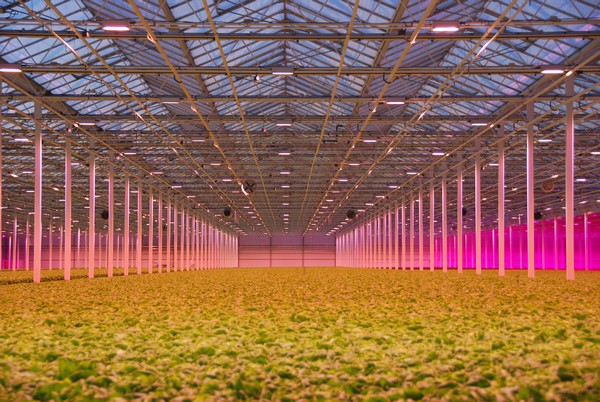 LEDs with dimmer function
Slamotra is the first grower to have a dimmer function on Oreon’s top lighting. This need arose from the fact that HPS lights are not dimmable and therefore had to be switched in groups, resulting in lower uniformity. Dimming of LED fixtures allows growers to lower light levels while maintaining high uniformity and gives them more control over growth. Oreon also saw the benefit of this. Sales Director Jan Mol: "We are seeing demand for the control of LED lighting increasing, especially in this energy crisis, where a dimming function makes it possible to light the plants even more efficiently."

Saving energy in the greenhouse
Slamotra has been investing heavily in an energy-efficient greenhouse since 2016. All the water in the greenhouse is reused: the rainwater from the roof is collected and reused as irrigation water for the plants, and Oreon's fixtures are water-cooled; the heat from the LEDs is transported from the top of the greenhouse to tubes under the cultivation system. Reusing this residual heat means they do not have to use the heating system as often. On an average day, when lighting is used for 15 hours, this translates into savings of more than 200 m3 of gas per day. 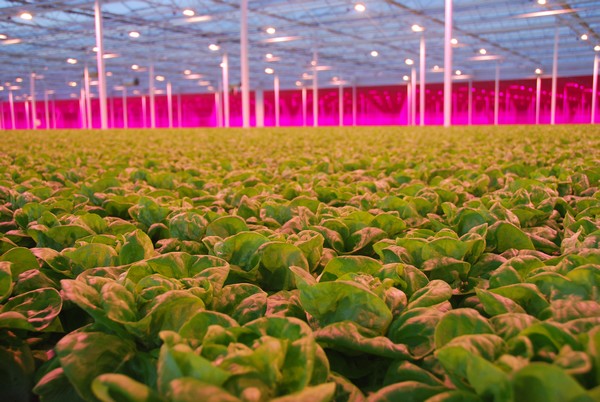 The water cooling of the lights is a big advantage when growing cold crops such as lettuce. "With HPS, we sometimes had to turn off the lights because it got too hot, but with LEDs, we can use lighting for a longer period," Franky Hens says. "In addition, lighting with LEDs is a lot more efficient because it is made up of blue and red light, which the plants use better than the yellow light from HPS."