If it is up to Ilyas Ahmadov, the concept of being late or early in the market will be diminished for his blueberry crop. The general manager of the Azerbaijani company BerryBlues sees how some countries seasons overlap now. “Consequently the future focus will be on new cultivars, suitable for longer storage and shelf life,” he says.

Two years ago the WeGrow group decided to expand their tomato cultivation and decided to go for non-traditional crops, that had not been grown in Azerbaijan before: Blueberries. Their BerryBlues project is now a 20ha blueberry growing company with the density of 8333 plants/hectare. 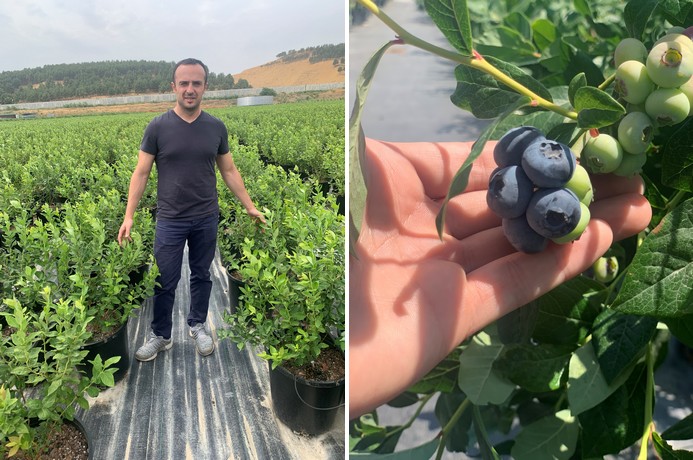 How has it been going? How was it starting an operation in a year distinguished by Covid? Fortunately, thanks to Ilyas’s network, it wasn’t hard to train enough people. “The completion of the course on blueberries in one of the leading Universities of USA, enabled us to tackle the absence of blueberry consultants and do things on our own,” he says. “We still need to practice more on pruning and picking, as some of the cultivars are still new for us because they were planted this year.”

Despite BerryBlues being able to export to two different countries, it was a tough season. According to Ilyas the market could be characterized in two phases. “In June prices were as expected. Morocco and Spain were out of market, due to climatic conditions and quality issues. However compared to last year’s June month, this month favorable market conditions were 5-6 days shorter.” He says the reason was a surge in supply from the Georgian Market. 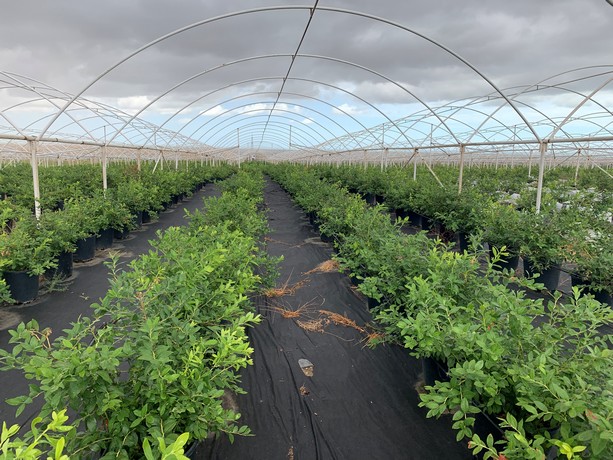 In July, prices in some markets, especially in Russia and Ukraine, were up to 20-30% lower compared to last years same period. There are several reasons for that, says Ilyas. “According to some sources Georgia is by now producing blueberries on more than 1000ha, of which more than 50% reached its full potential. The same goes for Ukraine – but their season is three weeks later. Then also Russia itself started planting a lot of blueberries, and some plantations already reached their second growing season.”

When looking into these market developments, Ilyas anticipates that due to the various cultivars being grown, some countries seasons will continue to be overlapping with others. That’s why BerryBlues’ focus in the future will be on new cultivars, suitable for longer storage and shelf life. “The concept of being late on the market will be diminished in the upcoming years,” he says. 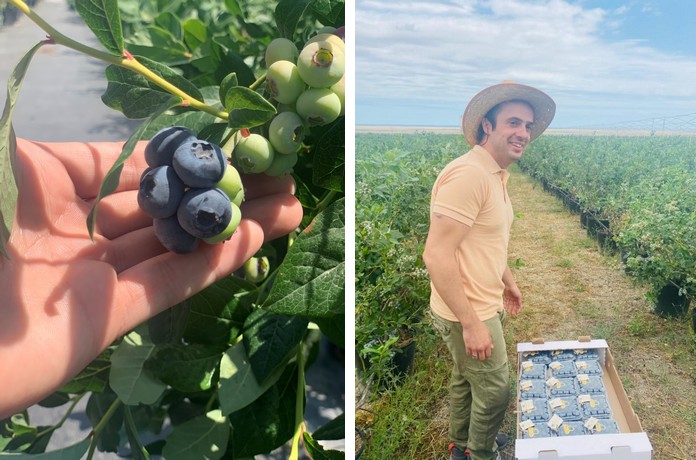 He is confident that pot culture is the future of blueberries. “Definitely. We keep learning every year and we keep testing various techniques on plant density and irrigation. Breeders come up with new cultivars every year; thus, making consumer to choose between various varieties. We won’t be surprised if in 2-3 years consumers will know some of the blueberries by the cultivar name.”