In Ukraine, greenhouse tomatoes and cucumbers are pollinated by Dutch bumblebees

USAID project "Economic Support to Eastern Ukraine" reported on Facebook that the agricultural cooperative "Vegetables of Stanychnyky" in the Luhansk region use the Dutch bumblebees for pollinating tomatoes and cucumbers in greenhouses.

The bumblebees were exported by Rosana Biological Solutions. One hive is enough to pollinate plants on an area of ​​4 acres. "In each paper hive, there are fifty bumblebees in a small house. Special syrup inside the hive is for feeding the insects during transportation. In the greenhouses they get pollen from plants,” said Marianna Nescheret, co-founder of the cooperative.

Last year, the cooperative used the bumblebees for the first time. This year, the number of people willing to buy hives has increased. The use of bumblebees made it possible to pollinate the plants faster, which contributed to a uniform and fast ovary. Such bumblebees live 11-13 weeks while doing their job. 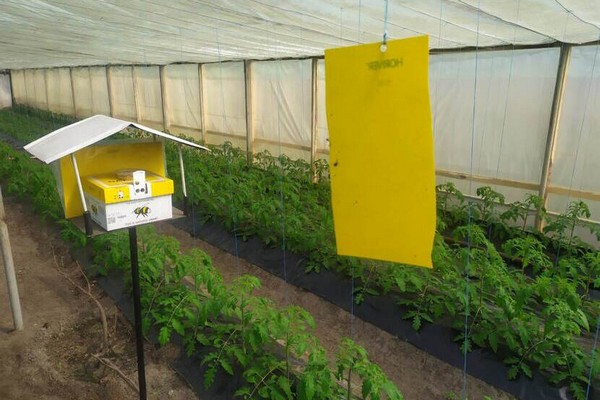 "Last year, nine people in our cooperative bought bumblebees, this year - fifteen. Farmers saw the result - the pollination of tomatoes was faster, the fruits grew unified in size. Previously, we helped speed up this process and pollinated the plants manually. To pollinate, you need to shake the plant. However, when there are two thousand plants in the greenhouse, it is difficult to do it manually. With bumblebees the ovary is formed earlier, so we sold the first harvest when the vegetables were still expensive on the market. It is economically profitable,” shares Marianna.

“The plant protection system is based on high-quality pest monitoring at an early stage of development. Glue traps help in this. This is a brightly colored sticky tape to which insects stick in the greenhouse. The use of such a tape makes it possible to see pests at an early stage and apply appropriate methods against them. Each treatment is a stress for the plant. Using such tapes from pests control we protect plants from over-treatment and grow an organic product,” said Alexander Karelson. 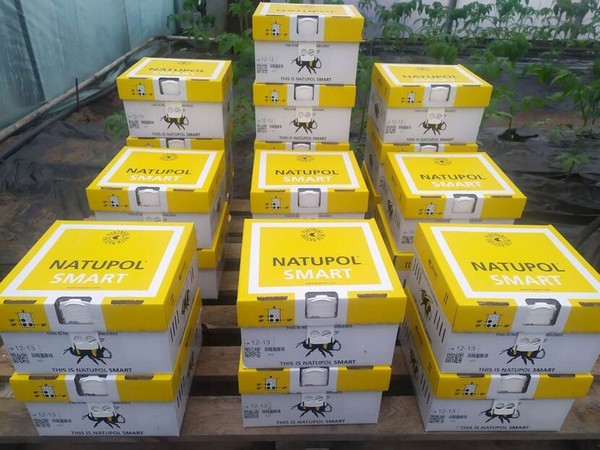 The use of adhesive tape helps the villagers to reduce the number of treatments of plants and to respond in a timely manner to the appearance of pests. The cooperative has been cooperating with the USAID Project since 2018. During this time, thanks to the advice of USAID Project experts, farmers have improved the agro-technical processes of growing vegetables, expanded the range, geography of sales, entered new markets. This year, the USAID Project plans to build a logistics hub in Stanytsia Luhanska to store and cool vegetables. It will be available to all farmers in the village.

Grant and educational assistance to entrepreneurs in eastern Ukraine is provided by the USAID Project as part of the East of Economic Opportunities information campaign. The campaign is designed to draw the attention of all of Ukraine to the needs and opportunities of the East, because never before in the region there have been so many initiatives aimed at improving living standards, developing business in promising sectors of the economy, rebuilding infrastructure. Never before have there been so many projects ready to attract investment and help the region become strong, creative, and attractive for work and life.