The University of Missouri today honored Henry Kirklin, a celebrated Black farmer and educator who lived in and around Columbia from 1858 until his death in 1938, with the naming of the Henry Kirklin Plant Sciences Learning Laboratory in his honor. Nearly a dozen of Kirklin’s descendants were in virtual attendance as leadership of MU and the College of Agriculture, Food and Natural Resources (CAFNR) dedicated the lab, which recognizes the man believed to have been the first Black teacher at the University of Missouri.

“Henry Kirklin’s vision for education was comprehensive,” said Mun Choi, president of the University of Missouri. “He believed not only in the immediate value of learning, but also in its generational value. We see that in the legacy he left for Mizzou.” 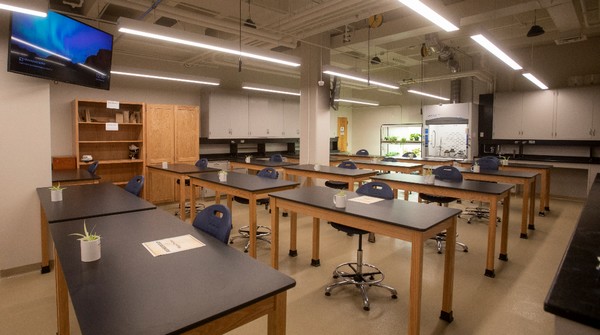 During Kirklin’s lifetime, the university prevented Black people from holding official teaching positions. Kirklin taught in an unofficial capacity in the horticulture department, where he educated students on how to prune and graft plants. Nearly a century after his death, Kirklin’s great-great granddaughter was gratified to see her ancestor honored for his accomplishments.

“It’s fantastic to see this recognition of what he meant to the Columbia community and to the university,” said Leah El-Amin, a direct descendant of Kirklin through her mother, Aaron Coulter. “He was a successful businessman and educator at the turn of the century, which was significant and groundbreaking for that time. It is exciting to know that his legacy is carrying on with this lab.”

The lab features a series of digital displays that can be connected to microscopes to display detailed images of plant cells to the entire class, part of a suite of state-of-the-art technology that allows plant sciences students to perform a variety of hands-on tasks without leaving the lab. Christopher Daubert, vice chancellor and dean of CAFNR, extolled these features in his remarks Wednesday.

“The overall design and technology of the new Learning Lab will enable our college to better prepare students for the modern plant science work force, and it will be a centerpiece of undergraduate recruitment,” Daubert said. “Technology in the classroom will enable virtual lectures from experts outside MU or virtual field trips to world-class facilities like the Danforth Plant Science Center in St. Louis.” 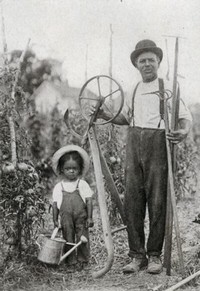 Kirklin was born into slavery in 1858 on a farm east of Columbia and was freed by the age of 5. According to the Missouri State Historical Society, Joseph Douglass, a local greenhouse and nursery owner with ties to MU, hired a teenaged Kirklin to work at his business, a job that eventually turned into a position at MU’s horticulture department as a greenhouse supervisor and gardener. Kirklin’s skills at managing plants were striking, and he was quickly given the role of teaching students practical gardening skills. But despite his obvious talent, he was forbidden from teaching inside in a classroom and was never given an official faculty position.

After his time at MU, Kirklin started a farm in Columbia. Predictably, it became successful almost immediately. He soon acquired multiple properties, and horticulture students now came to his farms to see him in action. He was particularly skilled at cultivating strawberries, and his fruits and vegetables were renowned for the quality and high yields he was able to produce. In the Columbia community, he was known to mentor and financially assist young Black students who wanted to go to Lincoln University, the only local university open to Black students at the time.

“There is evidence that Kirklin was providing produce to all the major grocery stores in town, and to the university dining halls, including the University of Missouri,” said Chris Campbell, the executive director of the Boone County History & Culture Center. “When he wasn’t attending national conferences and meeting the likes of Booker T. Washington, he spent his whole life in Columbia. He had relationships everywhere.”

While many people are aware of John William “Blind” Boone, another early Black resident of Boone County who became a nationally recognized musician and composer, Kirklin is comparatively little-known, according to Billy Polansky, the executive director of the Columbia Center for Urban Agriculture (CCUA). For someone so well-known in his day — a local newspaper stated in 1903, “No man in Columbia stands higher in the estimation of the people than does Mr. Henry Kirklin,” and noted that he would have an exhibit at the upcoming St. Louis World's Fair — the lack of awareness surrounding Kirklin’s role in Columbia’s history doesn’t sit right with Polansky.

“More and more people want to know about the contributions of Black historical figures, and at the same time, they want to know more about their food and where it comes from,” Polansky said. “In Henry Kirklin, those movements converge. He was educating young people about farming and advocating for urban agriculture long before the CCUA. He truly was one of Columbia’s founding fathers, and his name deserves more recognition.”

Read the complete article at Missouri.edu