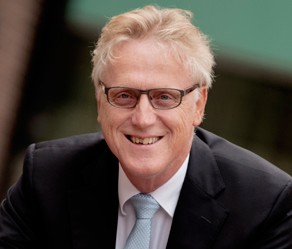 "On the banks of the Gantel, between Monster and De Lier, where a thousand flowers bloom, and beer flows abundantly." These are the first sentences of the song 'Glas', a musical tribute to the Westland by Jan Boekestein. The song is now also available on various online streaming services.

Jan played keyboards in various bands from the Westland. He also wrote in Dutch or "Westlands", while as a composer, musician, and/or producer he also played a part in many Dutch and Westland songs.

The song 'Glas' was written ten years ago by Jan as a tribute to the growers in the Westland. In 2012, the song was released on a CD titled 'De Westlandse Banden' which also contained several older songs.

Perhaps the most famous song, 'Oh, Oh, Westland', was released in 1982. "The parody started as a joke, but to this day the song is still an unofficial anthem for many inhabitants of the Westland," says Jan, who currently works at Intervicis Consult BV in Zundert, but spends a lot of time in the Westland for his consulting business.

In addition to YouTube, several older songs are now easier to find for the new generations since they have been released on streaming platforms, including Spotify and iTunes. This will make it even easier for students who might be working in a greenhouse this spring break to enjoy a musical tribute to the Westland. "However, the songs are also available on CD, in case people still have a CD player."