Ilil Hertz on starting a greenhouse

"I spent many hours in front of my computer, now I'm connected to nature again"

Years and years ago there were cows walking around at the kibbutz Nir Elyahu that was erected by the grandparents of Ilil Hertz – but there’s no room for them anymore. Earlier this year and within a fortnight, a complete 500m2 greenhouse was erected. Within this TAPKIT, the former graphic designer is currently growing Bok Choy. “Before I spent many hours in front of my computer. Now I’m connected to nature again.” 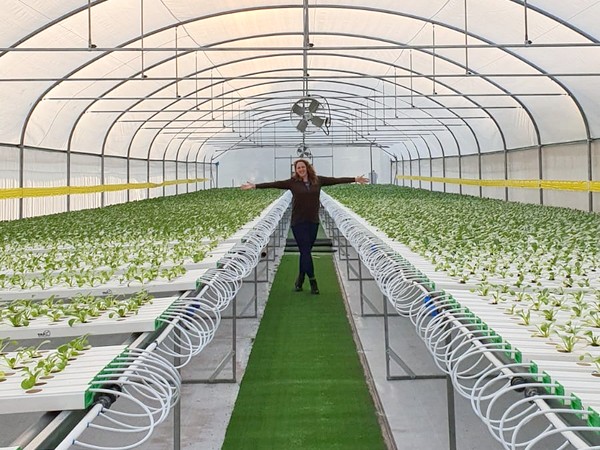 Nir Elyahu Kibbutz
There’s rows and rows of bok choi plants growing in a very clean and new looking greenhouse at the kibbutz Nir Elyahu in the Sharon region, Israel.

The greenhouse is a TAPKIT, a 500m2 hydroponic unit, which can produce 6-12 tons of leafy vegetables and fresh herbs per year. Ilil Hertz started this new project together with her husband. She works in the greenhouse and does the daily work.

“I wake up early in the morning, go to the greenhouse and check the water, make sure that everything works fine and that all plants in are doing well. I talk to my plants as if they are my babies”, she laughs. “It’s like having many more children.” And even though due to the lockdown her three human children have been at home since March, Ilil is very happy she started this new endeavour. Not only are the children great help, but her transition to becoming a grower was also a much needed career switch.

“I worked as a graphic designer. Spending many hours in front of my computer was something I wanted to change. Now I can move around and I don't sit still all day. It’s a first start but I think it’s a good one. I enjoy the work a lot.” 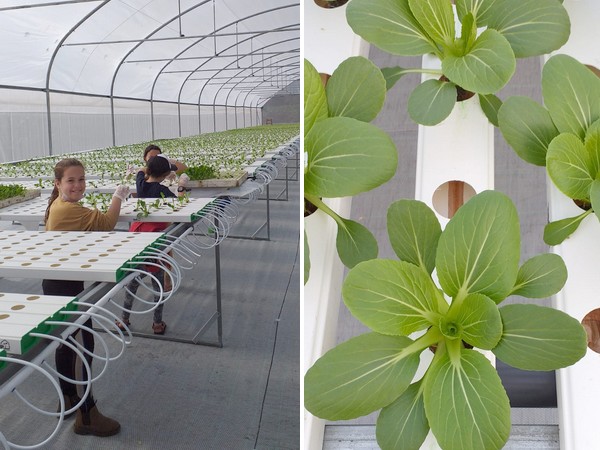 Kibbutz
Despite the horticultural industry being fairly new to Ilil, she already has some experience in agriculture. The TAPKIT was realized at the Kibbutz that was erected by her grandparents. “My mother, father and family lived there and were surrounded by the fields: oranges and avocados. We lived in the nature. That’s where my connection with nature started. But it got lost when I studied at the university and I wanted to go back to it.”

When she heard about the TAPKIT, she was sceptical at first. “I was curious, how can I do a project like this alone? Well, actually it’s pretty simple,” she now says. “And there’s a lot of support, including a growing app. The TAPKIT team guides you and tells you what to do. They don’t leave you hanging, they really help.”

This support already started when the greenhouse arrived. With the TAPKIT-kit everything is included: the construction, the foil, the water system. It took 12 days in total to build the entire construction. “You can assemble it yourself, but we chose to have it being assembled by the team from TAPKIT. At the Kibbutz, where we build it, everybody was surprised that it was built so quickly. The people from TAPKIT came and within 2 weeks we had a greenhouse. Within 3 weeks there were plants growing. That surprised everybody.” 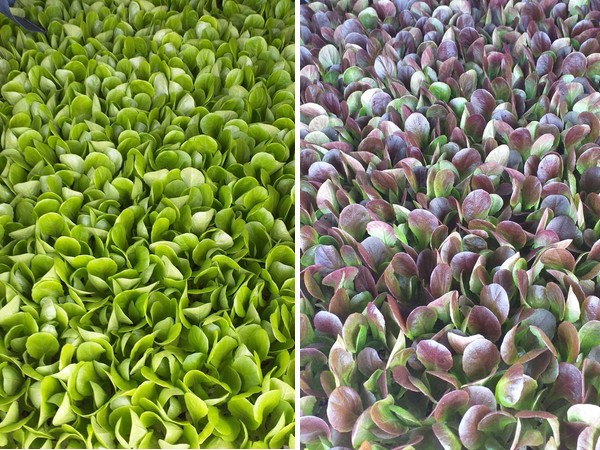 Easy to grow crop
In the greenhouse Ilil and her husband grow hydroponic leafy greens. Because it is their first experience in the hydroponic industry, they decided to choose an ‘easy to grow’ crop. “The first crop is Bok Choy. Japanese and Chinese restaurants use it a lot.”

The vegetables will be sold directly to local restaurants and produce stores, a network that Ilil is currently setting up. “We can always sell our products to the main market. But that is not something we prefer, we look for local buyers. There is a restaurant just outside the greenhouse and they agreed that we can grow whatever they need. Some crops we grow especially for them, so that they will have fresh produce available every day. For us, that would be an ideal situation: a couple of restaurants and a few people that come and buy it from us directly. That’s enough,” Ilil explains. 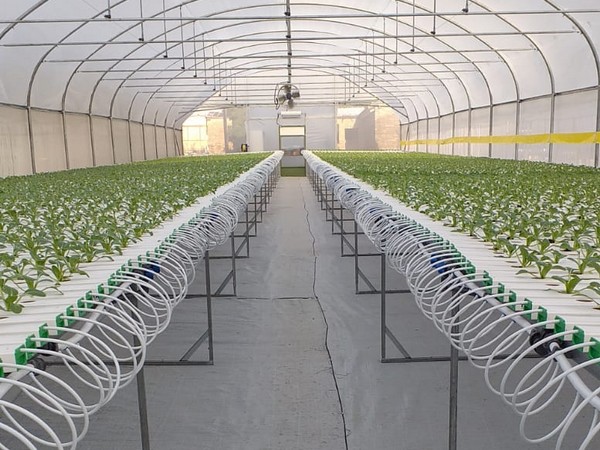