This week’s virtual town hall examined the impact of the 2020 elections on the fresh produce and floral industries, with a specific focus on policy implications. Richard Owen, Legislative and Regulatory Affairs Team Lead at PMA, who led the panel, says: “When we set out to do this town hall, we knew we’d be challenged in reporting everything that came out in the election, and at this point there is still a lot we don’t know. So, we’ll report on what we do know and look at the policy implications of either a Biden or a Trump administration going forward.” 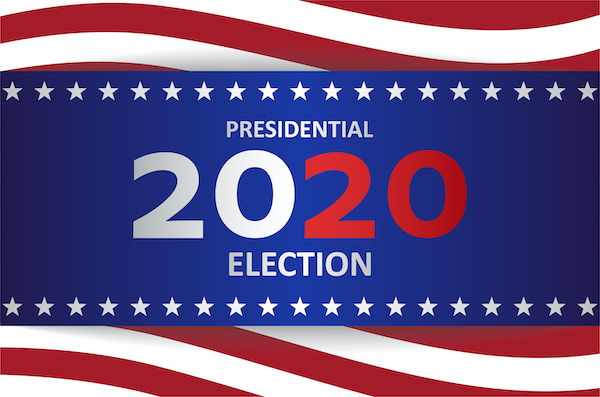 General policies
Some of the policies that are important for the produce industry that could be affected by the outcome of the elections were discussed by the panelists. Jennifer Maloney, Global Americas Strategic Account Lead at Bayer Vegetable Seeds, shares: “Immigration will be an important topic, and I think that regardless of who wins there will be changes, but they’ll be small changes rather than wholesale changes. The biggest focus of policy for either possible administration will be on Covid-19 relief. Anything that will be done in the next year, or possibly even longer than that, will revolve around that and be with a lens of benefitting domestic companies and workers, creating stability and feeding programs. I think we’ll see renewed efforts of continuing the PPP (Paycheck Protection Program), the Farmers to Families Food Box Program, as well as the Independent Restaurant Association’s bill potentially being included in that.”

Hunt Shipman, Principal and Director of Cornerstone Government Affairs, agrees with Maloney that Covid-19 relief will remain a priority for either administration. “Senator Mitch McConnell of Kentucky recently said that he sees a fourth Covid-relief bill as well as additional Covid response legislation as a top priority. The components of the current bill that is being put together are largely focused around testing and vaccine distribution. For the produce industry, what will be important is the amount of money that will be allocated for additional agricultural assistance. Whether or not the SNAP benefits will be extended, for example, with there currently being a 15% bonus payment, and many sides are hoping to see that either continue or be renewed in a future bill,” he says. In addition to a possible new Covid-relief bill, the Water Resources Development Act is also due for examination this year.

Tom Karst, Editor-in-Chief at the Packer, adds: “The industry lobbyists have done a good job of maintaining good relationships with both the Republican and Democratic party, so whichever administration we will end up with, I think we can be sure that the industry will be well-represented. I think that for either administration there will be a strong support for nutrition programs. One policy where there might be some differences is that of H-2A reform. The Trump administration has recently updated the Adverse Effect Wage Rate methodology, and if Biden comes into office it remains to be seen if there will be a continuation of that or if they will backtrack on these reforms.”

Shipman also foresees that if Biden wins the election, there will likely be a flurry of regulatory actions from the Trump administration between now and January 20th. “There doesn’t appear to be a change in control of the senate, so it’ll be very difficult to backtrack on those actions if Biden comes into office. So, in the case that Biden wins, the next two months will be more regulatory than legislatively focused,” he says.

Trade policies are vital to the produce industry. “Biden has more of an internationalist outlook on foreign policy and a deep belief in working with allies,” Maloney says. “There are four things I expect of a Biden administration. First, they’ll be tough on China. Second, they’ll work to rebuild relationships with allies. Third, they’ll make sure that the labor and environmental community have a seat at the table. Finally, they’ll enhance the ‘by-America’ programs and encourage domestic manufacturing,” she adds.

For a continuation of a Trump administration, it won’t look very different, according to Maloney. “We’ll continue to see managed trade, and they’ll continue to use pre-WTO era tools, such as Section 301, to remedy discriminatory trade practices. They’ll continue to use the threat of tariffs to help with negotiation as well as leverage tariffs to increase US domestic production. The administration wants to put American workers first, so from a trade perspective there will be a focus on anything that helps promote American workers and businesses,” Maloney says.

Besides the outcome of the presidential race, there are also other significant elections that could have an impact on the produce industry. “One of the biggest surprises of the election was the defeat of the current Chairman of the House Agriculture Committee, Collin Peterson of Minnesota. This set off a leadership race among democratic House and Committee members. The three frontrunners are Marcia Fudge of Ohio, David Scott from Georgia and Jim Costa from California. I could see one of them being the likely heir-apparent of Chairman Peterson. We’ll also have to think about who will comprise the new cabinet if Biden wins. Peterson has been mentioned as a potential Secretary of Agriculture, and especially now that he will no longer be the Chairman, that could be a good possibility,” Shipman explains.

On the Republican side of the House Agriculture Committee there will also be some changes. “Current ranking member Mike Conaway is retiring, and the race for his replacement has been underway for about two years now. There are three main candidates vying for it: Congressman Thompson from Pennsylvania, Congressman Crawford from Arkansas and Congressman Austin Scott from Georgia,” says Shipman.

He continues: “Additionally, Ted Yoho has retired, and he was one of the most vocal members from the produce and production perspective. If we see a gain in republican seats in the House, we’ll also see additional seats added to the committee to reflect the party ratios across Congress and the House. So, we’ll see changes from defeats and retirements, but also Committee shifts based on party shifts.”

Next week
Next week’s virtual town hall will look ahead at the end-of-the-year holiday season. This year’s holiday season is likely to be very different from past years, with much smaller gatherings and family members joining the festivities virtually. These changes will affect how consumers shop for the holidays and how retailers and other types of businesses, including restaurants and hotels, prepare. Next week’s virtual town hall will look at what’s likely to change and how the industry can successfully adapt to it and profit from it.