Located at the University of Alberta in Edmonton, the lab’s team of dedicated researchers led by Dr. R. Glen Uhrig are working around the clock to unlock the mystery surrounding signalling events that control plant growth and development.

They have a climate controlled plant grow chamber from Conviron outfitted with lighting technology from G2V to conduct their research and answer some of the world’s most important questions surrounding plant growth.

Desire to mimic solar conditions
When the Uhrig Lab partnered with G2V Optics in November 2018, they were using standard high output fluorescent lights in their growth chambers.

Fluorescent lighting has been the standard for controlled environment plant research for many years, however the Uhrig Lab wanted to program the spectra and closely match solar conditions. Enter G2V’s programmable Perihelion commercial-grade grow lights that give users like Dr. Uhrig and his team the power and ability to create infinite light recipe variations for their research.

G2V's precisely engineered lights can do everything from replicate a sunset in August at the Equator to a sunrise in January at the North Pole — and everything in between.

Beyond mimicking different natural seasons and geographic locations around the world, the lights can tell plants to grow bigger, faster and even more nutritious.

This gigantic leap in technology also helps the Uhrig Lab increase the speed, accuracy and depth of their overall data collection and research. Light is critical for plant growth and development.

“This is invaluable,” said Dr. Sabine Scandola, a postdoctoral fellow with the Uhrig Lab as she pointed to two mini-grow rooms that have been custom built in one of their larger Conviron plant growth chambers. The top tier of the grow room is labelled “summer” and the bottom tier is labelled “winter”.

Different colours of light pour out of each when their cupboard-like doors are opened up by Dr. Scandola. Inside both are plants — mainly Arabidopsis thaliana, a plant model favoured by research labs because it’s a small weed that grows quickly and its genome is completed sequenced allowing researchers to use well-defined molecular biology tools during their experiments. 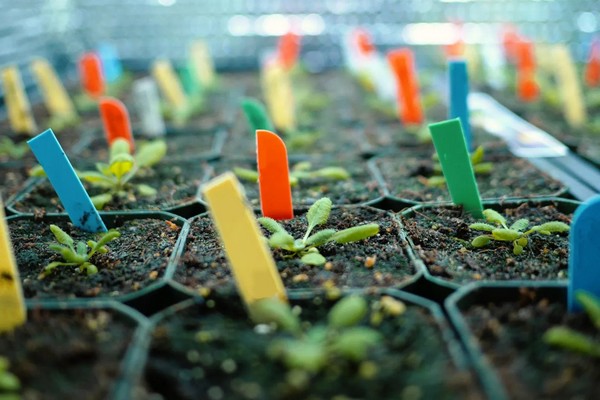 The plants are being grown using different light recipes mimicking different seasons of the year. Cameras are set-up to capture photos of the plants at regular intervals to catalogue their growth in real-time.

Dr. Uhrig said G2V’s lights are “well-designed” and small enough to fit in different research applications like those mini-grow rooms. He added that the canopy width of the lights ensures uniformity.

Dr. Uhrig’s passion for plants first began as a child when he grew up in London, Ont. playing outside and in his grandmother’s garden.

He has studied or worked at several universities, including Queen’s University and ETH Zurich, before coming to the University of Alberta in 2017 to open up the Uhrig Lab and become an assistant professor in the Department of Biological Science.

Dr. Uhrig said one of the lab’s goals is to “optimize a plant’s growth.” In the future, this research could help growers achieve more production and grow fresh, tasty produce on-demand, including things like avocados in a Canada’s northern climate year round.

“There are all sorts of amazing things you can do,” Dr. Uhrig added, including convincing hard-to-grow, valuable saffron plants to bloom more than once a year. He said it’s been a fruitful relationship because science remains a passion for both sides.