"If you want to do everything yourself, you will get nowhere"

"It's the best things that you remember from the old days. Going to the auction with a boat full of tomatoes on a sunny day, for example. But you forget that it often rained, that it could be cold and that the work was tough." Cees and Leo van der Lans are adamant. Do not get stuck in nostalgic feelings, but look forward. 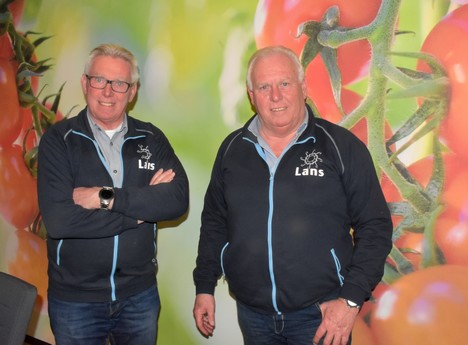 Always tomatoes
The brothers, the founders of the company Lans, one of the largest Dutch tomato nurseries, started looking forward in 1972. At age 18 and 19, they took over the company from their father. When they were 15 and 16, they were already running the company because their father suffered from rheumatism.

In all the years in the company's history, they have grown tomatoes. "Like everyone, we started with the normal round tomato. That was all there was back then. In 1978, we switched to beefsteak tomatoes. Business went very well, but after 11 years we wanted to do a bit more. We then switched to cherry tomatoes." And right on time, as turned out, because the Dutch products were labeled en masse as 'Wasserbombe' in the beginning of the nineties.

Tasty tomatoes
It marked the turnaround in the sector. Growers switched to the more tasty types. The tomato-on-the-vine was introduced around the same time. The brothers remember well getting acquainted with the tasty cocktail tomato at breeder Enza Zaden. "We could not understand that a tomato bigger than a cherry tomato, was still as tasty. The tomato held well one the vine. We then switched to tomatoes-on-the-vine."

The British supermarket Tesco was a satisfied customer. "They were so happy they asked whether we could supply the tomatoes year round. Although we had experimented a bit with lighting at the time, we first tried in Spain. That was no success. We were told the weather was always good, but in the season we were growing tomatoes, it was dark and cold. We tried heating, but when the second year was also dark, we quit." 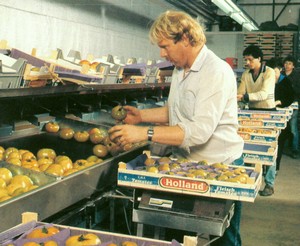 The brothers focused their attention on lighting. Together with other growers, they dived into the subject and in 2001, they set up a greenhouse in De Lier in no time with grow lights. That was a good move. Leo: "Now, 40% of the tomato growers has lighting. Since then, we started moving towards year-round cultivation, and Spain now sees the Netherlands as an important competitor." 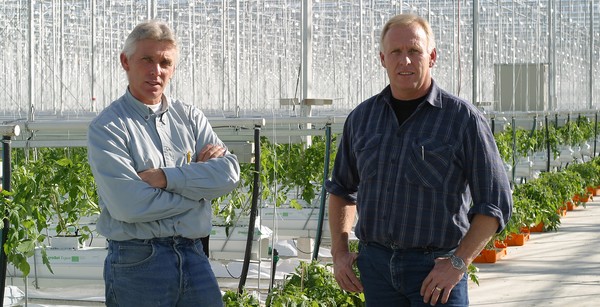 Step by step expansion
Looking back at the many expansions of the nursery, Cees and Leo admit they had not foreseen this when they were young. "When we left the old greenhouse of our father and built a new greenhouse on the Cubalaan, we thought: 'This is it, here is our future'. Cees even built a house. But after five years, we were already gone in the direction of 's-Gravenzande. The expansion to Maasland in 1990 was new with regards to control, because we were no longer living near the company. The organisation changed."

This was a first step towards other locations that would follow. In Maasland, De Lier, and when the Westland became too small, Rilland and Dinteloord. Since the cooperation of 'neighbor' Jan van Marrewijk in Dinteloord, the company is 74 hectares in size. There is 40 hectares available for new construction, and so the planning is to grow to 100 hectares or more. Leo: "That can also be abroad, alone, or in cooperation with others."

Heat from co-generation
While Leo is mainly focusing on the cultivation, Cees likes to think about innovation. It was his idea to get a CHP installation for his greenhouse on the Burgerweg. "Some co-generation was installed at growers, but the energy companies removed them because they were not effective. When the growers took control, it was possible. A grower knows much better at which times the heat and electrics must be deployed. You must also include a heat storage in the design of your company." 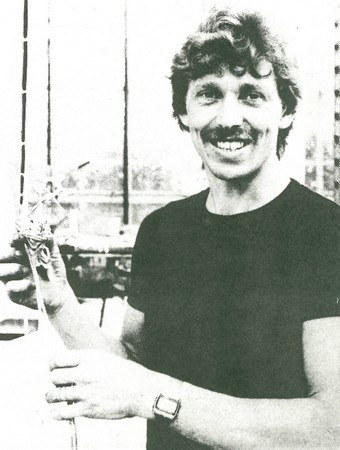 They founded the packing company GreenPack, which packed tomatoes from various growers. "By taking away packing, the nurseries could focus better, and better focus means more growth." More cooperations with fellow growers followed. Success is created by cooperating with people you have known for a long time. "We give each other our wallets, so to speak, but we do not create books full of agreements. The world is changing, so we want to change along the way."

Revolution
The next generation has joined the management by now. They have the same passion, but are very different entrepreneurs. Leo: "We are from the generation that uses a hose to water a plant. We did not yet have climate computers. The transition to substrates was a veritable revolution. We went from burning coal to oil and gas, and now we are heating one of our locations with geothermal heat."

"Things used to change more in a short time. The greenhouse we built in 2018 in Dinteloord is exactly the same as the greenhouse Maasdijk in 2007. Maybe the horticulture industry has seen the biggest developments in our generation, but that does not mean the sector is done growing. As we laugh now about going to the auction by boat, we might laugh in twenty years time that we are doing everything by hand."

Robots in the greenhouse
Cees sees a future for robots in the greenhouse. "Labor has become an enormous challenge in the last three years, and that will not change any time soon. The developments in robotization are not progressing rapidly. I have been working with a leaf picking robot. When it functions properly, harvesting will become even simpler. The trouble of robots is that they have to deal with variable conditions in the greenhouse. Every plant is different and the temperature and light influences the robot. The packing process has already been automated for the most part. In twenty years, much more should be possible."

Letting go
In spite of all the hustle and bustle of stakeholders - from marketing organisation Harvest House to Greenpack and from detachment agency NLJobs to breeder Axia etc. - the brothers take all the time for this interview. "All these activities should not increase our workload. If you want to do everything yourself, you will get nowhere. It is an art to gather good people around you, and then you can let go."

This is the eleventh part of a series 'Andere Tuinbouwtijden' in which a group of 'seasoned workers in the field' look back at times long gone. And in which we look at what their work meant to the current horticultural industry. Tips for the series are more than welcome and can be mailed to: info@hortidaily.com