"Willem, watch out for your shiny shoes!"

He was stuck during an entire Ramadan month in a Saudi hotel room, accidentally walked through newly poured concrete and became devoted to greenhouse construction. "Quite a story, isn’t it?" Willem van Dorssen sighs.

The 'first half' of Dutch greenhouse building company Van Dorssen & Frensch has been working with Ton Frensch for more than 20 years, but his entrance in the horticultural industry actually was an accident. Let's rewind to 1973, when Willem lived in Spain. The landlord of his apartment worked in the Middle East as a representative for a Dutch greenhouse builder. "He asked me if I wanted to join him. Every other month on and off and two days in between to catch up. I agreed and all of a sudden I was a salesman for Kombi Greenhouses." 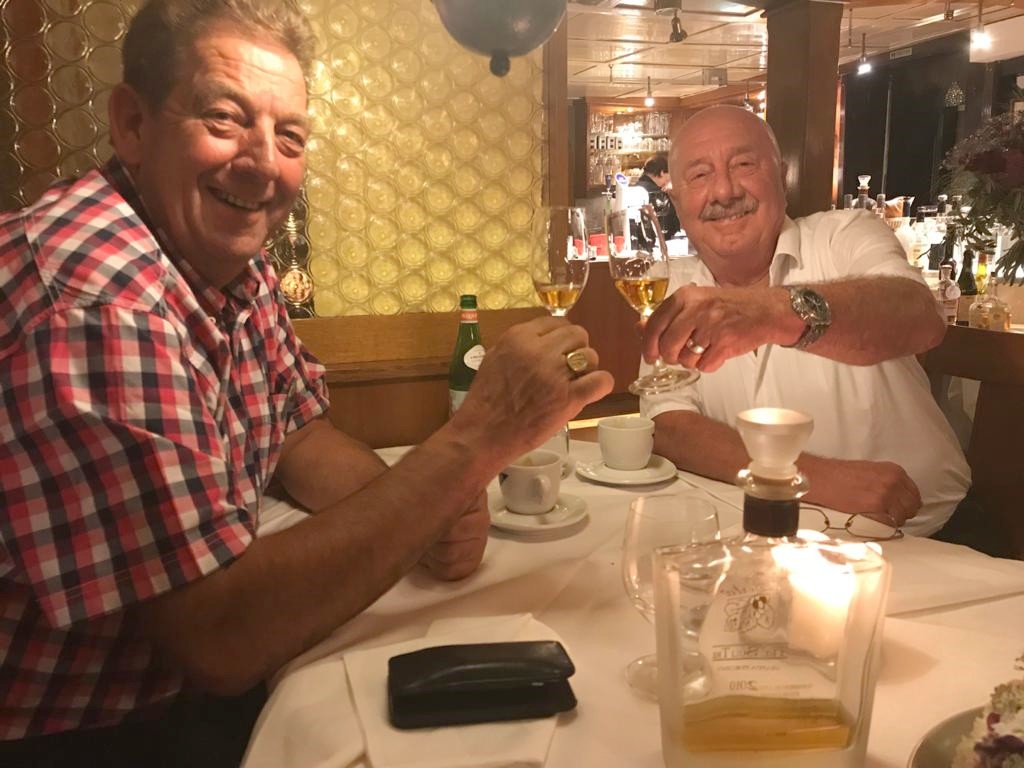 Saudi Arabia
At that time quite a lot happened in the Middle East. Dutch companies built greenhouses with cooling in the desert. "Strangely enough, greenhouses were also built 'just because the neighbor had one too'. An enormous amount of money was involved, although at some point that also stopped", Willem remembers.

For Willem, the adventure in Saudi Arabia lasted for two years. "It was hard to enter the country. At the consulate in The Hague you always had to do your very best to get the stamps in your passport. In the country you were an outlaw. We always carried 5,000 guilders in case we would drive against a camel - or worse."

After Willem had to stay in the country for a whole Ramadan period due to a mistake with a visa, he never went there again. "There was nothing to eat, I was the only guest in the hotel and could only drink a sip of water in my room. Then I thought: what did I get myself into?"

'Something special'
Nevertheless, Willem became devoted to the sector. "Well, international trade in capital goods is just something special. In particular in a cowboy-like market like greenhouse construction used to be. You are doing trade in all kinds of languages. For me it is a relaxed life, although there are always risks involved. You have to remain on top of the situation and you always have to communicate very well with your suppliers."

Greenhouses next to the swimming pool
After Saudi Arabia, Willem worked on projects in France, Germany, Slovakia, Russia and more. He remembers a project in Slovakia particularly well. In 1997 he met a group of entrepreneurs in a Viennese hotel bar. They previously built a thermal swimming pool in Slovakia. "They told me that the water they pumped up was 61 degrees. The water in a swimming pool can be 40 degrees maximum, so I asked what they did with the remaining 21 degrees. I explained how, instead of adding cold water, they could build greenhouses next to it with free heating. It took two years, then we built a 4.5 million mark greenhouse project there."

Dress shoes
He also suddenly remembers how he accidentally walked over a freshly poured concrete floor at a project in Bocholt. "I dropped about 15 centimeters with my neat, shiny dress shoes in the fresh concrete. Two hours later I had to fly from Düsseldorf to Russia. That meant buying new shoes in a hurry. At the next project where concrete was poured, the boys had smartly hung up a sign." Willem, please be careful with those shiny shoes?"

Very familiar in Switzerland
Willem and Ton built the most greenhouses in Switzerland. A reliable market in which they feel at home. "You have to show your face there very often. Up and down 40 times a year is no exception. Switzerland is not an easy market for an entrepreneur, but they value quality and we can offer them that."

"It cost us a lot of money to learn the market. Work permits, for example, are hard to get and if you do not have your documentation in order, you will be excluded. The minimum wage is, converted, 3,100 euro per month, a lot higher than in the Netherlands and our boys must be paid according to that Swiss rules. They check that on the pay slips. Those all are things that you learn over the years."

Fire and almost bankrupt
Twelve years ago, Van Dorssen & Frensch almost went bankrupt due to a financial setback. "I told my wife at the time: honey, I don't know if we can continue to live here. Well, she said, we just will start over again? That's why we've been married for 46 years."

"We were advised to file for bankruptcy, but both Ton and I were not raised that way. Decency comes first. It took some effort, privately we put a few signatures on paper and now we can laugh about it." Also a major fire in 2017 was overcome. "We have rebuilt the building ourselves."

Talent for languages
During all his travels, the language was never a problem for Willem's talent for languages. He speaks French, German, English, Spanish and of course Dutch at 'crossword puzzle level' and the courtesy expressions of Russian and Slovak. "If you speak Spanish, then Italian and Portuguese it not so much of a problem. We are often invited to say some words at the opening of a project. Then I like to recite a poem in the local language."

Willem likes to use that language knowledge to delve into the products he is selling. Although he has no technical background, he finds it important to know what he is talking about. "I have always looked closely at the delivery lists and in this way I learned the components of a greenhouse in detail. In Saudi Arabia I simply learned the brochure, about 80 pages, by heart. Of the two of us, Ton is the technical man and he sometimes jokes that I don't get it at all. It is important that you know what you are talking about. Even when you are the salesman."

Reducing
Slowly but surely Willem is reducing his activities within the company in order to retire in time. Looking back, he notes that a good relationship with suppliers has also been a determining factor for success. "The Duijnisveld company has for years been supplying our steel and aluminium we buy from Alcomij. Van Looveren has for years been supplying the glass. There is only one quantity to order for each project, so we always choose the companies with which we prefer to work."