Kees de Groot on his career in the greenhouse construction

'We must make something different than others'

When he made his round through the greenhouse with his wife during the open days in the Westland, Kees de Groot was always looking upwards. How are the connections? Is there a leak? "From leakages, you learn the most."

His house was filled with notes about coupling pieces and sealing profiles - the newspaper's edges were filled with small drawings. Now, at 79 years, ideas still fill the head of the man who often is referred to as one of the founders of the modern horticulture. 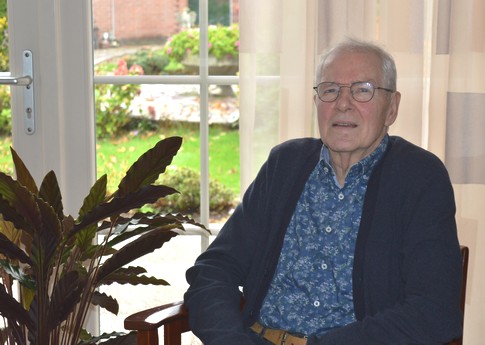 Kees remembers the bankruptcy as a difficult time. "It was a large chaos. Suppliers were at the gate with orders and we had to turn them away. All projects ground to a halt. The projects almost finished, we sometimes we allowed to finish, the rest was being taken over by other greenhouse builders." One of those others was Wanders. After the bankruptcy, Kees started working there.

Alkupro
Another couple of years later, Kees started his own company: Alkupro. He worked on various innovations, such as a greenhouse covering systems. Many projects are referred to. "We were all over the place. We have had the entire EU and also went to the United States, China, and Japan. In Arizona, we constructed an enormous project, divided in fields of 10 hectare. There was so much material that at some point it was impossible to find anything. A bad thing was that materials were also being stolen."

"In Germany, I realised that well-constructed things were very much appreciated." And that is exactly what drives Kees. As a true inventor, he was always drawing. "In Germany, they were not particularly fond of aluminum gutters. So I made an improved version of a steel gutter. Although thirty years ago, the design is still being used."

Wheels keep on turning
What Kees is missing from those days? "The time with my wife and children. I used to be away a lot. 'When family De Groot went on holiday, a stack of work went along. "My ideas must get out of my head. The wheels are always turning, because there is so much possible in the greenhouse horticulture, but the thing is, it can never cost the grower much." That requires creative solutions. "We have to make something different than others," is one of Kees' famous expressions. 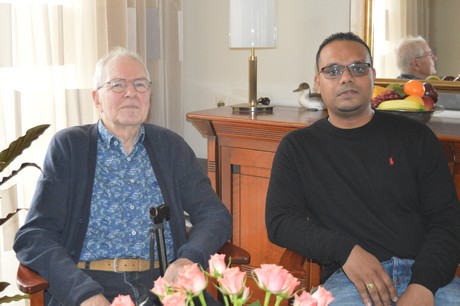 3D-printer
In the last six years, he can take his ideas to Dutch Agro Systems, the company he founded together with former Alkupro colleague Shaniel Raghoenath. This company supplies systems to greenhouse builders and also designs new systems. Recently, construction started on a building in Bergschenhoek.

Kees: "During the first two years, we only developed." A 3D-printer was purchased to test thought-up connection in practice. Kees loves that. "We have been able to solve many problems with this. During development, you can make serious mistakes, so a lot of thinking precedes it."

"I think that we can work with new materials in the future - we already went from wood to steel to aluminum - and new systems. Solidity is one of the properties of Kees' inventions. It has to be strong, storm resistant and easy to install. Shaniel and Kees spend the most attention to the last point. Assembly problems must be prevented as much as possible, so they work on systems which are, in their own words, 'asshole-proof'.

This is the fifth instalment in a series of 'Andere Tuinbouwtijden', in which various 'old hats' look back at time gone, and in which we investigate what their work meant for the horticulture now.

Part 1: Rob Grootscholten - 42 years of greenhouse construction...
Part 2: Peter Stuyt - As a Dutch-American, I like to combine...
Part 3: Leo Alsemgeest - Bit by bit a step back
Part 4: Harry Dullemans - Never say you're not there...