"Is everyone in?", Director Cees van Uffelen asked on the first Friday afternoon of 2020 around half past three. This was followed by chuckling, because the party location in the brand-new Horconex building in Poeldijk was jam-packed, with around 350 guests. Everyone was keen to see what that building, white and light on the outside, would look like inside. 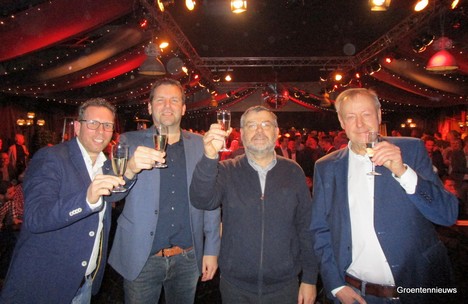 No gas
Also the inside, everything turned out to be brand new, white and especially bright. After the first pile was driven in November 2018 on a plot of 9,950 square meters, a building of 4,600 square meters was realized, half of which is industrial and the other half intended for offices, reception and meeting rooms. 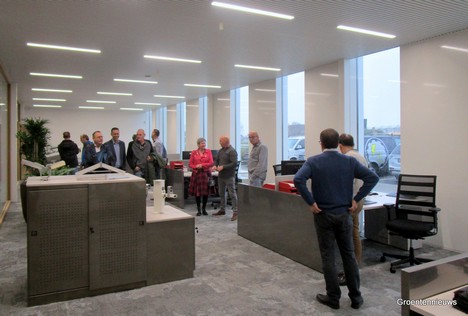 From 2 p.m. the guests trickled in to make a tour through the building on their way to the party location.

In line with developments in both the non-residential market and horticulture, the building doesn’t use gas and there are solar panels on the roof: 750 units in total. Together with two heat pumps and a special climate ceiling, these ensure a good working climate, whereby the ceiling also contributes to noise reduction. 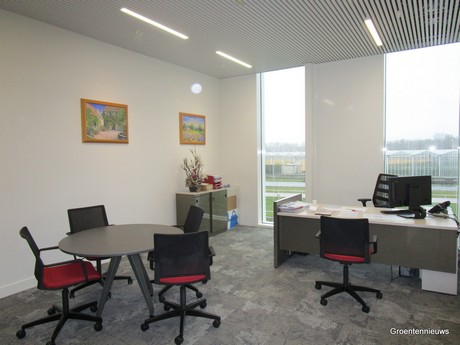 Cees’ office. Just like all office spaces, bright and with the striking climate ceiling.

Built with growth in mind
And that comes in handy, because around 30 staff members will be working in Poeldijk, out of a total of 55 staff spread over the other locations. In Poeldijk there is room for at least twice as many, so the building is made for growth. There are also sufficient meeting rooms equipped for visitors. 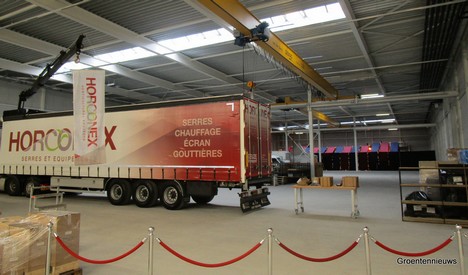 The industrial hall with the party tent in the background.

When the first pile was driven, Cees put it as follows: “Growers nowadays no longer come on their own to discuss the construction of a greenhouse with us. And investors are also visiting us more and more often. Then you do not want such an investor to have to look for a parking space nextdoor, as sometimes happens here in Naaldwijk. It's also about your image as a company." 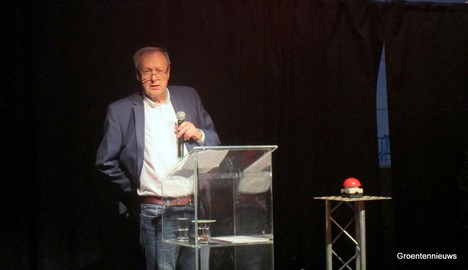 Now a real step back for Cees
There were some frowns here and there, when director Cees van Uffelen of greenhouse builder Horconex in the summer of 2018 announced the construction of a new building. Especially when he also mentioned that he would 'take it easier'. It was difficult for colleagues to imagine that, for a man who is so passionate about the company and who likes to keep an eye on everything, even when he is not at the office. 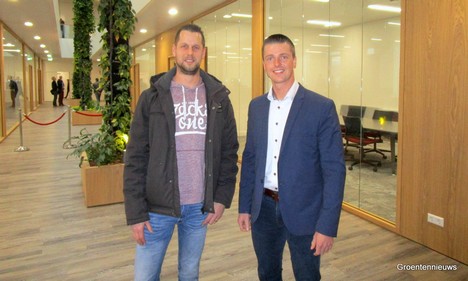 Ruben Voois, who was employed by Horconex until a two weeks ago, but who has since started working at John Snoek Glastuinbouwtechniek, also had a look. Also in his new position he continues to work (together) with Horconex and is here photographed with Tim Kreuger from Alumat Zeeman.

Nevertheless, now that the opening has passed, Cees has decided to really take it a bit easier, as he said in his speech. In it he joked that he is receiving more and more stair lift and mobility scooter advertisements lately. He also looked back briefly at the start of the company, the time when work was done from home and a trip to France was made every other week to get the company off the ground. Those really were tough times. 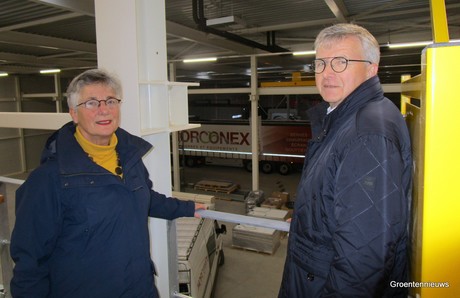 But now that there is a new management team consisting of Xander van der Wilk and Jeroen Heemskerk and also partner Michel Le Coz from France keeps the company going, Cees is going to take a step back. However, he will continue to do some commercial work and also remain active in a supporting sounding board role.

View the photo report here. Even more photos will be shared by Horconex. In the evening there was finally also a party for the employees.