US: BrightFarms expands with 280,000 sq.ft. location in North Carolina

BrightFarms will create 54 jobs in Henderson County, North Carolina, Governor Roy Cooper announced. The company will invest $21 million to operate a hydroponic greenhouse in the Etowah community of Henderson County.

“Agriculture has always been a strong driver in North Carolina, and BrightFarms’ expansion is good for our state. They are committed to conserving water, land and energy resources while growing their business--green economic development that is good for the company, the community and the workers who will support them,” said Governor Cooper. 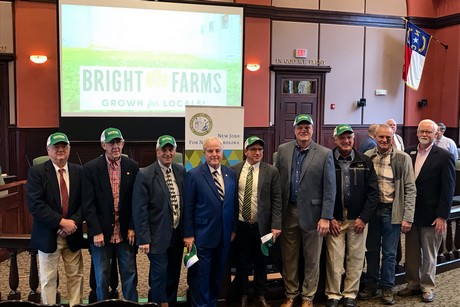 280,000 square feet
BrightFarms’ North Carolina greenhouse will be the company’s sixth and one of its largest locations to date. At full production, the 280,000SF state-of-the-art greenhouse in Hendersonville could produce up to two million pounds of leafy greens each year.

“Today’s consumers are searching for produce that’s fresher, safer and responsibly grown. It’s the reason that locally grown food has become the #1 purchase driver in produce for supermarkets,” said Steve Platt, CEO of BrightFarms. “We are incredibly grateful for the support from Governor Cooper and the North Carolina Department of Commerce and look forward to bringing local, pesticide-free leafy greens to North Carolina and neighboring states.”

Choice for North Carolina
“North Carolina is a great location for innovators like BrightFarms to do business,” said North Carolina Commerce Secretary Anthony M. Copeland. “The company will join more than 1,000 food and beverage manufacturers in our state and will have their local produce available to a large supply chain along the East Coast.”

The North Carolina Department of Commerce led the state’s support for the company’s decision.