What is the best humidity for a tomato plant?

Well, of course, this depends on the age of the crop, the amount of light the plant receives and the outside conditions. But Godfrey has developed a table as a guideline that shows the recommended Humidity Deficit for a tomato plant in a semi-closed glasshouse. 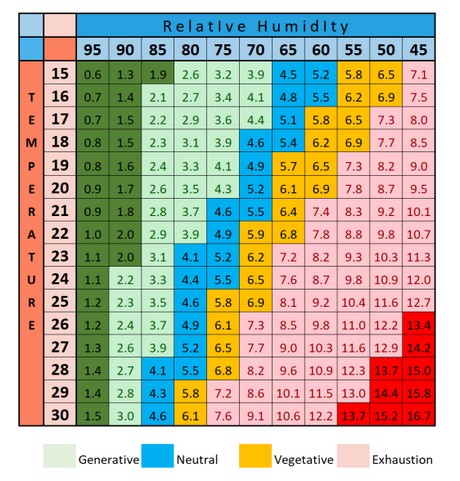 Figure 1; Humidity Deficit for Tomatoes at 8-9 air exchanges per hour.

Besides the recommended levels it also shows at which level the humidity deficit becomes a vegetative action, and when it is a generative action. Recent, Godfrey discussed the importance of knowing what the temperature and humidity of the air that is blown into the glasshouse is. It is really the difference between these two that gives a true reflection of the transpiration rate of the crop. Godfrey is working on guidelines for this difference.

Until the moment the guideline is there, growers can use the table in figure 1 as an indication. The night-time humidity is marked as dark green. Conventional glasshouses cannot maintain these low HDs but they are fine in a semi-closed glasshouse.

The areas in light green, blue and orange are optimal, but an additional guideline is given by indicating which HD causes generative growth (light green area) and vegetative growth (orange area). Blue is neutral. This helps a grower determine when to turn on the cooling pad wall. The area in pink and dark red causes exhaustion in the plant and should be avoided.

The HD values described in the table above is based on 8-9 air exchanges per hour. It makes sense that at higher air exchange rates a lower allowable HD should be applied. This also means that at lower air exchange a higher HD can be applied. Less air passing by the plant means there is less dry air sucking moisture from the plant. The relationship between HD and air exchange is reflected in figure 2. At a low fan speed, a higher HD can be maintained. This is particularly useful during dark humid weather, when the fans can be used to improve transpiration to keep the roots healthy. Similar tables like this one and the one in figure 2 need to be developed for other crops. 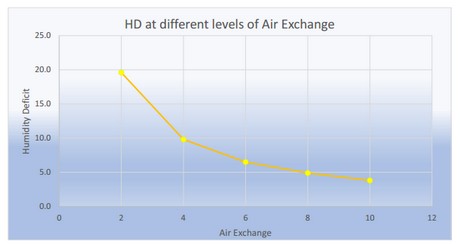 Figure 2; At lower Air Exchange a higher Humidity Deficit can be maintained.

The table in figure 2 shows that at 10 air exchanges per hour and an HD of 4, the air extracts the same amount of moisture from a leaf as at 2 air exchanges at an HD of 20. Of course, when the HD is 2, the radiation is low and increasing the air exchange is an effective way to encourage transpiration to keep the roots healthy.

While currently most crops grown in a semi-closed glasshouse are tomatoes, there are also pepper and lettuce crops being grown with great success. The HD problem expresses itself very profoundly in lettuce where high HD leads to tip burn. The combination of high HD and high air exchange around the leaf causes extra transpiration of the plants. Calcium distributes itself through the plants following the water transport. As older, larger leaves can transpire more water, the calcium does not get to the young leaves leading to tip burn as they expand.

Tim van Hissenhoven, expert lettuce grower and consultant, has developed an HD table for lettuce for semi-closed glasshouses (see the table below). 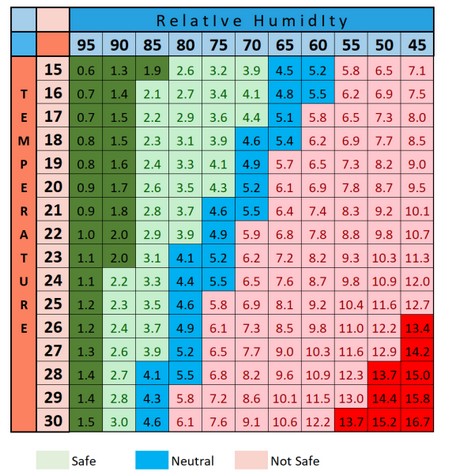 Figure 3; Recommended HD for lettuce in a semi-closed glasshouse at 8-9 air exchanges per hour.

In lettuce, growers only want vegetative growth. At high HD the chance of tip burn increases. In figure 3, the pink and red areas should be avoided. Of course, the table is only a guideline and tip burn can also occur through different causes.

On Godfrey's website http://www.glasshouse-consultancy.com a spreadsheet that calculates the acceptable and non-acceptable HD at different air exchanges can be downloaded.

This article is part of a series about growing in a semi-closed greenhouse. Read here more about no-go's for semi-closed glasshouses, cooling, the difference between semi-closed and pad and fan glasshouses and how to prevent momentum, becoming a crop to vegetative and humidity.