This week the team with Axia Vegetable Seeds is showing their varieties in Leamington at a special Growers Dinner at Wednesday 4th 6:00 PM in the Mastronardi Estate Winery in Kingsville. Not only this specific greenhouse area, but the North American market in general is developing rapidly. Current expansion projects offer opportunities – but challenges that growers have to deal with, like virus pressure and labor shortage, also affect the breeders’ business.  What varieties are there to help the grower of today? 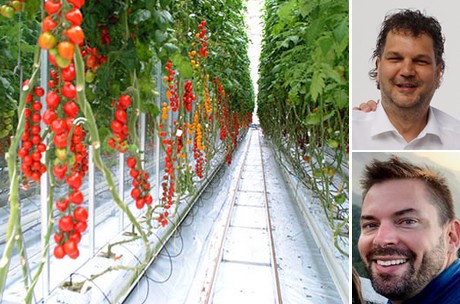 Expansion rates
The expansion rates of the major tomato players in the North American market are impressive. Just looking at the developments at Mucci, Mastronardi (Sunset Produce) and NatureFresh, there’s an annual expansion of dozens of acres going on. Still, the shift to cannabis has slowed down the total acreage expansion. “The growing area of tomato and bell pepper actually went down in Leamington, Vancouver, and some places in the U.S. as well. Now the market is looking to be back on track”, Cees Kortekaas with Axia Vegetable Seeds shares. The breeding company has become a major player in the North American market over the last couple of years. Thanks to  John Davis joining the team earlier this year the company also has an ongoing presence in the area.

Specialties
Especially the Axia specialty tomatoes are received well by the North American market. They entered a number of exclusive partnerships to develop particular market segments, like with the Axiany.

“Historically the large TOV was the most sought after in these countries too, but now 40% of the growing area is specialties”, John estimates. “There’s a big demand for these varieties and especially the various colours gain a lot of attention, since mixed packaging is also on the rise: packages filled with different colored tomatoes. Most of the major growers have a portion of their growing area dedicated to different colored cherry tomatoes.”

Also for the breeding company this affects the business. “In order to deal properly with the demand for specialties from this market we’ve set up a mega breeding program for specialties,” says Cees.

Bigger specialties
This doesn’t mean that there’s no attention for the bigger tomatoes – even in the US they still are the largest segment, and there’s opportunities here as well. “In the U.S. you see the open field product coming under pressure. This goes for the fresh market and for the fresh cut market,” Cees says. “More and more the fresh cut industry are moving toward greenhouse produce. By now fast-food chains such as Wendy’s and Subway are asking for greenhouse grown products and other players are also moving in this direction.”

He continues: “This opens up new opportunities for us in those markets, for instance a hybrid between beef and large vine tomato. Our new Marnax variety is just this, it’s a variety that doesn’t leak when cutting it, but it’s not dry. It can also be processed by machine without issue. The shape of the tomato is also ideal for cutting, allowing for one more slice than your average beef tomato.” The variety is currently doing very well in Russia, and now major American growers are picking it up as well. 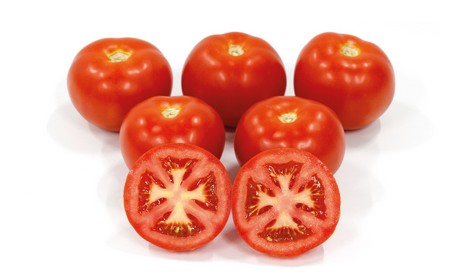 Then there is the TOV market. “For tomatoes above 80 grams the growing climate is a very important factor. Currently we have three TOVs in trial in Leamington and several beef tomatoes that seem to offer opportunities for this region’s climate”, Cees shows. “There’s a definite demand for taste also in the bigger tomato varieties. That’s why products like Xaverius and Speedaxy are appreciated in Canada, as well as the HTL1505394. These products combine flavor with favorable organoleptic qualities.” 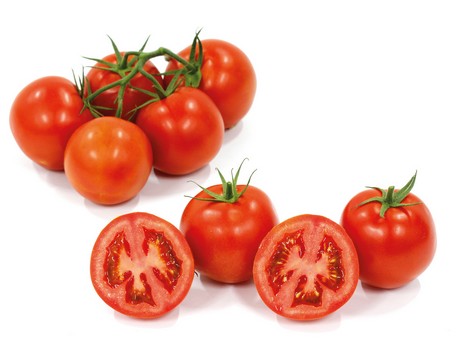 Labor makes the tomato crop shift
For the smaller varieties, the climate in which the greenhouse is located seems of lesser importance. “Of course you can optimize, but in general they are less dependent on the climate circumstances. Therefore we see that many of the specialties are being grown in locations favorable for energy costs and labor – like Mexico. Labor is now 15% more expensive than last year in the U.S. and Canada, and this is the second year in a row that these wages have increased,” John says. “This is why a lot of production is moving to Mexico, where labor costs aren’t increasing at these breakneck speeds. Of course in our breeding programs we work on this too: we have to make sure these tomatoes are suitable for export, meaning they can withhold longer transportation for example and do not crack or lose taste. And in general: if we can offer a variety that helps growers save on their labor, this is a direct win for their costs. Labor therefor is top of mind with our breeders team as well.”

Varous colours and storage tests in the Dutch facility

Helping growers
This night the breeders will show several of their varieties to growers in the Leamington area during a growers’ dinner at Mastronardi’s winery. Of course this combines business with pleasure, but it is also because of the virus threat in the North American market, where ToBRFV is feared amongst growers and results in demo greenhouses being closed, trials being less in favor and greenhouses remaining shut for visitors.

Of course the team with Axia Vegetable Seeds is doing everything in their power to create a ToBRFV-resistant tomato. “But this might take probably around five to ten years. The main issue is that the virus consists of multiple different genes, it’s similar to the Pepino virus in that sense”, Cees explains. “There are definitely some breeds that are doing very well at the moment. Our Prunax variety, for instance, has so far not shown any brown rugose symptoms. This does not necessarily mean that it is resistant, but it shows promise. However, most diseases consist of only one gene, and it’s more likely to breed resistance against this."

Demos
For now it means that many trials are hard to be visited and therefore information is shared in other ways. The Dutch demos with Axia on the other hand are again opened up for growers and within a reasonable amount of time the team hopes to open up their own demo greenhouse in Leamington as well.