Ralph Barkmeijer: “Combination of fresh fruit and vegetables, without addition of dairy, means these ice creams are unique”

Because temperatures are expected to surpass 30 degrees Celsius this week, the ice cream sales will once again take flight in the coming days. Various retailers provide the option of buying a healthy ice cream, made from fruit and vegetables. So far, strawberries, beetroot, fennel, mango, orange, carrot, ginger and passionfruit are used as ingredients for the three flavours of Gigi. 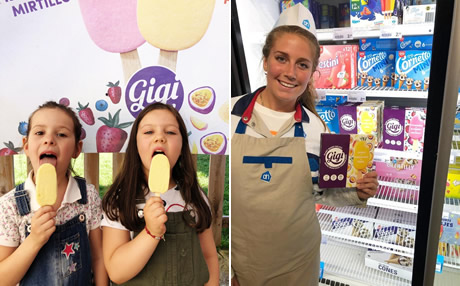 Gigi is originally Italian, and that’s where Ralph Barkmeijer, previously employed in the fresh produce sector by Harvest House Group, was introduced to the healthy ice cream and his current partner and co-founder Zeno Tosoni. “Initially, we tried to make ice creams within Harvest House, using tomatoes and bell peppers, but that fell through in the end because it was too far removed from our core business.” 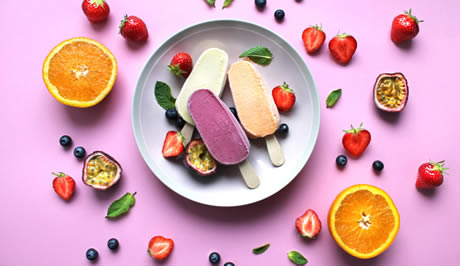 The arrival of the ice cream in Dutch retail shows vegan ice cream is receiving a lot of attention. “We recently came in third during a product pitch of Dutch supermarket chain Albert Heijn, and as a result, the ice creams are now sold in 200 branches. The vegetable ice creams are also available at Hoogvliet, and Lidl will start selling them under the Gigi brand for at least one week starting on Thursday,” Ralph says, enthusiastically.

Gigi is an abbreviation for the Italian name Luigi. Although the majority of Italian men have this name, the ice cream brand was named for Luigi, the Italian gelato maestro and professor at the ice cream school in Rome. For more than thirty years, he has done nothing besides making ice cream, and he even has the Dalai Lama and the chef of former US president Obama as clients. It’s therefore no surprise Zeno and Ralph asked him for help developing the ice cream. 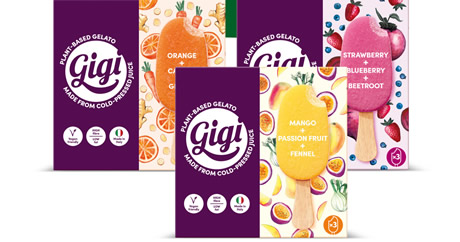 According to Ralph, the success can be found in the recipe. “We even developed technology that replaces cream with natural fibres. A well-known producer of Dutch fruit juices supplies the ingredients for the ice creams based on cold-pressed fruit and vegetables. Gigi is made with actual fruit and vegetables. We never use heat, so it tastes fresh, and this also preserves nutrients. We don’t use milk, cream or eggs. Our Gigis are 100% plant-based.” 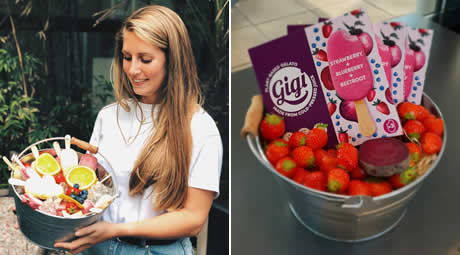 “As a result, we’re responding to the health trend. In the Netherlands, 41 per cent of the population wants to eat healthier, and vegan is quickly becoming more popular. We succeeded in creating ice cream that isn’t just healthy, it also tastes great! The combination of fresh fruit and vegetables without the addition of dairy products means Gigi ice cream is unique. They taste just as good and creamy as any other ice cream,” Ralph concludes.