Greenhouses, crop protection, screens, shading installations, crop enhancement products, automation solutions, climate control tools, installation companies, heating solutions, watering novelties and LEDs, LEDs and LEDs. That was GreenTech 2019 in short. Want a little bit more? We have almost 400 pictures waiting for you. Sit back and relax at the start of this new week to see who and what was on display at the fair.

When the GreenTech organisation last year announced it would switch from a bi-annual to an annual schedule, responses weren't positive only. Would there be enough novelties, would there be enough to see, would enough visitors make the trip to Amsterdam? Looking back on the event, the answer is yes to all. Growers from all over the world decided to visit the show this year.

The effect of GreenTech retaking its place in the annual exhibitor list could already be felt on the IPM. In the past years, various suppliers decided to exhibit there and some vegetable growers visited the show. During this years event, it has become clear that the GreenTech is the place to be for horticultural techniques. With 12.489 visitors from 114 countries, a 20% more, the show has been better than ever, according to many exhibitors.

Horticulture 2019
Competition is on in the greenhouse industry and suppliers have to prove their worth. Whether are greenhouse coatings, screens or LEDs, new players present themselves in various product groups.

Also new this year was the medical cannabis pavilion, something that attracted a lot of attention from both people inside and outside the cannabis industry. There is still a lot of knowledge to be gained in this area, both for growers and suppliers, and so it was good, it was said, that in the Netherlands too 'knowledge' is finally being shared openly about this cultivation. Whether it was lighting, climate, sensors or hygiene, there is a lot of interest from the cannabis sector.

Please find our photo report of the cannabis pavilion on MMJDaily.com

Still, the cultivation of vegetables and, to a lesser extent, ornamental plant crops, was the most important topic at the show and how to apply techniques to get the best out of your crop. As said, many LED and light suppliers found their way to the show, with almost all of them offering growers the optimum spectrum and the highest possible light intensity. Breeders are also slowly finding their way to the fair: in addition to BASF Vegetable Seeds, Rijk Zwaan was also present this year.

International expansion
GreenTech’s growth also continues internationally: GreenTech Americas 2020 in Mexico was launched on the 1st day of the show. This trade show will be organised because of the market potential for horticulture, massive increases in agricultural production and the number of hectares under protection. This will take place on 24-26 March 2020 in Querétaro. 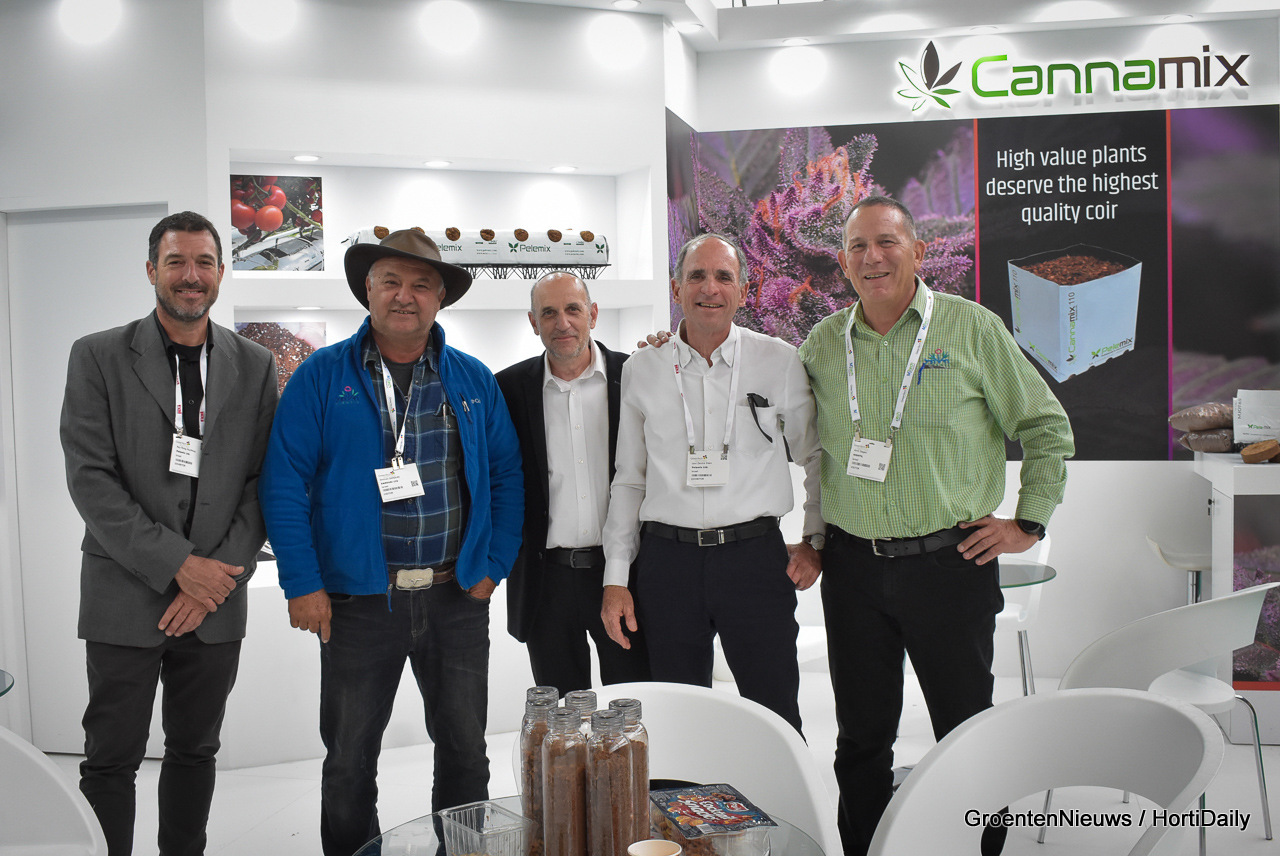 Many growers visited the show. Israel growers Shimon Zanzuri with Zanzuri and Amit Dagan with Hishtil visited the Pelemix team.

Monday, Tuesday, Wednesday 2020
So not critic at all? Well, of course there is. The show timing wasn't much fortunate this year since it aligns with the US trade show United Fresh and due to the start on Tuesday - immediately after Pentecost. As a result, the costs of stand building where higher since Pentecost Monday is a holiday in Netherlands. In addition to that, travel costs on Tuesday were said to be more expensive. So, some international visitors might have decided to come by on Wednesday.

The same story will also play out next year, as the fair will be held from Monday 8 to Wednesday 10 June.

Check out the photo report of the cannabis pavilion on MMJDaily.com