Engineer Paul Zabel pleased about cultivation project in the Antarctic

"Vegetable farming on the moon is possible, as the past months have shown"

At some point, people will grow their own vegetables on the moon. There are already concrete experiments for this: in a greenhouse in the Antarctic, Paul Zabel planted cucumbers and tomatoes for a year. Germany's Deutschlandfunk Nova inquired about the results of the cultivation.

Exclusively minus temperatures, no rain, no sun and no earth. Not exactly conditions in which plants feel at home. But this is exactly the environment that Paul Zabel's vegetables encountered in the Antarctic. 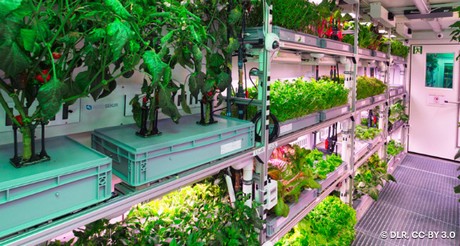 Cultivation in a container
Paul is an engineer at the German Aerospace Center. This was his task for a year: growing vegetables in a greenhouse container, including radishes, cucumbers, tomatoes, lettuce, kohlrabi and basil. The aim of the project was to show that vegetables can generally be grown on the moon or even on Mars. Paul says: It's possible. The past months have proven this.

The Antarctic greenhouse also used techniques that are already being used commercially in greenhouses in Spain and the Netherlands. The big difference: every gram of material counts. Because the entire technology must be brought to the moon with a rocket. Transport capacity measured by weight and volume is one of the limiting factors.

Paul is now evaluating his data and completing the project. He found, for example, that the system that supplies the plants with water, must be improved.