"Growing needs to be done based on facts" 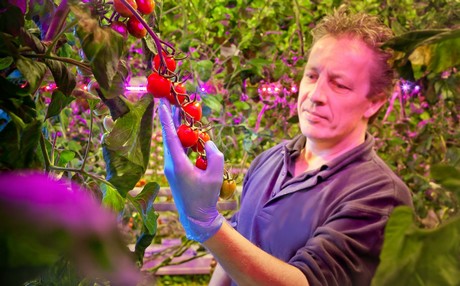 High-tech horticulture
Nic is no stranger to the job since he has worked as a cultivation advisor with Substratus and Lycopersicon from 1995 to 2007. After that, he worked as an operational director and co-owner of one of his biggest costumers: Agrocare. “The work there matched my own ideas and developed with the future in mind. Horticulture became more professional and more intense”, Nic says.

In 2017, after ten years, Nic left Agrocare. Now, after some exploration in the world of seeds (Axia) and interim-projects, he has gathered the knowledge he gained and brings it with him to his new advisory role. For this role, he specializes in the cultivation of tomatoes in the broadest sense of the word and that includes management support and training. He is to focus on (Northern) Europe and the high-tech horticulture.

Cultivation advice
From exposed and unexposed, from the small cherry tomatoes to large tomatoes on the vine, from labor to growing recipes. Nic explains that no matter the topic, growing needs to be done based on facts. This is true for the optimization of existing cultivation as well as for new projects, whether long or short term and for the training of the future labor and cultivation managers. “Technique need to support cultivation. It doesn’t matter if you're acquiring the newest technological advancements or using current technologies to its fullest or are settling on the cultivation recipes – you need factual data analysis to achieve the best results.”

Company advice
Besides the cultivation advice, Nic also works on supporting management. As a sparring partner for entrepreneurs, he offers support to maximize business efficiency. “The horticultural industry keeps on expanding, and that means growers are becoming more like entrepreneurs. This is a totally different field and demands a different skill set.”